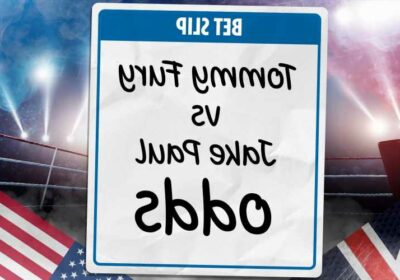 TOMMY FURY is the bookies' odds-on favourite to defeat Jake Paul in their eagerly anticipated showdown.

The bout will take place in Miami on December 18 and Paddy Power have odds on who will come out on top. 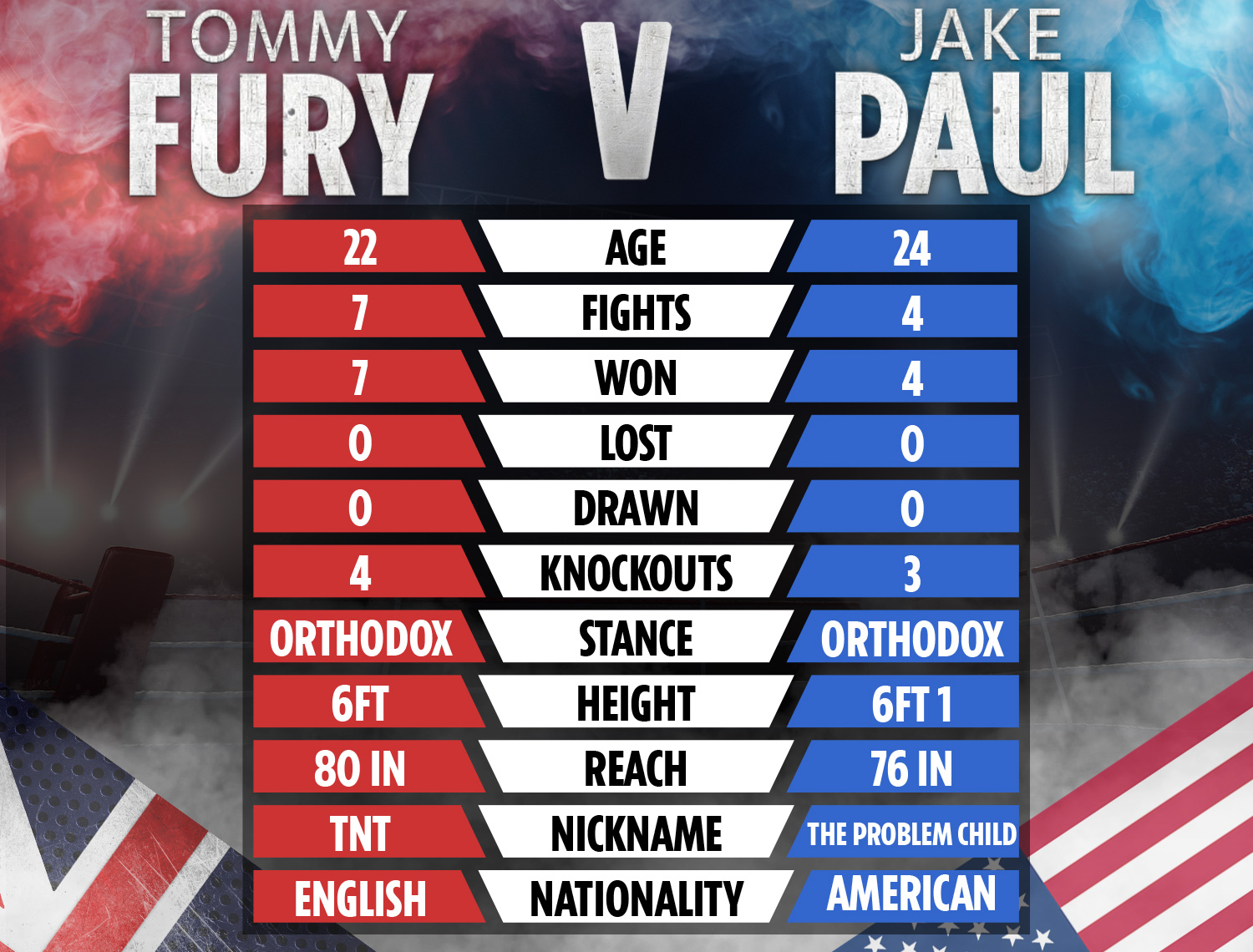 Fury would be Paul's first opponent who is a professional boxer, after previously taking on YouTubers, a retired NBA basketball player and two former UFC fighters.

The internet sensation stepped away from boxing after beating former UFC champion Tyron Woodley, with a perfect record of 4-0.

The fighter has earned millions since his white-collar bout against KSI's brother Deji in 2018, which kickstarted his venture into boxing.

His stock in boxing has sky rocketed and now Fury wants to arrange a lucrative bout with the American and inflict his first defeat.

Paddy Power have Fury as the overwhelming favourite to win at 8/15.

While Paul is 8/5 to defeat the Brit who is 7-0, after also making his debut in 2018 before he shot to fame in the UK after starring on Love Island.

The two have been in a war of words online in recent months and Furyvows to end Paul's boxing career for good.

Fury told TMZ Sports: “I will end his boxing career. There is no more Jake Paul after we fight, that’s it.

“Jake Paul gets me nowhere in boxing terms. He’s not a boxer, so beating (him) doesn’t get me a world title shot, it doesn’t get me any respect from any of the other fights.

“Everyone knows what other fighters think of him, so it doesn’t get me anywhere.

“It’s a good payday, an easy fight, but then I’m going back into the proper boxing world.

“I’m going to win some titles, go down in history, and do what I’ve been doing my whole life.”

For help with a gambling problem, call the National Gambling Helpline on 0808 8020 133 or go to www.gamstop.co.uk to be excluded from all UK-regulated gambling websites.

*New customers only. New customers only. Place your FIRST bet on any sportsbook market and if it loses we will refund your stake in CASH. Max refund for this offer is £20. Only deposits made using Cards or Apple Pay will qualify for this promotion. T&Cs apply. Paddy's Rewards Club: Get a £10 free bet when you place 5x bets of £10+. T&Cs apply. 18+ Begambleaware.org