TOTTENHAM'S shock 2-1 loss to NS Mura was the equivalent of being beaten by the likes of Accrington Stanley or Gillingham, say the stats. 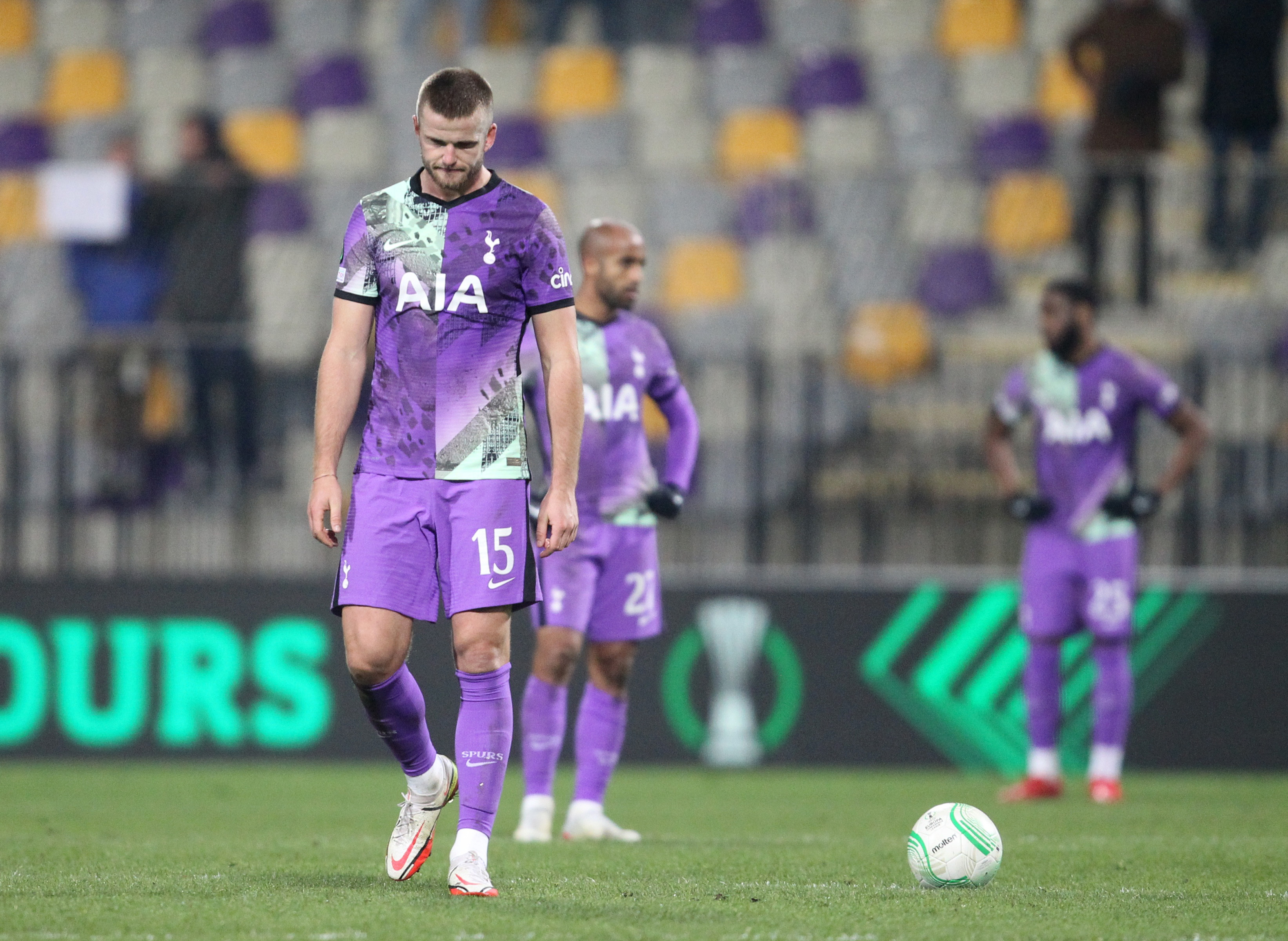 The result sees Antonio Conte's men teetering on the edge of elimination from the Europa Conference League – a new tournament they were supposed to be favourites to win.

They rank 378th in the Euro Club Index – the lowest of any team in the Europa Conference League.

This puts them at around the level of some of League One's smaller sides.

"Mura's closest equivalent in England are a number of League One clubs with Accrington Stanley, Burton Albion, Cheltenham Town and Gillingham having the closest Euro Club Index ratings."

The 'pathetic' result led a baffled Conte to admit: "After three weeks I am starting to understand the situation.

"It is not simple. At this moment the level at Tottenham is not so high."

And former Spurs midfielder Jamie O'Hara couldn't believe what he was watching.

He ranted on Sky Sports: "These are a Slovenian top-flight side that I would expect a National League side to give a game.

"It has been a disgrace and some of the players – and I’ll name them as well – (Matt) Doherty, (Tanguy) Ndombele, Dele Alli, Davinson Sanchez were absolutely shocking, they shouldn't wear a Spurs shirt again some of them in my opinion.

"This is a European game you need to win and go out an impress a new manager in Antonio Conte.

"You've got to go out there and give everything you’ve got and put in an unbelievable performance for yourself to say 'I want to be part of this group and part of this Conte era' – and not one player on that pitch deserves any credit from that game.

"It was a shocking performance. These players are strolling around the park like they’re dismissing this game as if they think they’re too good to play in it.

"It was an absolute disgrace from some of them – and if Conte doesn’t make big changes – get them out of the club, get ride of them, get them off the wage bill – we don’t want them, it was pathetic."

Spurs next travel to Burnley on Sunday, with their new boss hoping to make it three Premier League games undefeated since he replaced Nuno Espirito Santo.