The 31-year-old uploaded a series of videos to her Instagram story of her working out at the UFC Performance Institute just weeks before she is due to give birth. 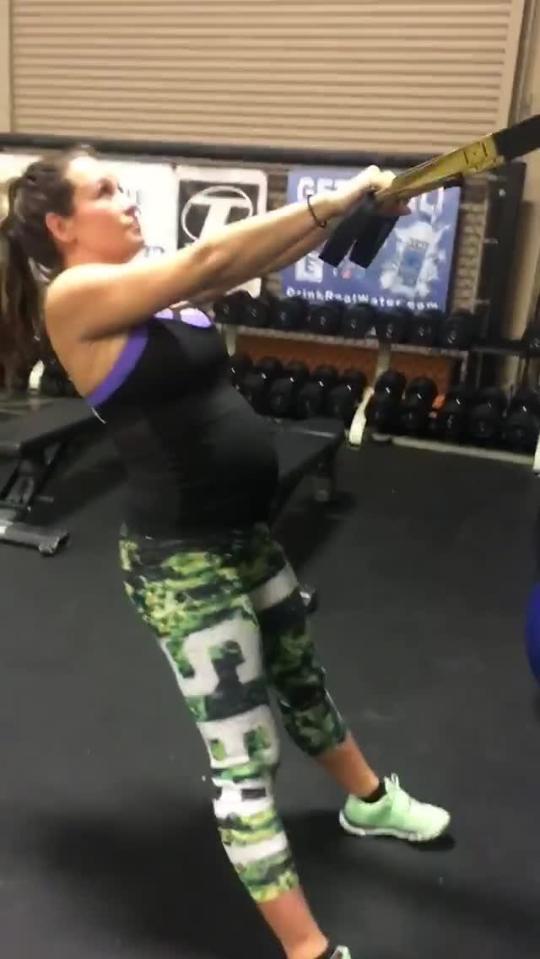 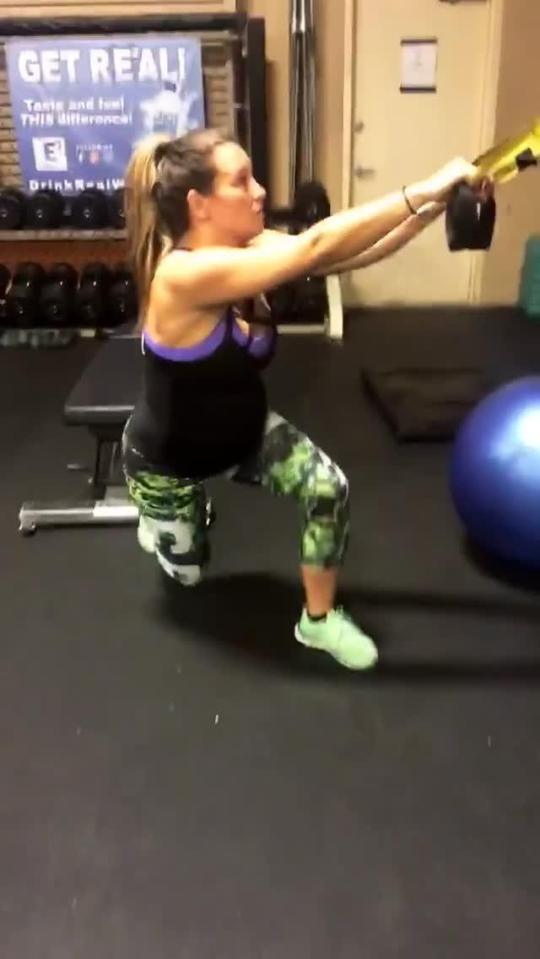 The former UFC bantamweight champ hung up her gloves in 2016 after 25 pro MMA bouts.

Tate has previously shared photos and videos to her social media accounts showing that she is not letting pregnancy get in the way of her healthy lifestyle.

She has been described as "amazing and a true inspiration for all moms out there", "awesome" and one person on Instagram told her to "continue doing what you know is right for you".

Last month SunSport reported on the horror moment heavily pregnant Tate was was pounced on by a fearsome Cane Corso while out walking her pooch, Skooter. 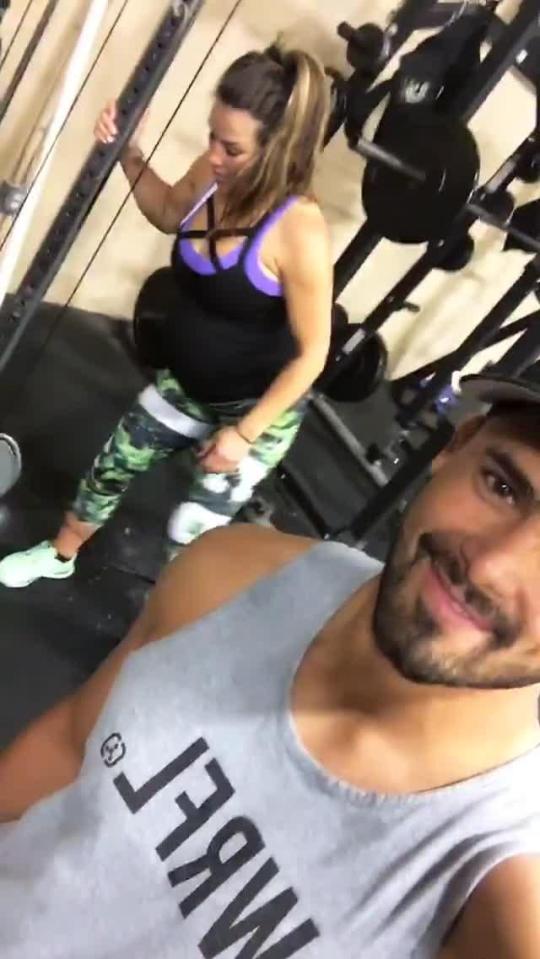 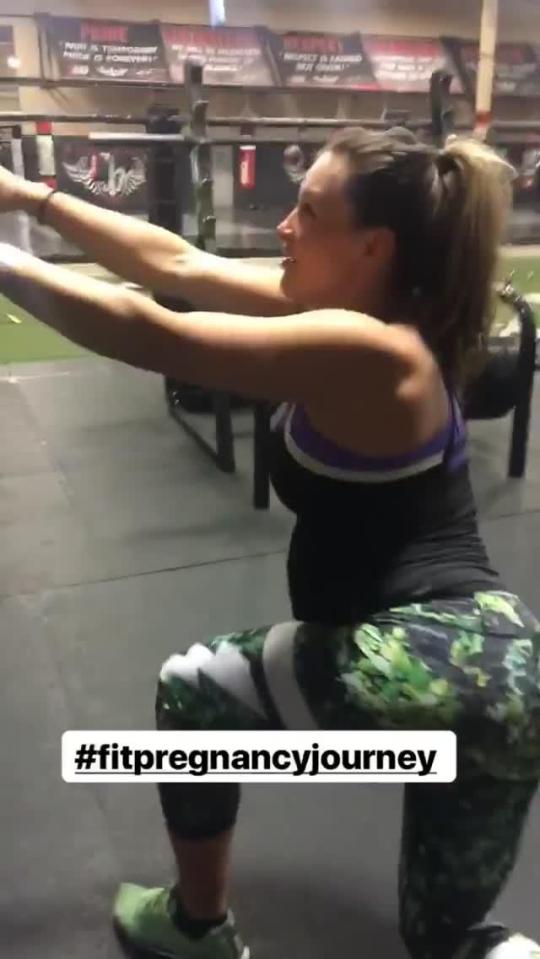 The 31-year-old, who suffered two defeats to Ronda Rousey before ripping the belt from Holly Holm in 2016, took to Facebook to explain the terrifying experience.

Tate wrote: “So this happened a few days ago, my dog Skooter and I were out for a walk around the neighbourhood when a Cane Corso escaped from its back yard and proceeded to sprint after my dog.

“I could tell by the body language and hair raised this was no friendly approach.

“Before I knew it the dog was over the top of Skooter and just as it went to bite I tackled the dog. 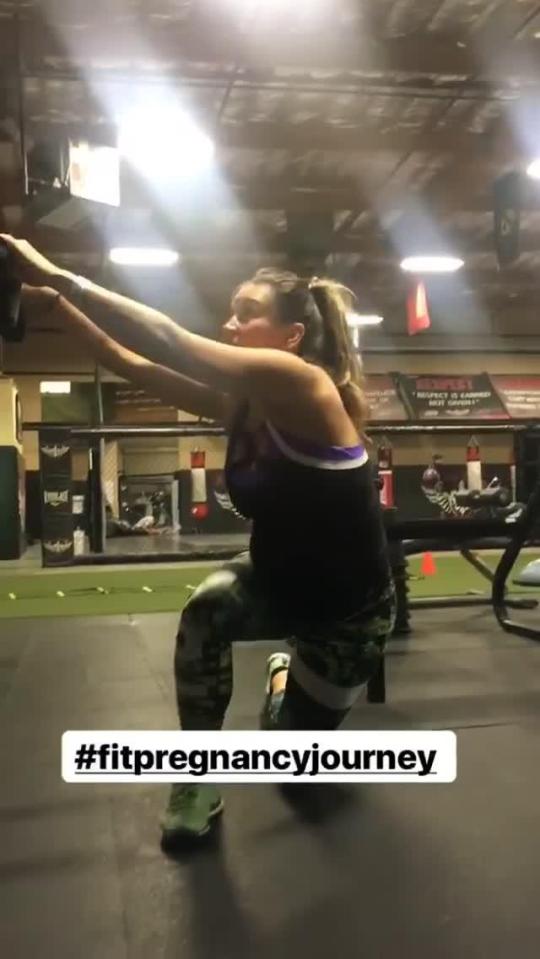 EXERCISE IS KEY DURING PREGNANCY

Regular exercise while you're expecting could slash a whooping 50 minutes off the agony of giving birth, scientists in Spain have found.

The study, at Technical University of Madrid, is the first of its kind to look at how prenatal exercise impacts on the duration of labour.

The NHS recommends that all mums-to-be stay active throughout.

Staying fit helps adapt to the drastic changes your body goes through, as well as limiting any extra weight gain.

It can even help you cope during labour, and help new mums snap back into the pre-pregnancy wardrobe faster.

Osteopath Tom Parry, said being a mum is "one of the toughest endurance sports out there".

He said done right, exercise is a vital part of any pregnancy.

"The body needs to move," he told The Sun Online. "And when growing another human, the female body must stay true to this."

“I pushed her off of my dog and quickly scooped up my pup as she ran off.

“I couldn’t believe what happened it was all so fast. I stood there for a second in disbelief and shock, I could have lost my best friend that day…..

“Luckily Skooter had a scrape on top of his head and a wet ear and scuffed up paws but otherwise he’s ok.

“I’m so glad it wasn’t worse, I’m glad I could get to them before she latched on to Skooter and thankfully she was not aggressive towards people.

“Later part of me felt guilt for potentially putting my baby in danger at 7 1/2 months pregnant but it was instinct I had no time to think and I am sure I would react the same way every time.

“There is no way I could have watched my dog get shredded to pieces.

“2 things surprised me though, 1 I can still move pretty quick for a prego and 2 I still got some fighting spirit in me .