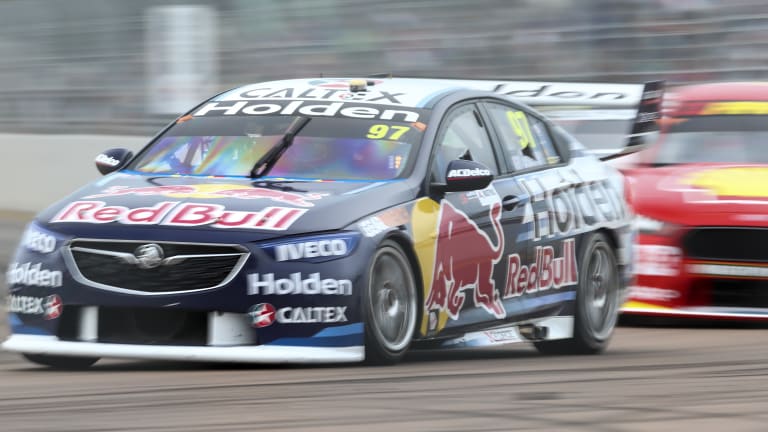 After securing pole position earlier in the day, Van Gisbergen came out on top of a tussle with teammate Jamie Whincup on the Reid Park circuit to claim his first win since the season opener at Adelaide in March. 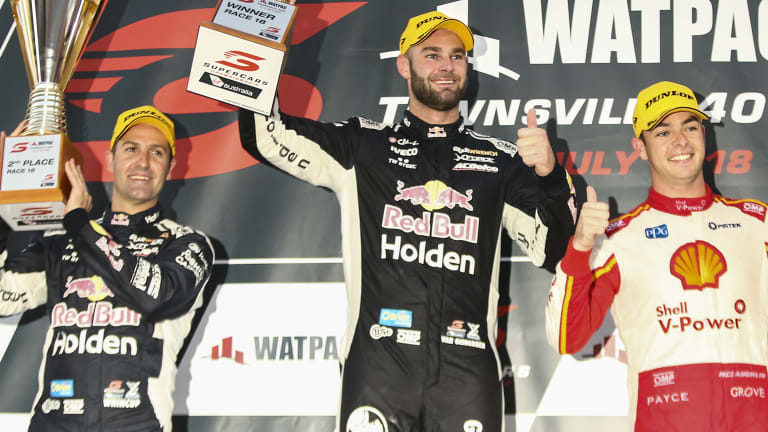 A safety car with fewer than 10 laps remaining, after Michael Caruso's Nissan was sent into a tyre barrier following contact with Erebus rookie Anton de Pasquale, ended the race with a five-lap sprint but the Red Bull duo held off rival Scott McLaughlin to secure the result.

That result was a good one for McLaughlin, who started the race seventh and fell back to 11th by the end of the opening lap.

The DJR Team Penske driver pitted early to get some clear air, with the strategy helping him recover and end the day with a podium.

Whincup backed up his winning performance on Saturday by finishing second as the Red Bulls swept all before them in north Queensland.

Red Bull Holden Racing Team finished one-two in both of the weekend's races with Sunday's top two a reverse of Saturday's.

Whincup now sits fourth on the championship ladder heading into the Ipswich SuperSprint at Queensland Raceway later this month.

Craig Lowndes ended an emotional weekend during which he confirmed 2018 would be his final full-time Supercars season with a fourth-place finish.

The Holden veteran has been jumped by Whincup in the standings but remains in the hunt for a fourth career championship.