Home » Sport » Walters backs Munster for return to Queensland No.6

Walters backs Munster for return to Queensland No.6 The halfback debate may be far from over but Queensland coach Kevin Walters has given his strongest indication yet that Cameron Munster is his man for the Maroons No.6 jersey.

Six weeks before the series opener in Melbourne on June 6, Walters admitted it was still an "open race" for the No.7 jersey but only mentioned Munster for the vacant five-eighth job after his stunning turnaround at Melbourne. 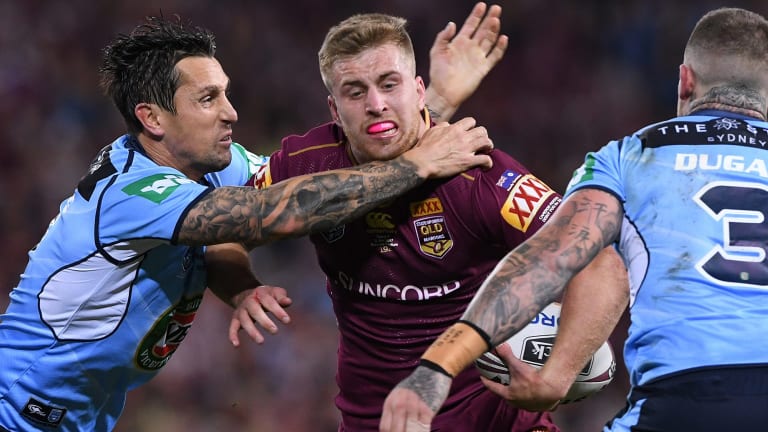 Munster was reportedly close to being cut by the Storm over disciplinary issues in February after it was revealed he had been briefly sent home from Kangaroos camp during the World Cup following an alleged dust-up with teammate Ben Hunt.

However, Munster has earned praise from Storm coach Craig Bellamy and Melbourne captain Cameron Smith for his off-field attitude adjustment that is clearly spilling over on to the field this year.

"Cameron is certainly putting his hand up in a big way," Walters told Sky Sports Radio.

"Of all the Storm players I think he has been the standout for them this year.

"I know he has made some changes to his off-field habits and the Storm are getting benefits from that."

Smith believed Munster had already done enough to retain the No.6 jersey he wore for the first time in game three last year after inspiring Melbourne's 34-20 win over Brisbane last weekend.

"His performance the other night (in win over Gold Coast) was probably his best of the year. 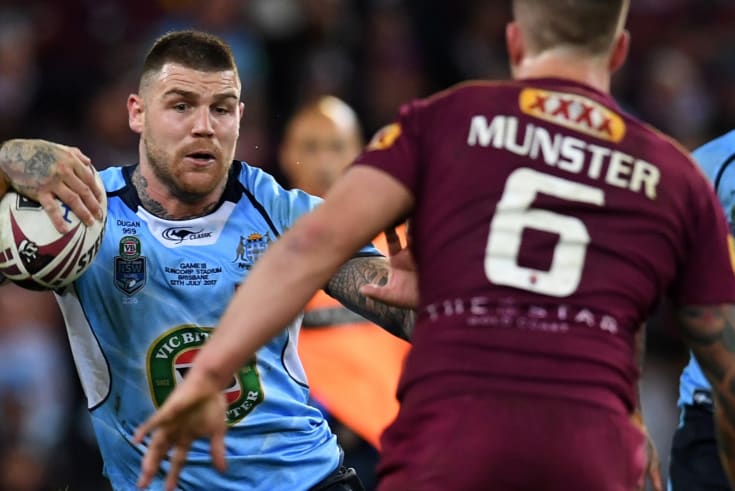 Cameron Munster looks set to regain the No.6 jersey.

"I liked the way he ran the ball a bit more and tried to challenge the line.

"I think he has got a bit of a hangover from last year with the World Cup as do some others.

"But I think over the weekend we saw an improvement from a lot of the players who were involved in the World Cup particularly the Queensland guys who are getting back to somewhere near we know they can play."

Walters said Eels halfback Corey Norman was also back in the frame after helping Parramatta break their season duck against Manly on Sunday.

"There are a few No.7 jumper options – Ben Hunt, Daly Cherry-Evans, Ash Taylor, Corey Norman who I know was in contention for game three last year," he said.

"There's lots of of guys we can select from. It is a matter of when the time comes who has got the touch who we think can get the job done for Queensland."