The event descended into chaos as Jake decided to square up to Mayweather and then stole his cap. 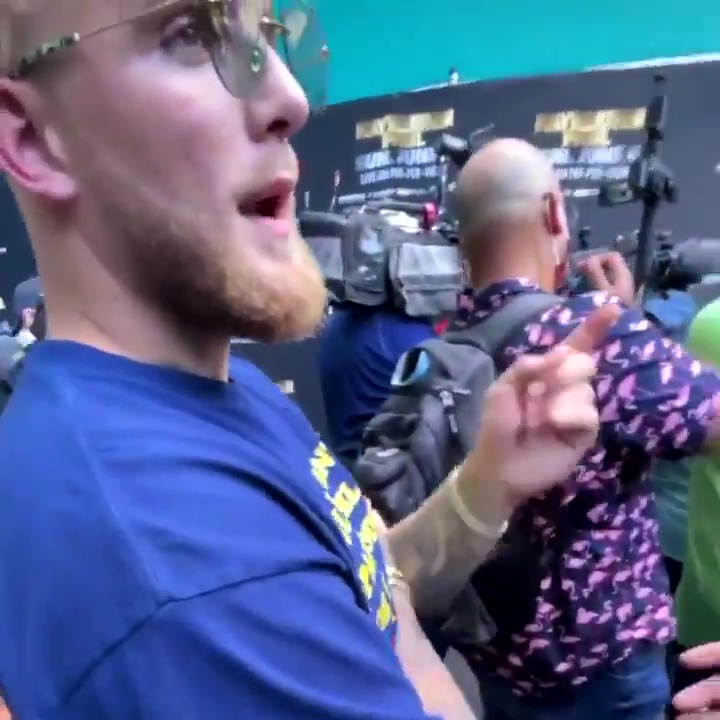 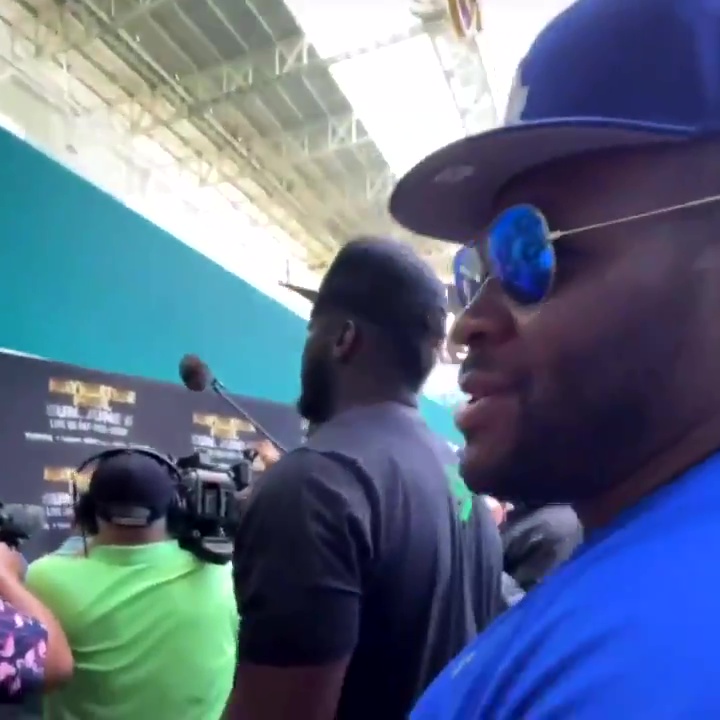 A ruckus ensued, with the 24-year-old YouTuber left with a black eye and blood from his mouth after allegedly being hit by one of Mayweather's security team.

But before that, Jake decided to join the crowd to watch his brother and Mayweather, 44, talk about their June exhibition fight.

He turned to Miller, who famously failed a drugs test that led to a fight against Anthony Joshua being scrapped and asked if he 'lifts'.

The bleach-blond social media star then asks Miller if he is 'the bodyguard for him' and points towards Mayweather on the stage.

Miller, 32, responds: "No, I am trying to shake your hand", before telling Jake that he is 'a boxer'.

'Big Baby' Miller has not fought since November 2018 when he knocked out Bogdan Dinu in the fourth round of the fight.

After he failed the drugs tests that saw him replaced by Andy Ruiz Jr, who of course went on to beat AJ, Miller claimed a SEX PILL was the reason behind it.

Jake, meanwhile, has been BANNED from attending brother Logan's fight against Mayweather. 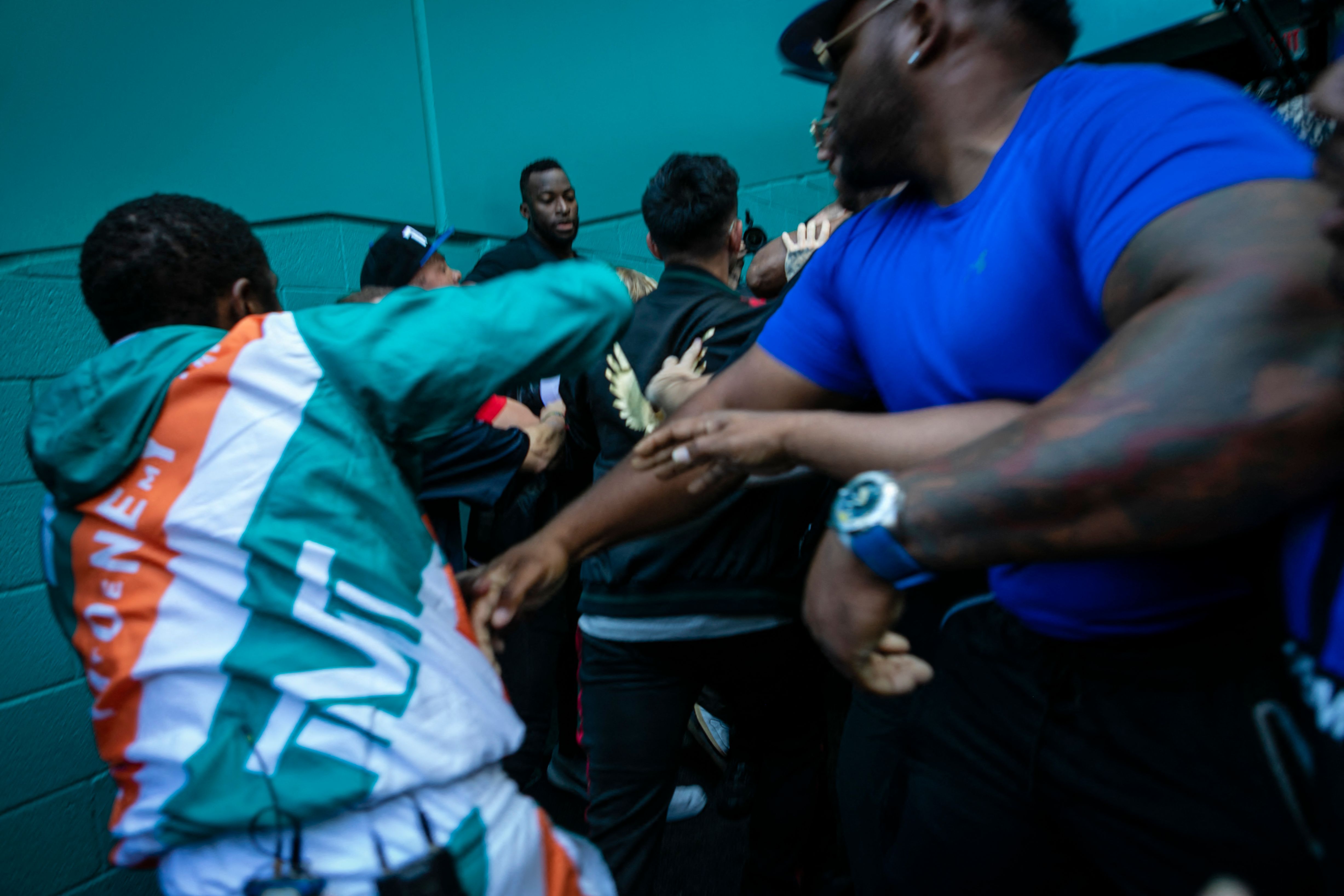 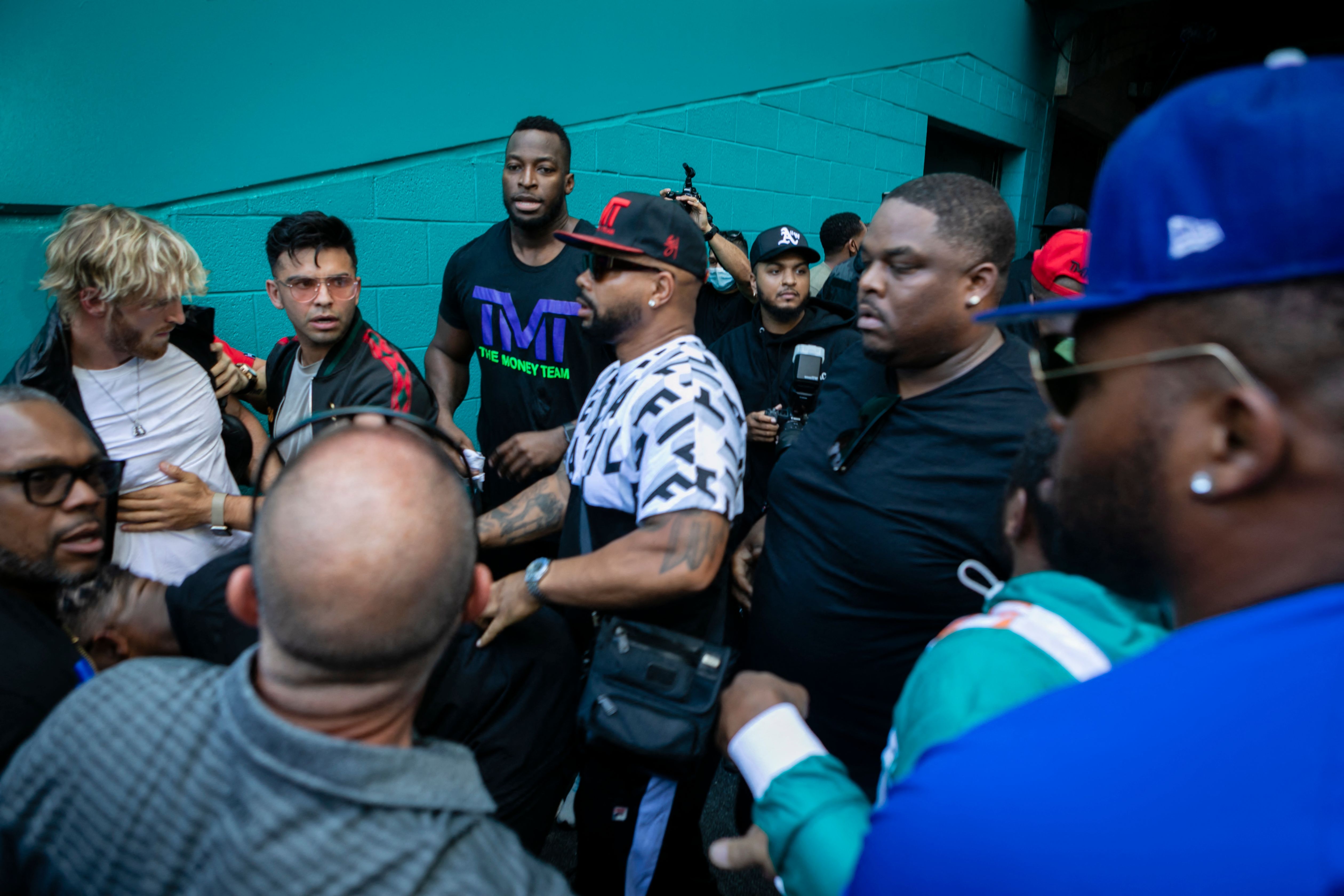 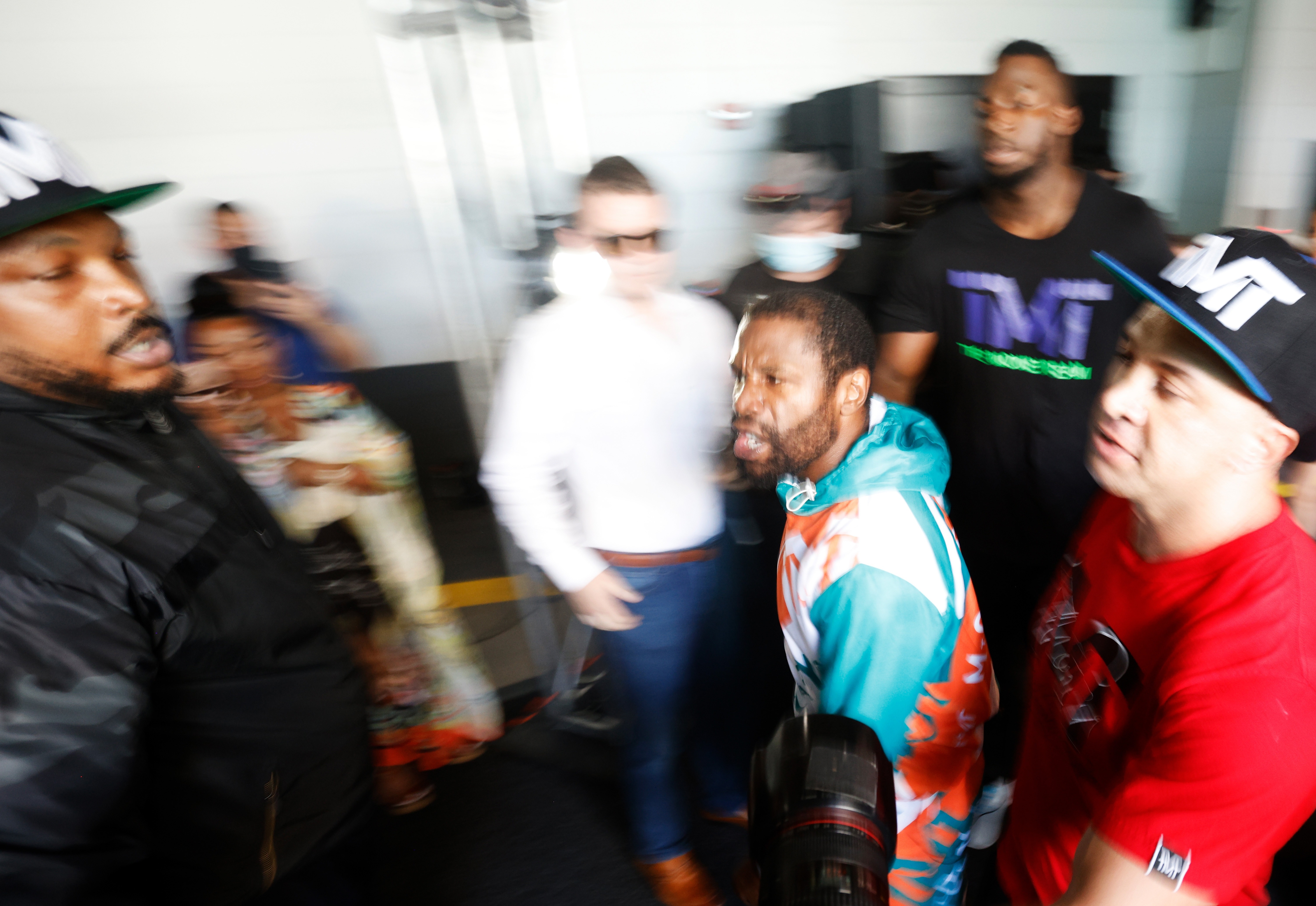 Logan uploaded a clip to his Instagram Stories of him telling Jake that he won't be able to attend the exhibition bout, to take place in June.

Paul has since claimed that Mayweather is 'sending goons' to 'kill' him.