THIS is the brutal moment former UFC flyweight Magomed Bibulatov KO'd his opponent with a stunning spinning back kick.

Bibulatov, 32, was fighting Brazilian Rodrigo Praia at ACA 112 in the Russian city of Grozny on Saturday. 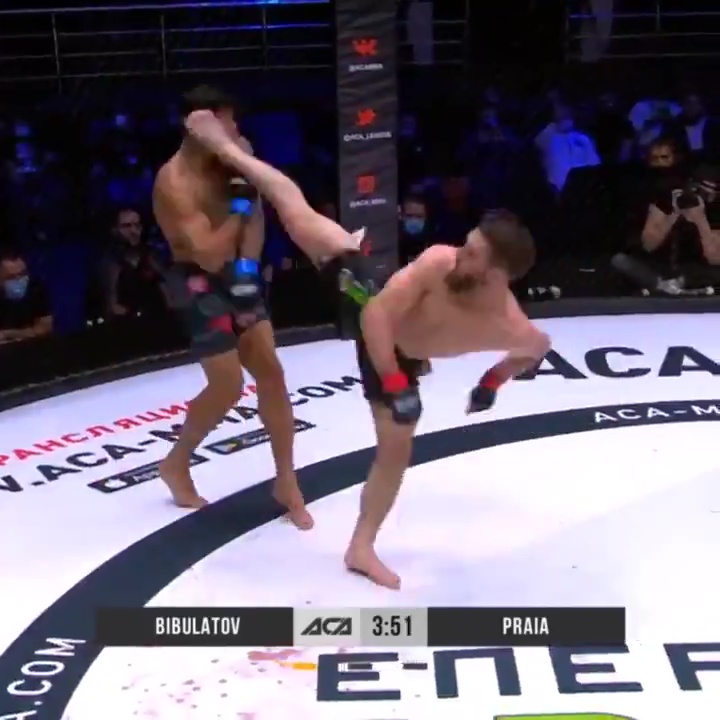 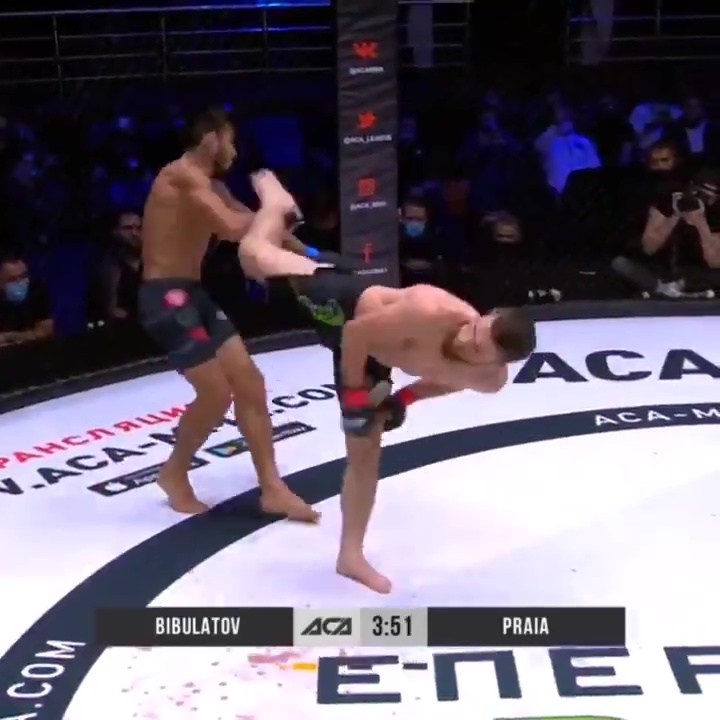 But the fight lasted just over a minute when Bibulatov showed remarkable athleticism to finish off his opponent.

After launching a couple of jabs, he showed incredible speed to catch Praia by surprise with a stunning kick.

In the blink of an eye, Bibulatov twisted his body to generate plenty of power and catches Praia in the face with his right foot.

Praia, 29, took the full force and was instantly knocked out cold as he crashed to the ground.

The referee instantly waved off the fight and those watching around the edge of the cage appeared visibly stunned.

ACA uploaded the footage online alongside the caption: "SPINNING BACK KICK KNOCKOUT! Magomed Bibulatov is applying for the BEST knockout of the year!" 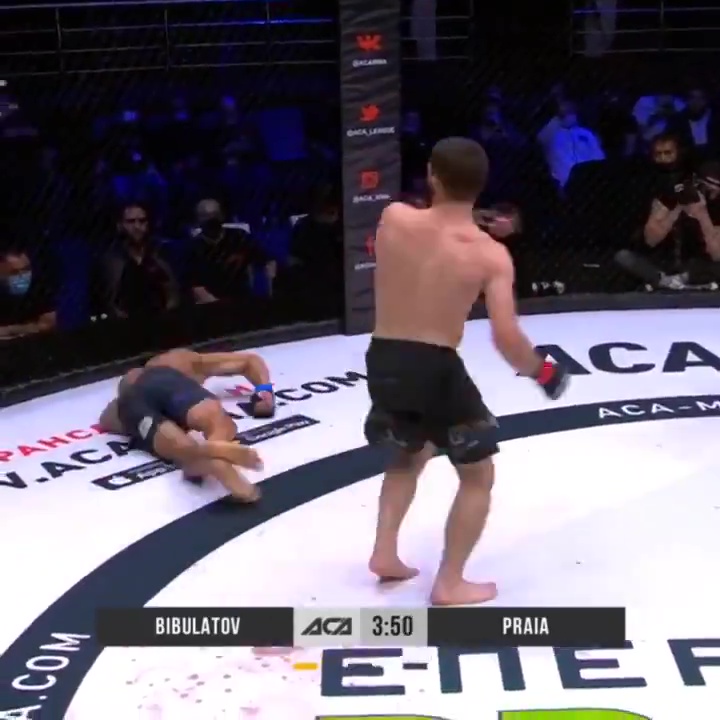 And it appears fans were in agreement with one commenting: "Goddamn that was perfect."

Another said: "This is the KO of the year for sure and it isn't even close."

Bibulatov left the UFC last year when he lost two of his opening three bouts.