A FUMING footballer destroyed a drone carrying the rival team’s flag after it flew on to the pitch two minutes into a derby game.

Midfielder Pablo Perez stamped on its camera before hurling the match ball against it after another player caught hold of it and laid it on the ground by the side of the pitch. 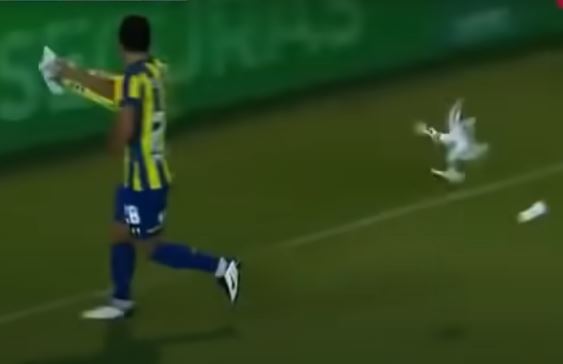 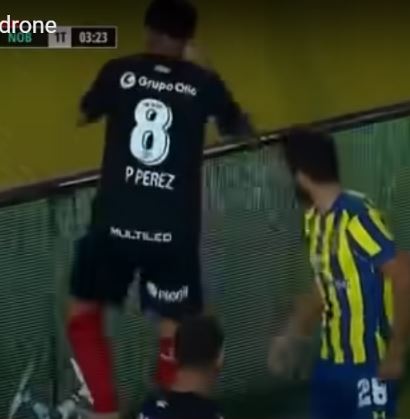 TV cameras filmed furious Newell’s player Perez, 35, in an angry exchange with a ballboy after he took his anger out on the drone, which had been put behind the goal line out of play seconds earlier by Rosario Central forward Lucas Gamba.

The referee had halted the match briefly when it appeared flying the Rosario flag after he had blown his whistle for a corner.

Perez was substituted at half-time by his manager after being yellow-carded for a foul, while his side ended up losing 3-0.

It was not immediately clear if the person flying the drone from outside the stadium had been identified.

The shocked commentator said as Perez destroyed it: “Was that really necessary? Pablo Perez is obviously very edgy.

“The drone is clearly a provocation by someone but we don’t know who did it.

“The footballers can’t get involved in these sorts of things.”

Last October Rotherham's Championship match against Sheffield Wednesday had to be stopped due to an 'unauthorised drone' flying in the air space over the New York Stadium.

The players were brought off the pitch due to safety concerns.