The experienced centre-back was defending in a one-on-one scenario against FC Augsburg's Ruben Vargas on the right hand-side of the penalty area.

As Vargas went to knock the ball past Ramos, the Spaniard used his trailing leg to backheel the ball away from danger.

De Gea had a busy start to the evening as he was forced into a smart save byLoris Benito, palming away the left-backs shot at the near post.

The hosts shook off the opening ten minute jitters by getting an early goal.

Switzerland keeper Yann Sommer had an absolute nightmare after his short pass was intercepted by Mikel Merino, who set up Oyarzabal for an easy finish.

Sommer would go on to somewhat make up for his earlier mistake denying Manchester City new boy Ferran Torres, turning away the wingers header.

Goalscorer Oyarzabal would go on to miss a glorious opportunity to put his side two goals ahead. 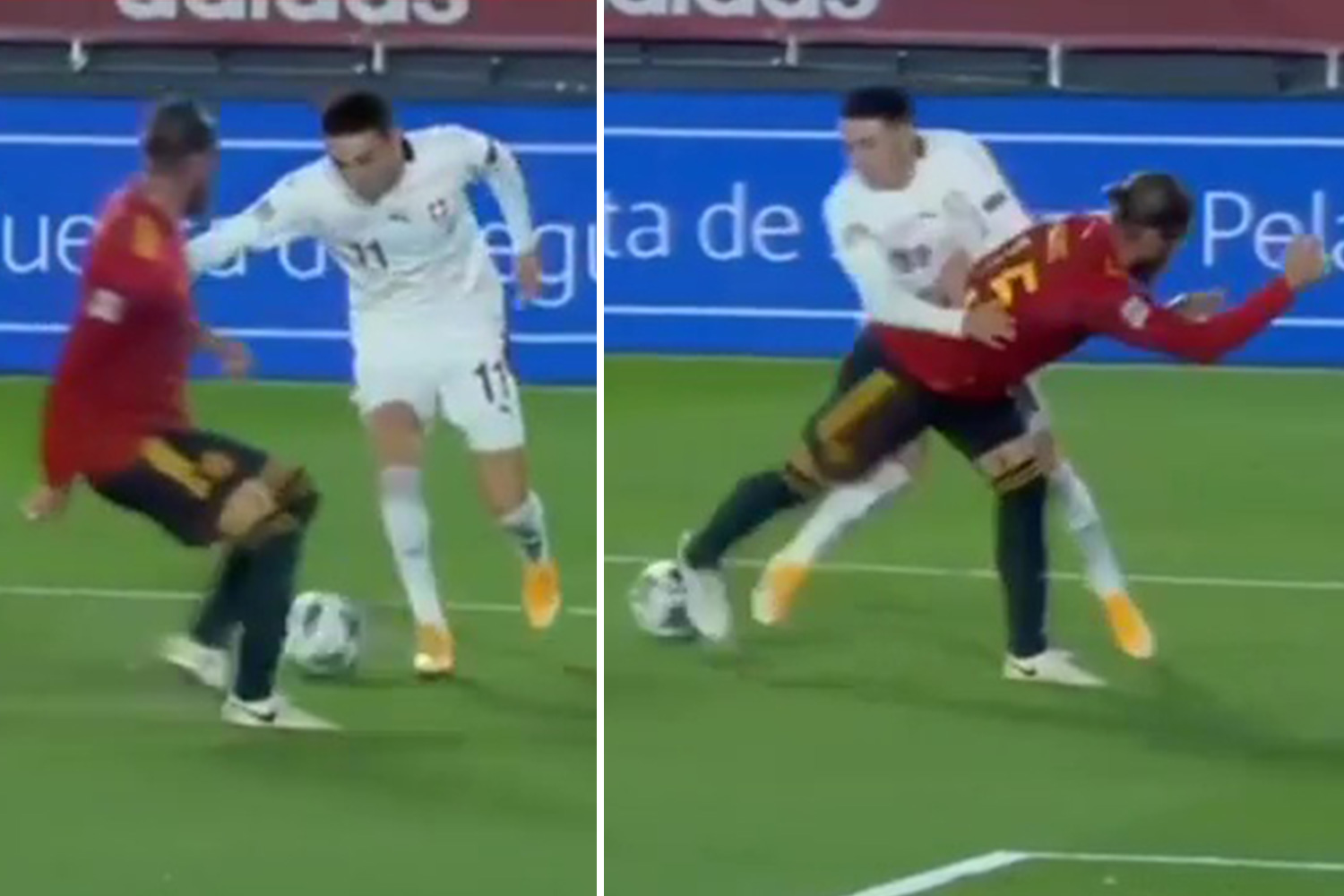 Sommer palmed the ball into Oyarzabal's path, but the forward was unable to react quick enough to convert at the back post.

Heroics at both ends of the pitch helped keep Spain top of their Nations League group, winning two and drawing just once against Germany.