THIS is the heartwarming moment generous Raheem Sterling gives his boots away to a young fan after helping England beat Kosovo last night.

Manchester City forward Sterling, 24, netted an eighth-minute equaliser after Valon Berisha had given the visitors a shock lead. 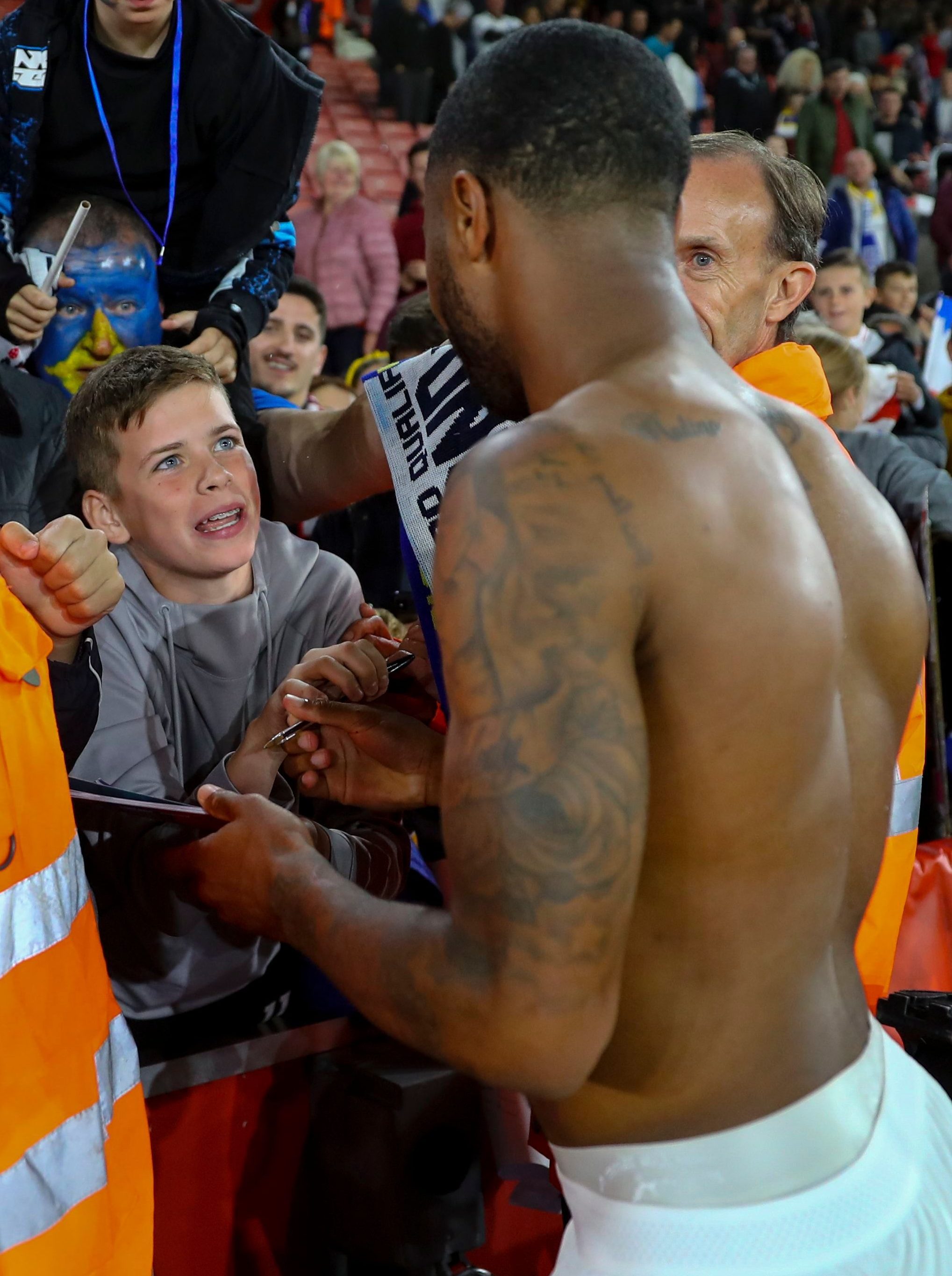 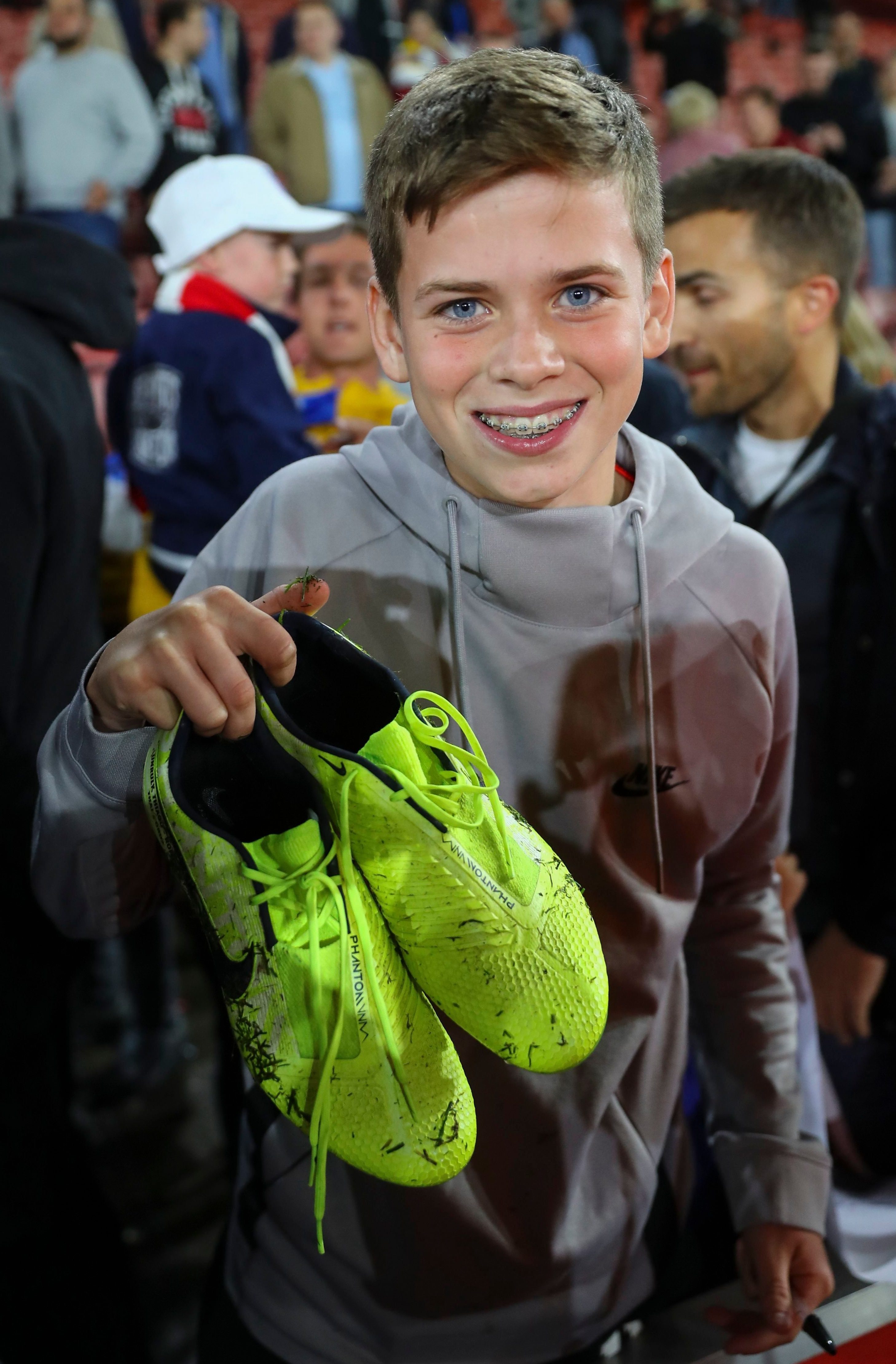 He then provided three first-half assists to Harry Kane and Jadon Sancho – matching the heroics of Etihad team-mate Kevin De Bruyne for Belgium in their win over Scotland.

Gareth Southgate's side won their Euro qualifier 5-3, but Sterling – who was the Three Lions' best player – was in no mood to be sentimental.

He walked over to the St Mary's crowd to sign autographs but ended up leaving in just his shorts and socks after giving away his shirt and boots.

Sterling reached over stewards to pass his jersey onto one ecstatic girl who was holding a sign asking for his top.

And then he reached down, untied his laces and handed his boots over to the thrilled young lad, named Jacob Shore, who plays for Yeovil Town Under-14s.

Jacob's dad Daniel commented: "To [say] my son was buzzing last night was an understatement… thank you @sterling7 you've made @JacobShore7 year on and they fit him perfectly."

Other fans on social media loved it too.

One said: "Class on and off the pitch."

Another wrote underneath the video: "Classy act from a top professional, come to expect nothing less from him."

A fellow user posted: "Imagine being that kid today in school, this is the magic of the beautiful game, can put smile on your face."

Another said: "My goodness can this man become any better, his mother and family must be so proud. A genuine lovely man."