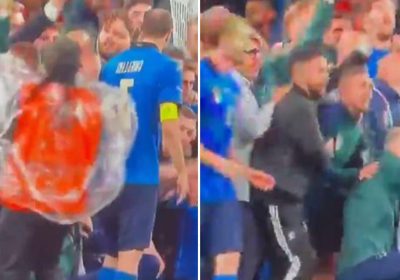 The Azzurri were buzzing at the end, having just booked their place in the Euro 2020 final by beating Spain on penalties. 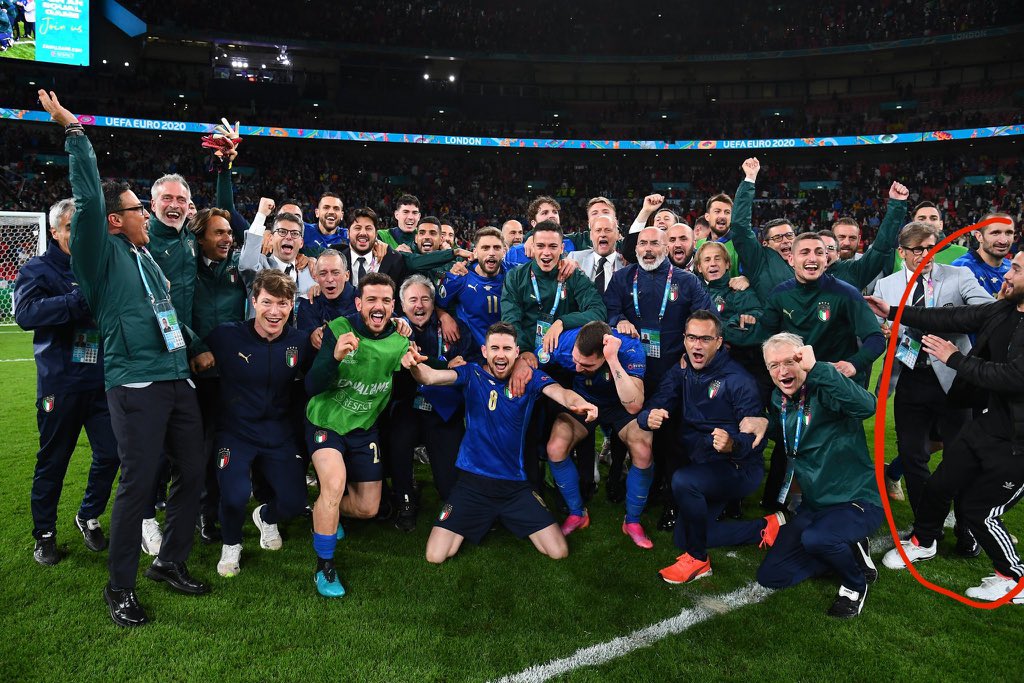 Players and staff huddled together for a team photo, with Verratti grinning ear to ear.

But as he turned to his left he noticed a randomer bouncing up and down with the team.

And his expression turned from ecstasy to confusion.

A steward eventually led the fan away.

Centre-back Leonardo Bonucci also had a run-in with a Wembley steward amid the celebrations.

The towering defender went up to the crowd to pump his fists in jubilation.

But as he attempted to return to the pitch, a steward stopped him, believing him to be a fan.

A look of bafflement flashed across Bonucci's face. 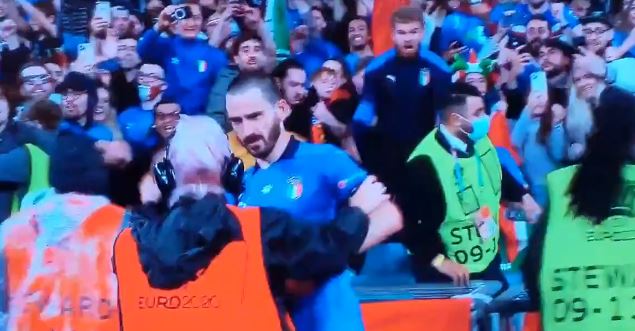 But he laughed it off when the steward admitted her mistake, even giving her a little hug.

The celebrations were just as passionate in the TV studio, with Gianfranco Zola ecstatic while appearing on beIN Sports.

Italy will now face England or Denmark in Sunday's final, with the two sides set to clash in tonight's second semi-final at Wembley. 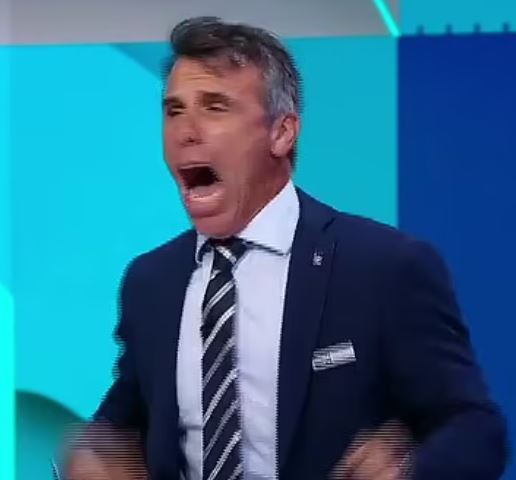