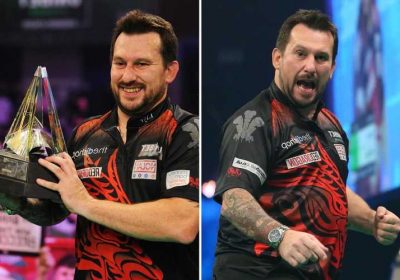 LATECOMER Jonny Clayton has gone from delivering food parcels to collecting the biggest jackpot of his life as he became Unibet Premier League darts champion.

The Welsh part-time council plasterer was rewarded with a cheque for £250,000 as he stunned the darting world to crush Jose de Sousa 11-5 in the final in Milton Keynes 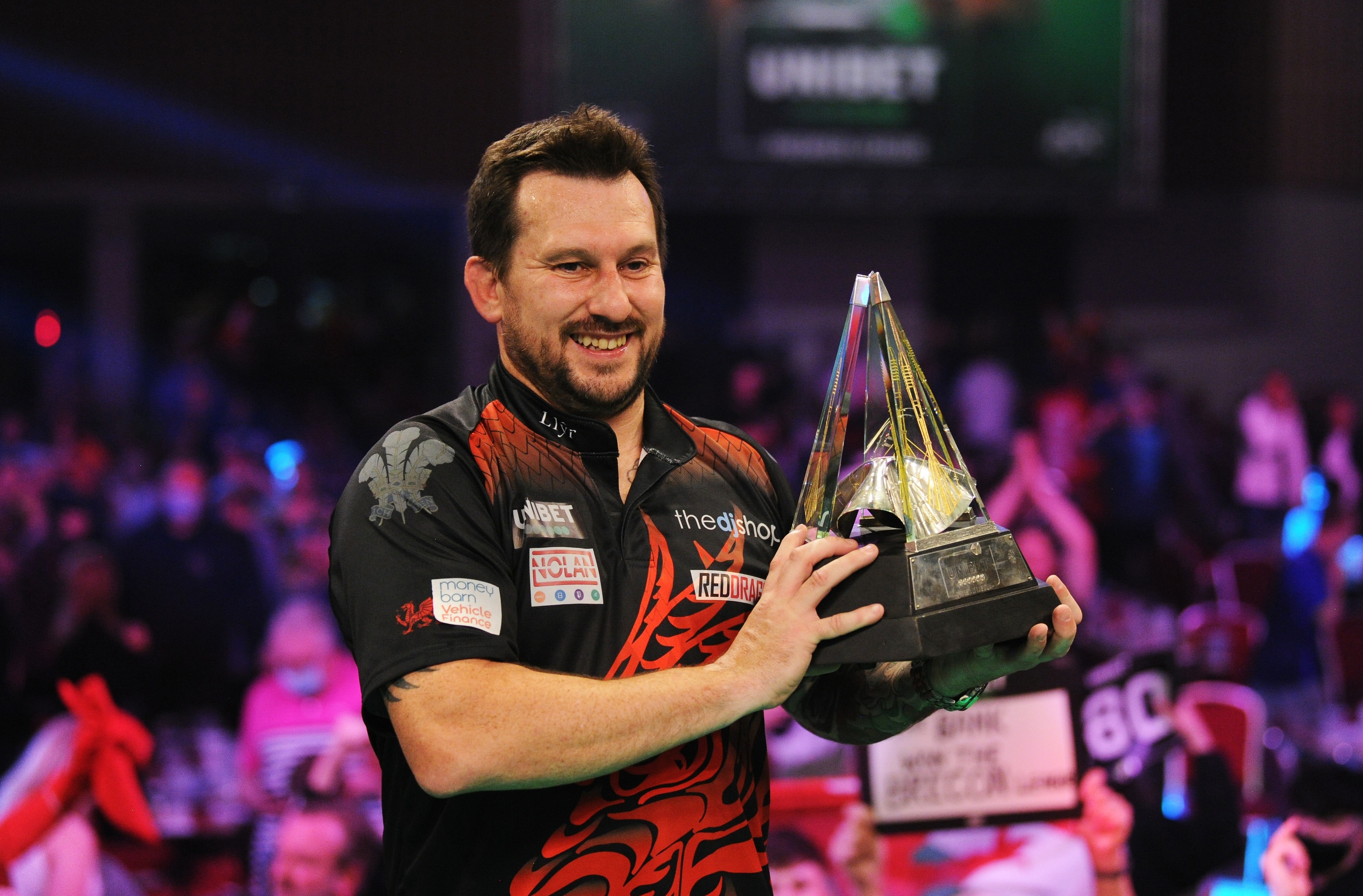 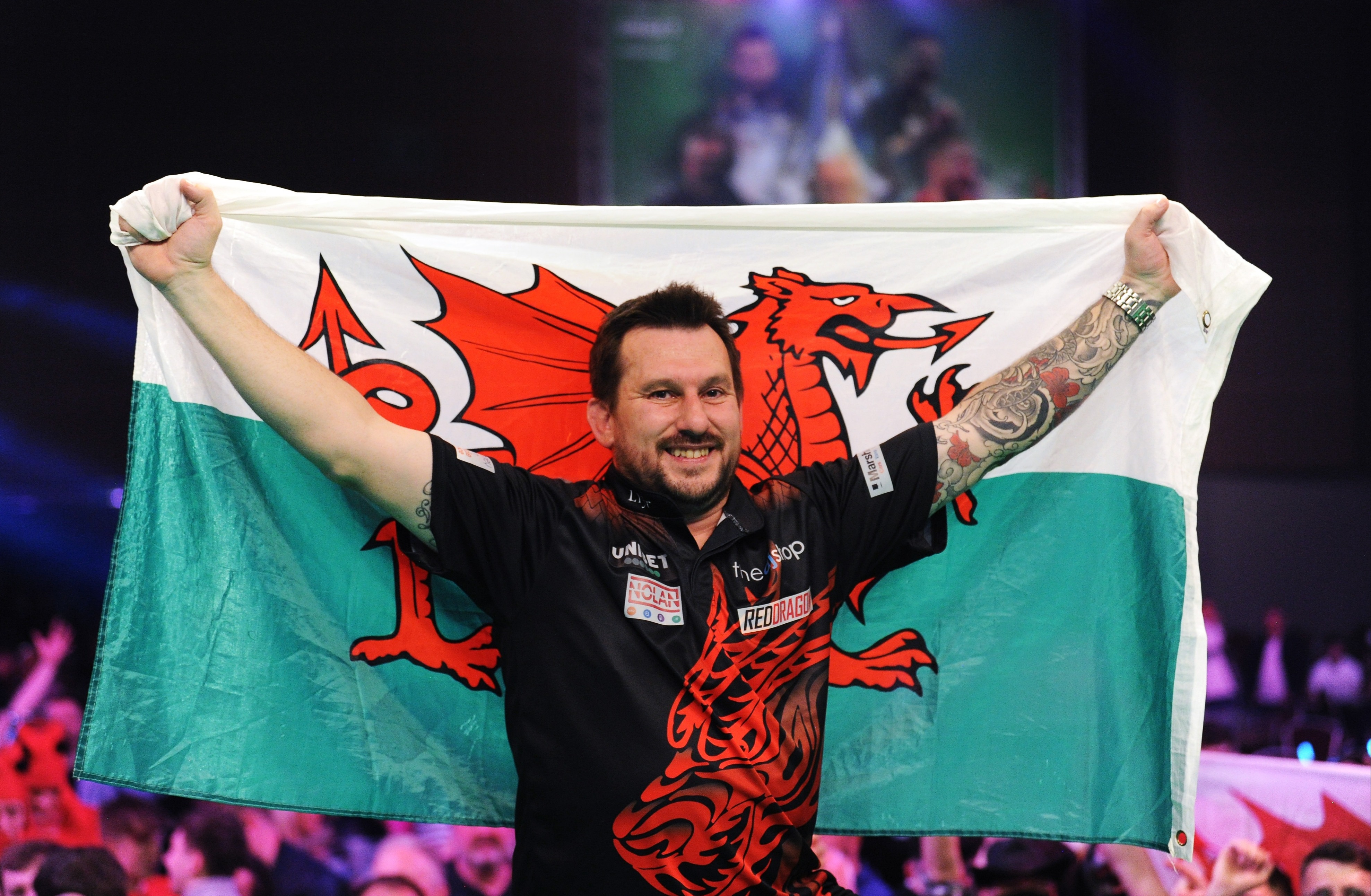 Nicknamed the Ferret from his rugby flyhalf days, Clayton spent the first lockdown in the spring of 2020 handing out deliveries to vulnerable people and helping those who were self-isolating during the pandemic in Carmarthenshire.

But the selfless family man – who only secured a last-minute place when he won the Masters in January – can now enjoy riches beyond his wildest dreams following this extraordinary triumph.

A Welshman had been expected to challenge for tonight’s Premier League crown in front of 1,000 punters – the biggest indoor sporting crowd in the UK for almost 15 months.

The smart money had been on Gerwyn Price, the reigning world champion and world No.1, but of course that never happened as he contracted Covid on the eve of the tournament and was replaced instead by reserve James Wade.

Clayton, 46, has been a revelation on his Prem debut and as he showed in the semi-finals against Michael van Gerwen, he can compete with and beat the very best in the world.

Little wonder that this often reserved man let rip with a middle-aged man’s jig and exuberant fist pump in celebration.

De Sousa, 47, did not live up to his Special One nickname but that is hardly surprising considering he had about 15 minutes to rest up after his 10-9 semi-final success over Nathan Aspinall.

It was an unfair disadvantage and though TV dictate the timings, the second semi-final winner should have had more time to recover backstage. 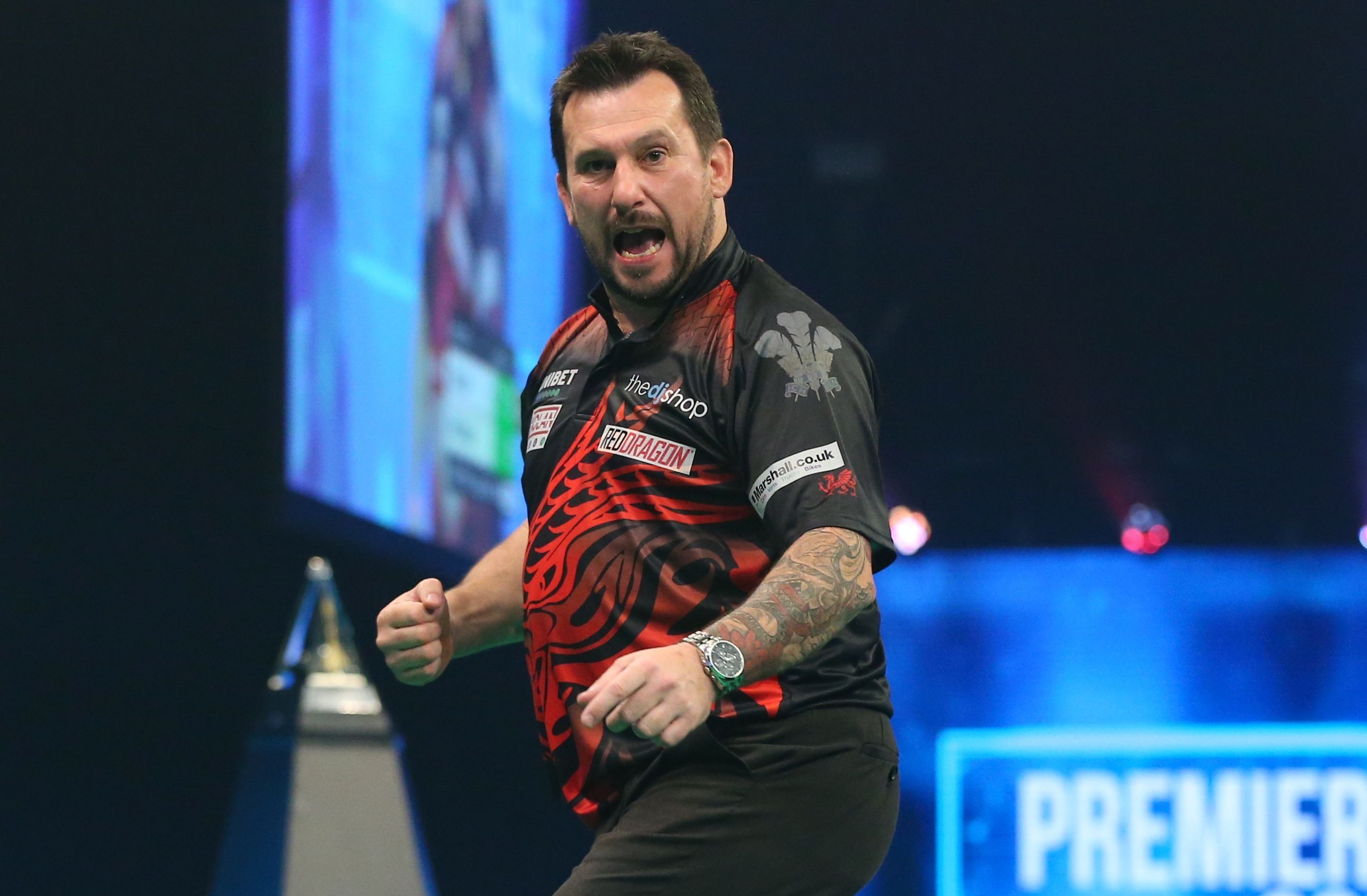 The portly Portuguese thrower is known as a maverick on the circuit and his mental arithmetic often comes under scrutiny, particularly when he accidentally miscounts on the oche at vital stages.

Still, he should be able to console himself on the flight back to Madrid this weekend with the fact he is £120,000 better off.

Meanwhile, tournament favourite Van Gerwen departed the Marshall Arena with the rare feeling of defeat in the semi-finals.

The 32-year-old is not the domineering figure he once was and will need to up the practice time given he won’t be back in major action until the World Matchplay in Blackpool in July.

The Dutchman said: “I wasn’t consistent enough. He punished me at the right moments. Good for him. I’m sick about it.

“I gave him the confidence and a great feeling. I couldn’t do any better at that moment. This one is on my chin but I’m on my way back now. But it’s still hard work to do.”