The son of a Lahore construction worker, he arrived in the USA in the 1960s aged 16 with just $500 to his name – and now commands a global business empire. 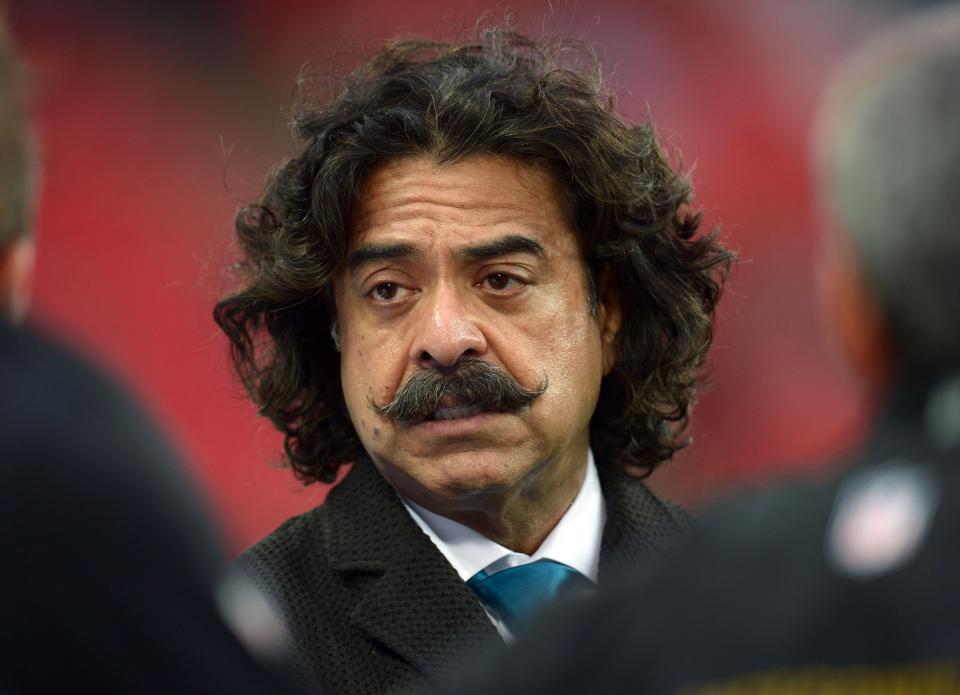 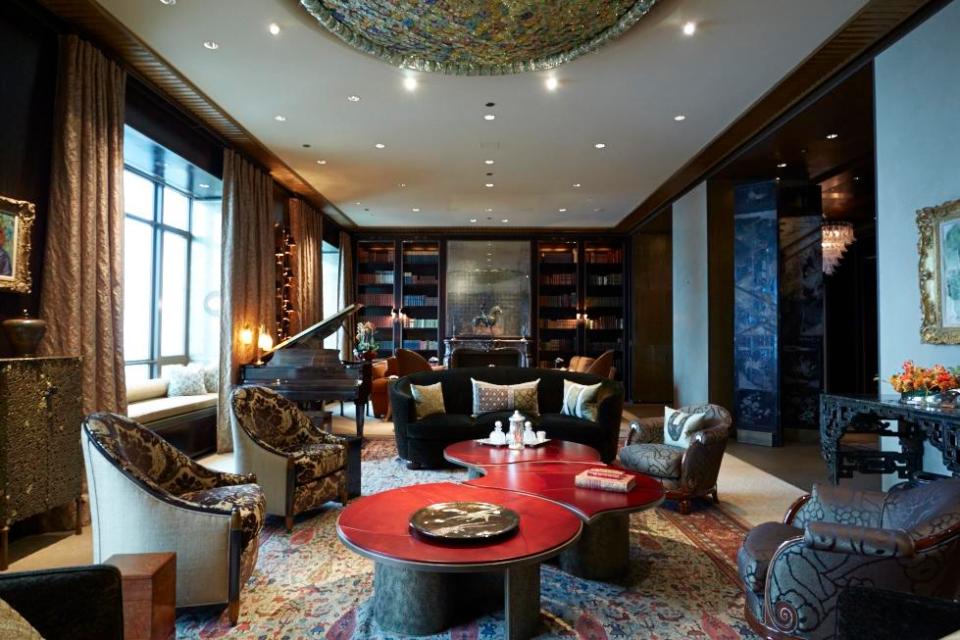 His vast wealth has seen him purchase a gold piano for his £80million yacht, a Renoir masterpiece and incredible mansions – a far cry from his humble origins.

His dad – one of 50-plus children – was a lawyer and entrepreneur who had seven wives while his mum, a maths professor, was the youngest of eight children.

Known for his extravagant facial hair, love of sport and infectious enthusiasm, Khan has become a celebrity in Jacksonville after fulfilling his 40-year dream of owning an NFL franchise. 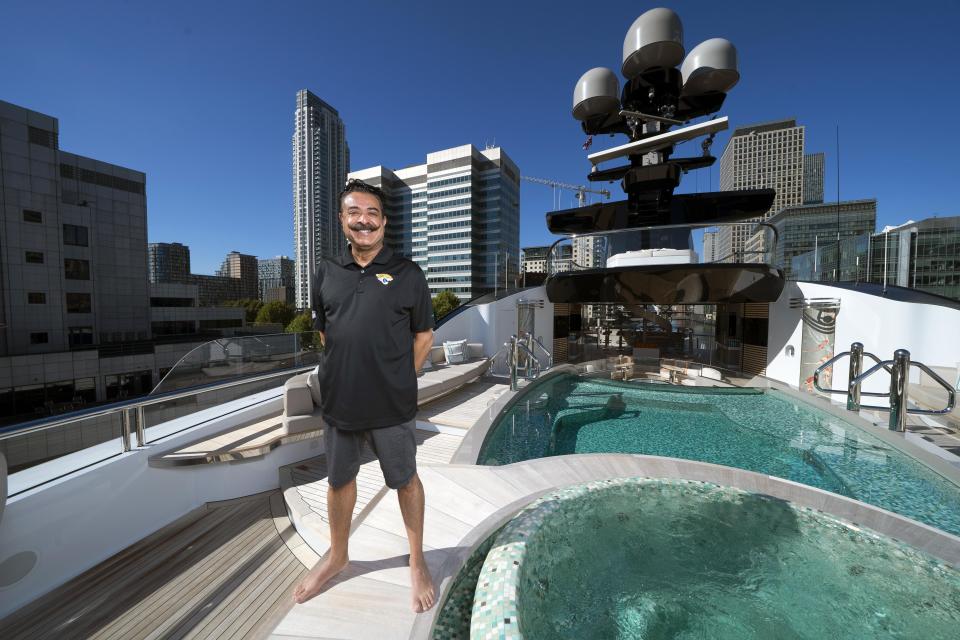 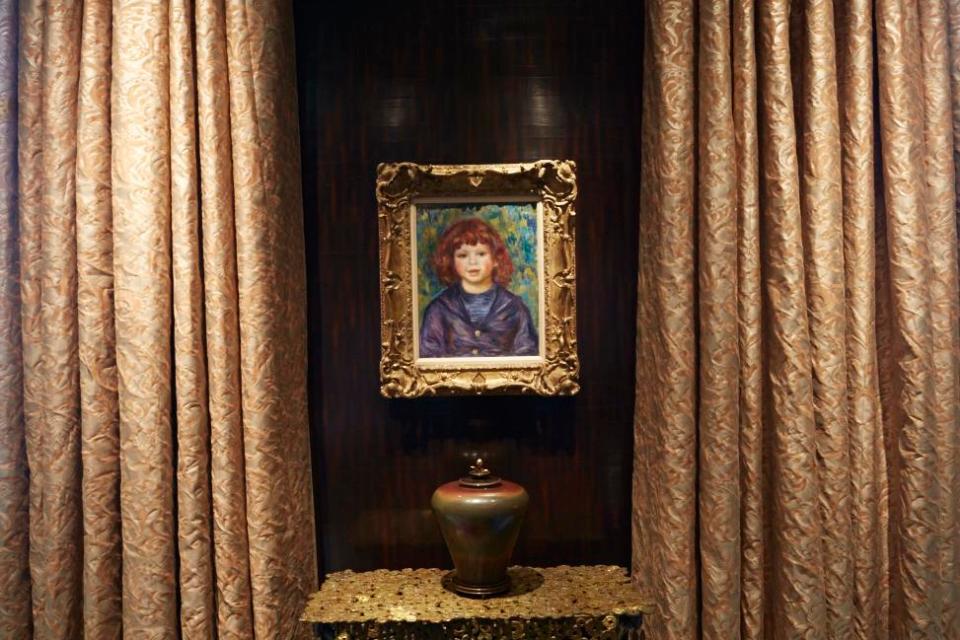 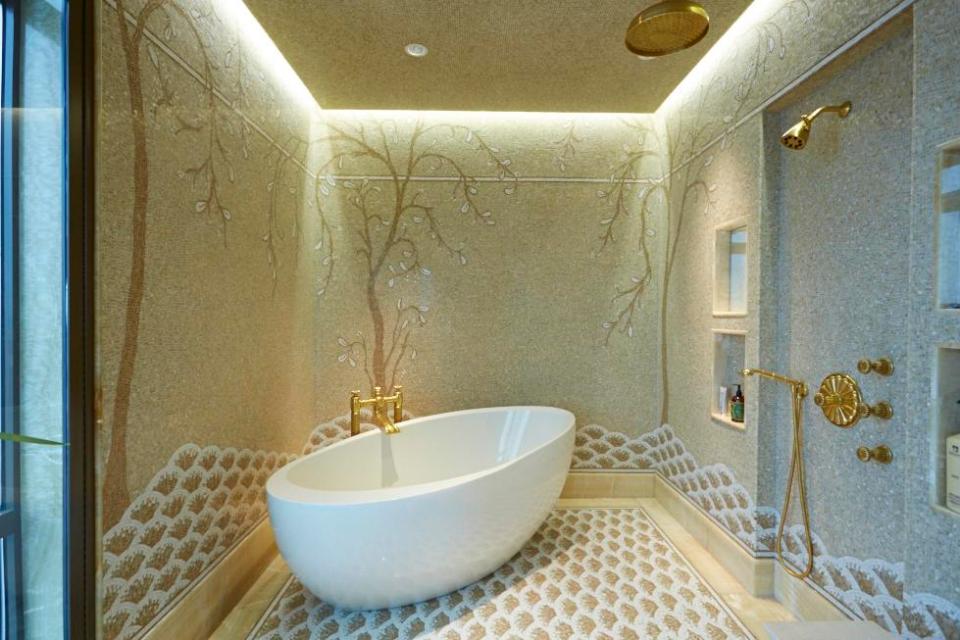 It was 1967 when the young Khan first made the move away from his native Pakistan, where he enjoyed a relatively comfortable middle-class lifestyle.

He came to the US to study at the University of Illnois and within four years had graduated with a BSc in industrial engineering.

But it hadn't started out easy for the teenager, who washed dishes for 85p an hour in his first job Stateside – and had to live in a £1.20-a-night room given to him by the YMCA.

The transformation from dish washer to billionaire began at car parts company Flex-N-Gate, who gave Khan a job once he graduated in 1971. 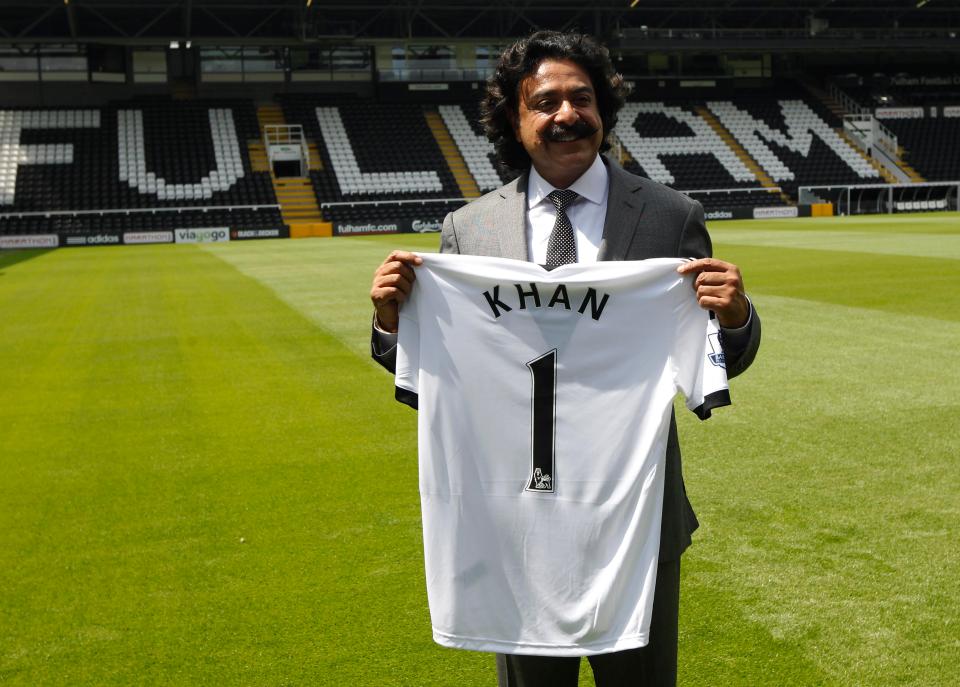 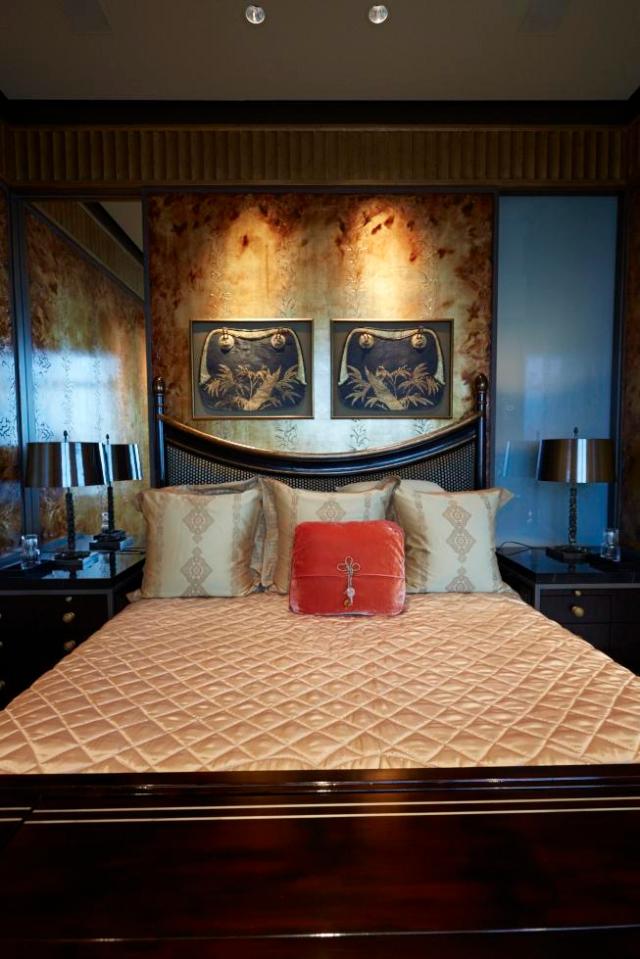 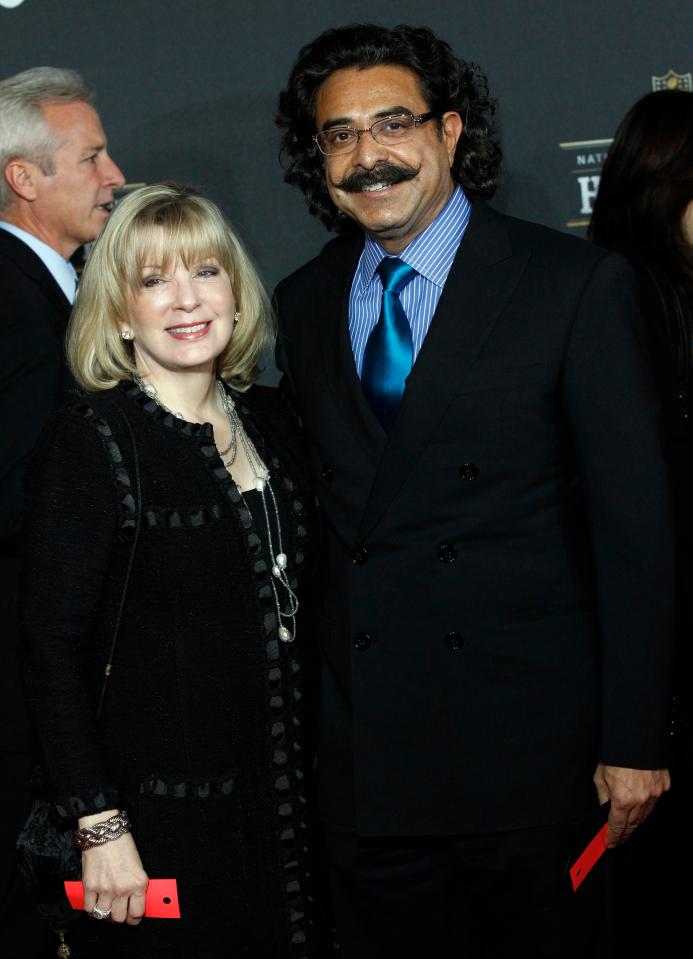 Just seven years later he broke away from the company and with his own savings founded Bumper Gate, which specialised in custom parts for pick-ups.

Its huge success meant that just two years later he returned to his old employers – and bought Flex-N-Gate for himself.

Over a 30-year period, Khan built up the company from local to worldwide supplier, cleverly cornering the lucrative Toyota market and expanding throughout the 1990s and 2000s. 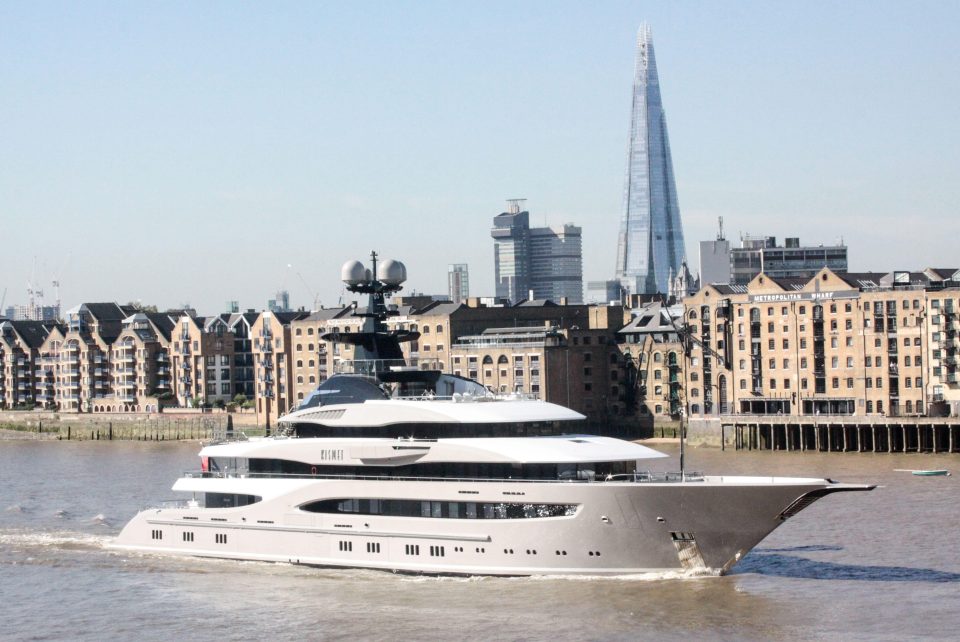 In 2006, he splashed out £6million on a Chicago penthouse in which he has a Pompeii-inspired bathroom and priceless art.

But despite auto parts being the money-maker for Khan, his newfound wealth drew him towards his first love – sport.

He had a long-term relationship with Jacksonville – his company had a shipping port there – and the dream of owning an NFL franchise was formed all those years ago when he used to watch games on a clapped out TV between dish-washing shifts. 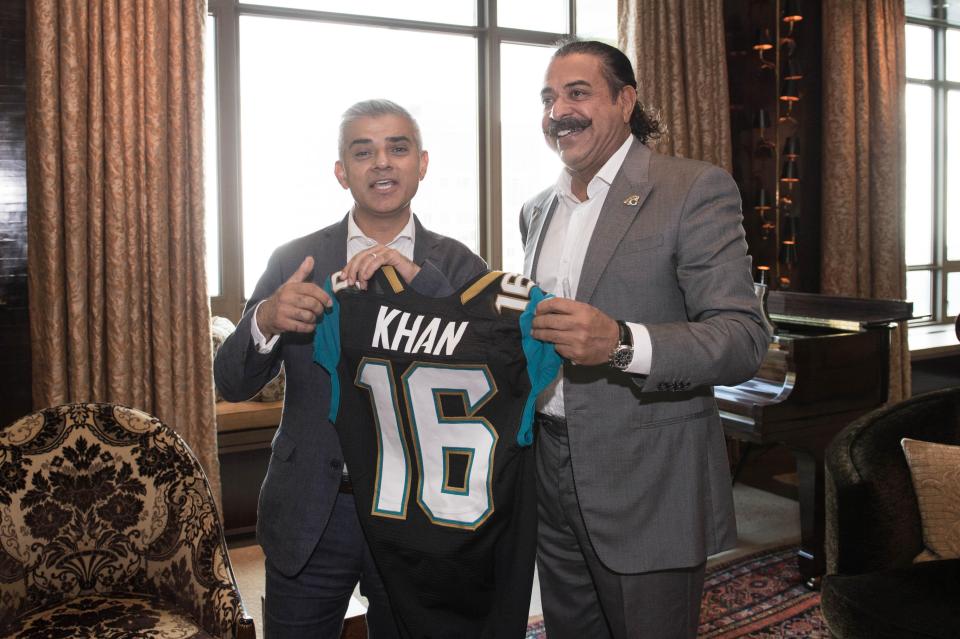 Khan's first attempt at going into the NFL was in 2010 and although his 60 per cent bid for the St Louis Rams was rejected, a year later he had his hands on the Jags for a cool £543m.

As an NFL boss, Khan has broken the mould – speaking out against recent race issues, routinely joining his players on the field in a show of solidarity, and promoting the sport over in the UK. 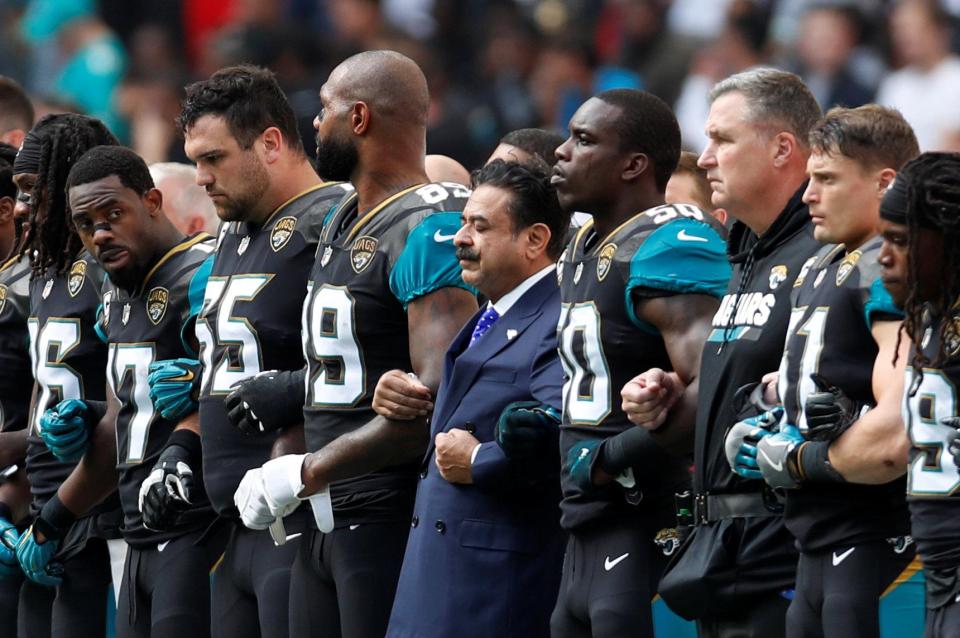 From Twin Towers to the Arch for £757m

Sept 2002
Old stadium demolished as government stumps up £20m in return for more control. WSNL secures £433m in bank loans for a project with revised cost of £757m.

Fulham was already on his radar after the Jags purchase and he bought the club from Mohamed Al Fayad in 2013, for what was rumoured to be around £150m-£200m.

The tycoon has flown his Jags over to Wembley every year since he took charge and always ensures that the home of Football is designated as a "home" game for Jacksonville.

Khan and his wife Ann – who have two children Tony and Shanna – have adopted Jacksonville as their own city, and the man who arrived with just $500 in his pocket was given American citizenship in 1991. 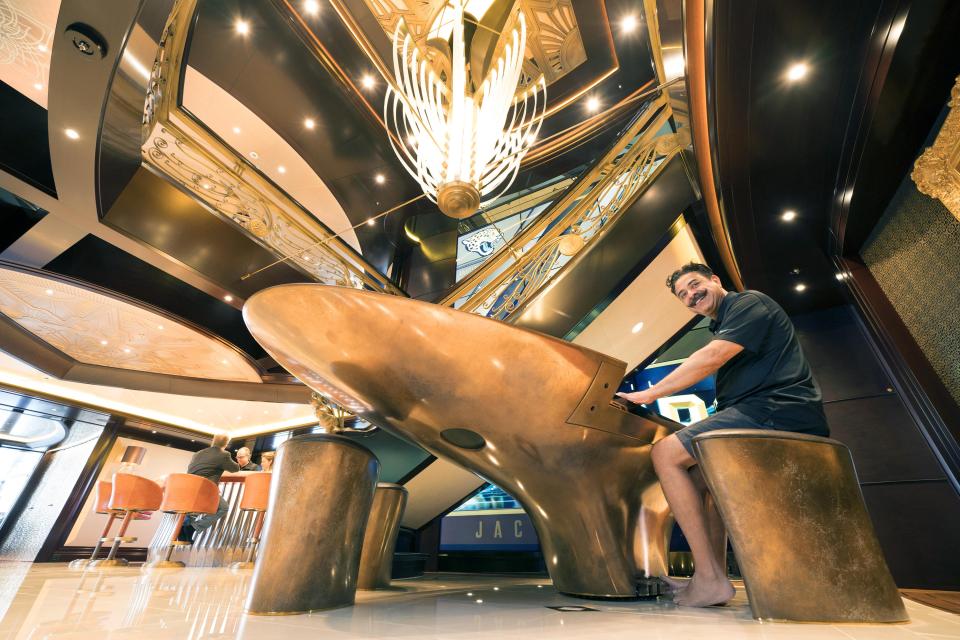 Now with a net worth of over £5.65bn and ranked the 158th wealthiest man in the world, Khan continues to give to charity and runs youth programmes in the inner-cities.

The Jags had their best season under Khan this year, reaching the play-offs for the first time since 2007 – and he's keen to push them all the way to the Super Bowl one day.

With his hopes to establish an NFL franchise over in London, you're likely to be seeing plenty more of that impressive moustache in the future.