The England ace went down under the challenge of Aaron Cresswell midway through the second half. 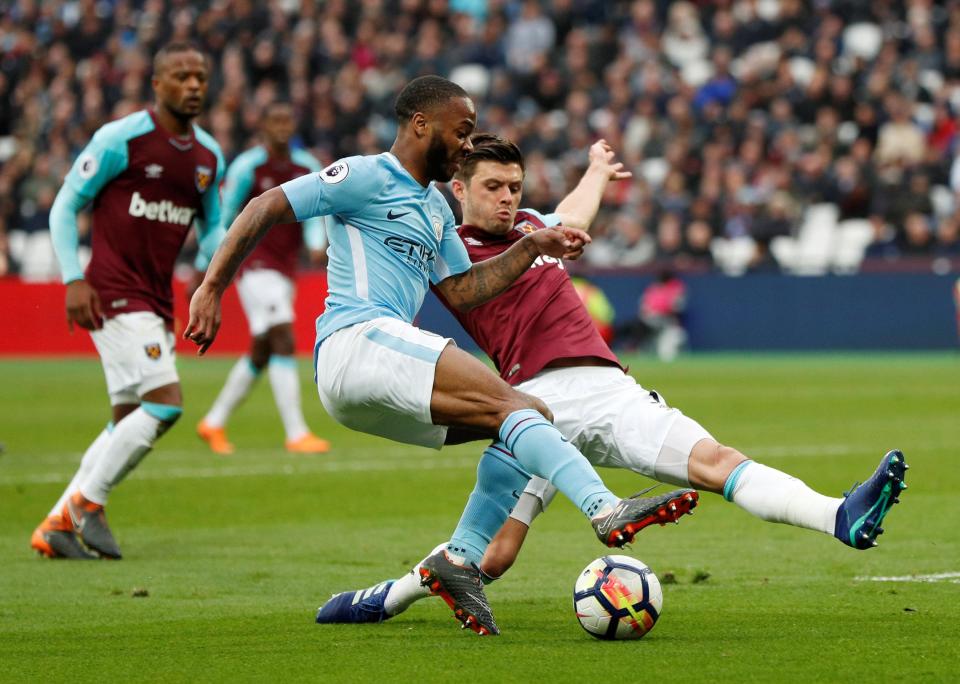 Sterling, 23, clung onto the ball as he waited for Neil Swarbrick to point to the spot.

But after a couple of seconds delay, Swarbrick awarded West Ham the free-kick to spare Cresswell's blushes.

The Manchester City has a reputation for going to the ground too easily which may have impacted Swarbrick's decision.

Sterling would have the last laugh after providing three assists in City's 4-1 hammering of David Moyes' struggling side. 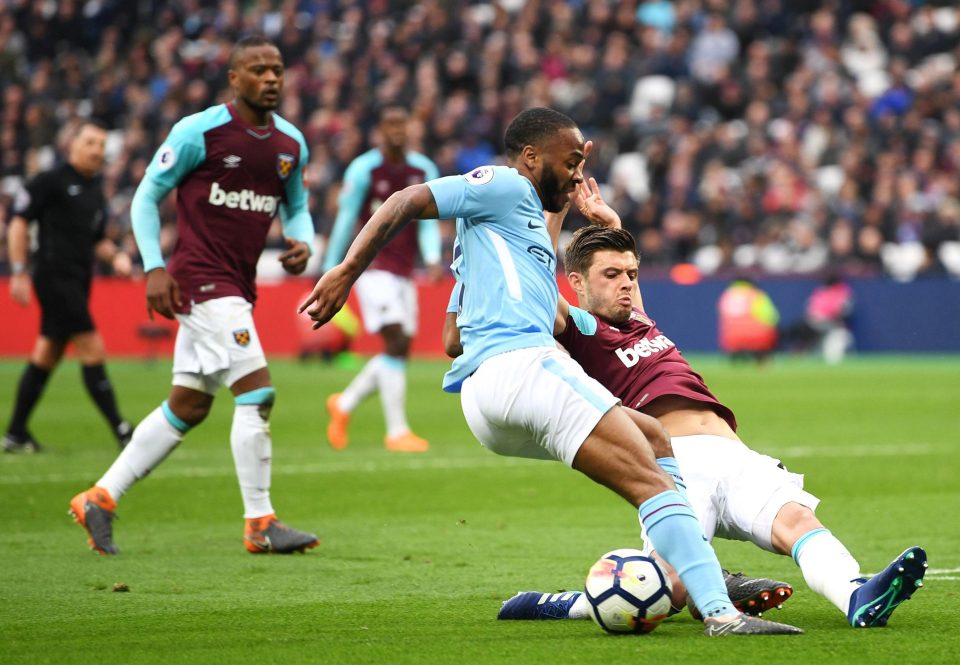 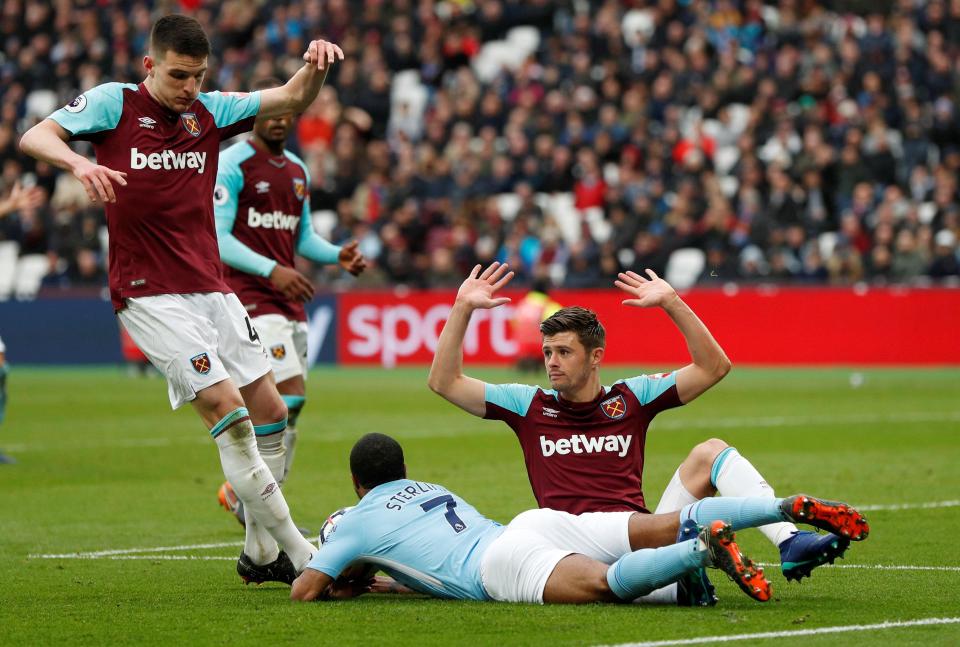 Fans took to Twitter in their numbers to claim how the referee had a nightmare with his decision.

One said: "Got to say the standard of refereeing of late is abysmal. Raheem Sterling should have had a stonewall penalty."

Another said: "I know Raheem Sterling dives a lot, but THAT should have been a penalty against the Hammers. Trash EPL officiating again."

Another claimed: "What does Raheem Sterling have to do to get a penalty?"