When do the Olympics start? Opening ceremony date, time, schedule for 2021 Tokyo Games 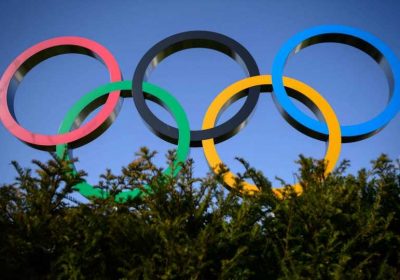 The 2021 Tokyo Olympics are nearly here. After a year-long postponement due to the COVID-10 pandemic, the best athletes in the world are gathering in Japan to participate in 28 different sports in the hopes of earning a gold medal.

After such a long wait, athletes and fans alike are excited about the event. There will be some soccer and softball action going on before the Olympics begin, but the opening ceremony will mark the official start of the 2021 Summer Games.

The opening ceremony certainly will be fun to watch, but it will also be a bit poignant as the world reunites for the Olympics in wake of a devastating pandemic that is still at the forefront of everyone’s mind.

Here’s everything you need to know about the Olympic opening ceremony and how to watch it as these long-awaited Olympics draw nearer and nearer.

The 2021 Olympic Games will begin on Friday, July 23 with the Olympic opening ceremony. That will occur at 7 a.m. ET on Friday while it will occur at 8 p.m. local time in Tokyo. For those that don’t want to get up early, the event will be re-broadcast Friday night in prime-time starting at 7:30 p.m. ET. That will run until midnight.

Note that some soccer and softball games are on July 21-22. Archery and rowing preliminaries begin earlier on July 23.

How to watch the opening ceremony in USA

There are plenty of streaming options for Olympics fans as well. Peacock is NBC’s free streaming platform and will be carrying coverage of the opening ceremonies. NBCOlympics.com will be as well. FuboTV, which offers a seven-day free trial, is also a streaming option for these events.

How long is the Olympics opening ceremony?

The Olympics opening ceremony is set to be about four hours long. The event will begin at 7 a.m. ET and will run until 11 a.m. ET. In Tokyo, the event will run from 8 p.m. to 12 a.m. local time.

The 2021 Olympics will be held in Tokyo, Japan. Tokyo was awarded the bid for the Olympics, which were originally scheduled to occur in 2020, back in 2013. The official cost for Japan’s government to host the Games is $15.4 billion, but other estimates suggest the actual cost was twice as much.

The location will also impact how viewers in North America watch and consume the Olympics. Tokyo is 13 hours ahead of Eastern Standard Time, meaning many events will be broadcast on tape delay for prime-time audiences in the United States and Canada.

There are 42 Olympic venues spread across Japan. Here is a complete list along with the sports that will take place there.

Here’s a full breakdown of every live event the NBC family of networks will be showing during the Olympics. There will be plenty of other tape-delayed coverage throughout the event because of the 13-hour time difference between Tokyo and the Eastern time zone.