When you don’t have the right to remain silent Perhaps this will astonish you, given the hysteria of "no-fault" stand downs and the fear mongering that system creates. If you're a professional rugby league player, and you're either unlucky or dense
enough to be charged with – say for argument's sake, orchestrating a couple of armed robberies, or a
drive-by – then you've got some rights.

Principally and relevantly, you've got the right to eyeball the investigating detectives and yet say exactly nothing when questioned. Likewise, you're actually presumed to be innocent until it's proven otherwise in court, beyond reasonable doubt. That won't help in your quest to actually stay playing, but it's something. 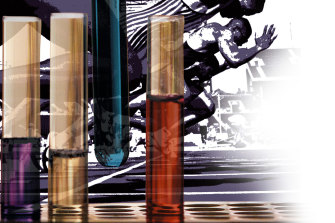 To contrast, say again you're the hypothetical rugby league player. If, somehow you're not in the frame for a crime you've committed, but at the same time there exists a reasonable belief that you hold the "best" secrets relevant to an ongoing doping investigation conducted under the auspices of the Australian Sports Anti-Doping Authority, you can, by law, be compelled to answer questions and give information in an anti-doping investigation.

The footy player in that situation isn't just compelled to sit in the investigation room in silence, but
instead is forced by law to answer questions and provide information, under the threat of
monetary penalties that run to thousands of dollars per day, or worse if they refuse. Fines which can
be enforced by authorities in myriad ways.

The sole escape from the clutches of this legal compulsion is if, by answering those questions or
giving that information, the athlete might tend to incriminate him or herself, or expose themselves to some other civil penalty. Otherwise, you're stuffed. An athlete doing armed robberies, who has
information about doping, might end up having more rights than an athlete who has information
pertinent to a doping investigation, who hasn't been involved in a stick up.

Pausing there, I'm one million per cent in favour of "clean" sport. In the absence of sport being clean of chemical enhancement and other shitty practices – practices that can kill athletes, including the
archetypal young and easily-influenced rugby league player – sport itself dies; it becomes something
more pretend than the World Wrestling Federation (I know it's now the WWE because back in 2000 the panda bear people made wrestling change the greatest insignia in sports – I just refuse to acknowledge it).

But at some point there needs to be a balance. For it's a dangerous paradigm if athletes, sports
coaches, parents, doctors and anyone else subject to the laws of Australia can be dragged into a room and be forced to answer questions under the threat of a stiff civil penalty, in circumstances where what's being investigated is not even a crime.

The problem, though, is that the scenario I've already described is what the law says at the moment.
And it's likely to get much worse for athletes and others in Australia and very soon.

You see, draft federal legislation, currently meandering its way through the Senate – to wit the
ASADA Amendment (Enhancing Australia's Anti-Doping Capability) Bill 2019 – is mightily troubling. New laws which maybe have snuck under the radar, but which should be forced to endure much harsher scrutiny.

In Australia, and in terms eloquently encapsulated by our High Court, self-incrimination privilege
remains a rule of evidence guarding individuals from slitting their throats with their own tongues. That privilege presently enshrined in the ASADA legislation is essentially the same privilege afforded to alleged murderers, rapists and robbers; matters that are a hair's breadth more serious than most doping. So if someone was hauled in to be asked about doping, they wouldn't be compelled to answer if somehow the answers might tend to incriminate them for the robbery.

However, if these new provisions now before the Senate become law, any person reasonably
suspected of having any information, documents or things that might relate to an anti-doping
investigation can be compelled to attend an interview with investigators, and then have the
thumbscrews applied to force answers to the questions, the coughing up of information and the
surrendering of documents. No caveats; no exceptions; no escape.

The only threshold is that there must be a reasonable suspicion that a person (be it an athlete or
anybody else) can assist, whereas the current law requires a reasonable "belief". That distinction is
important – let me explain. I reasonably suspect none of the people on Married At First Sight circa 2020 will have anything to do with each other come June, but I don't have enough information before me at the moment to believe that to be true (further interrogation of the broadcast is, therefore, necessary).

But that ain't all, not by a longshot. Section 47 of the Bill proposes to extinguish the self-incrimination exception, currently in the ASADA legislation, through abrogating in totality the rights of a person to refuse to answer the questions posed in an anti-doping investigation. Even where that refusal is squarely premised on valid and proper concerns that the answers might tend to incriminate the person compulsorily answering.

Put exquisitely simply, these proposed new laws remove every conceivable right that each and every person has – if served with a notice requiring their attendance before doping investigators – to refuse to answer questions in a doping investigation; even if they give themselves up for a robbery in the process. Kind of like the Star Chamber, but for sports. Athletes, coaches and others caught in a doping dragnet in Australia will shortly have fewer rights than accused rapists.

The right to silence is an incredibly important one. This is especially so when you balance it against the armoury of investigative and coercive techniques, deceptions and technologies with which a police force or, in this case, anti-doping investigators can be equipped. Athletes, and others who might be detrimentally affected by any erosions of the self-incrimination privilege should be outraged and rightly so.

You can't be blase about such erosions of rights and freedoms. Once rights are done away with,
that's it. Nobody who cares about sport and the wellbeing of athletes actually wants sport to be
anything less than absolutely clean, level in terms of a playing field and safety for athletes. However, I'm not sure that the key to that utopian kingdom is to destroy the fundamental rights of everyone.

You can't be blase about such erosions of rights and freedoms.

To illustrate where matters could end up, let me leave you with this. There's a fascinating and terribly
important debate ongoing at present in the United States, concerning how new facial recognition
software, developed by a company named Clearview AI, can be safely used in law enforcement and
otherwise in society.

Exactly how you do this I don't know, but this Clearview organisation has developed software to
"scrape" billions and billions of photos from all four corners of the interweb, and every social media platform ever used (MySpace included).

Apparently, if you upload a photo of any person to the Clearview system, the software is clever enough to match that photo exactly with the megabillion images retained in the database.

Basically, the Clearview software can be used to take any random photo of any person without them
knowing, upload it, and then find out whatever you want about them. You can only imagine what those sorts of tools could do in the wrong hands.

So I ask you this … first it's the removal of any right whatsoever to answer a question. Next year it'll
be photo databases of every face ever born, used in all sorts of legal, oddball and nefarious ways.
And then, what's next?

As with all laws there must be limits, and there has to be a balance of competing interests. So riddle me this: blowing up the right to silence in relation to matters which, while important, aren't crimes … fair, or not? You tell me.