Home » Sport » Who was Bobby Moore, how long was he married to Tina and when did he die? The lowdown on the England legend featured in ITV's Tina & Bobby BOBBY MOORE is England’s most successful footballer. He's the one and only Three Lions skipper to win the World Cup and lift the Jules Rimet trophy.

That famous Wembley final in 1966 etched Moore’s name into the history books and his sublime style and grace as a centre-back has never been matched. 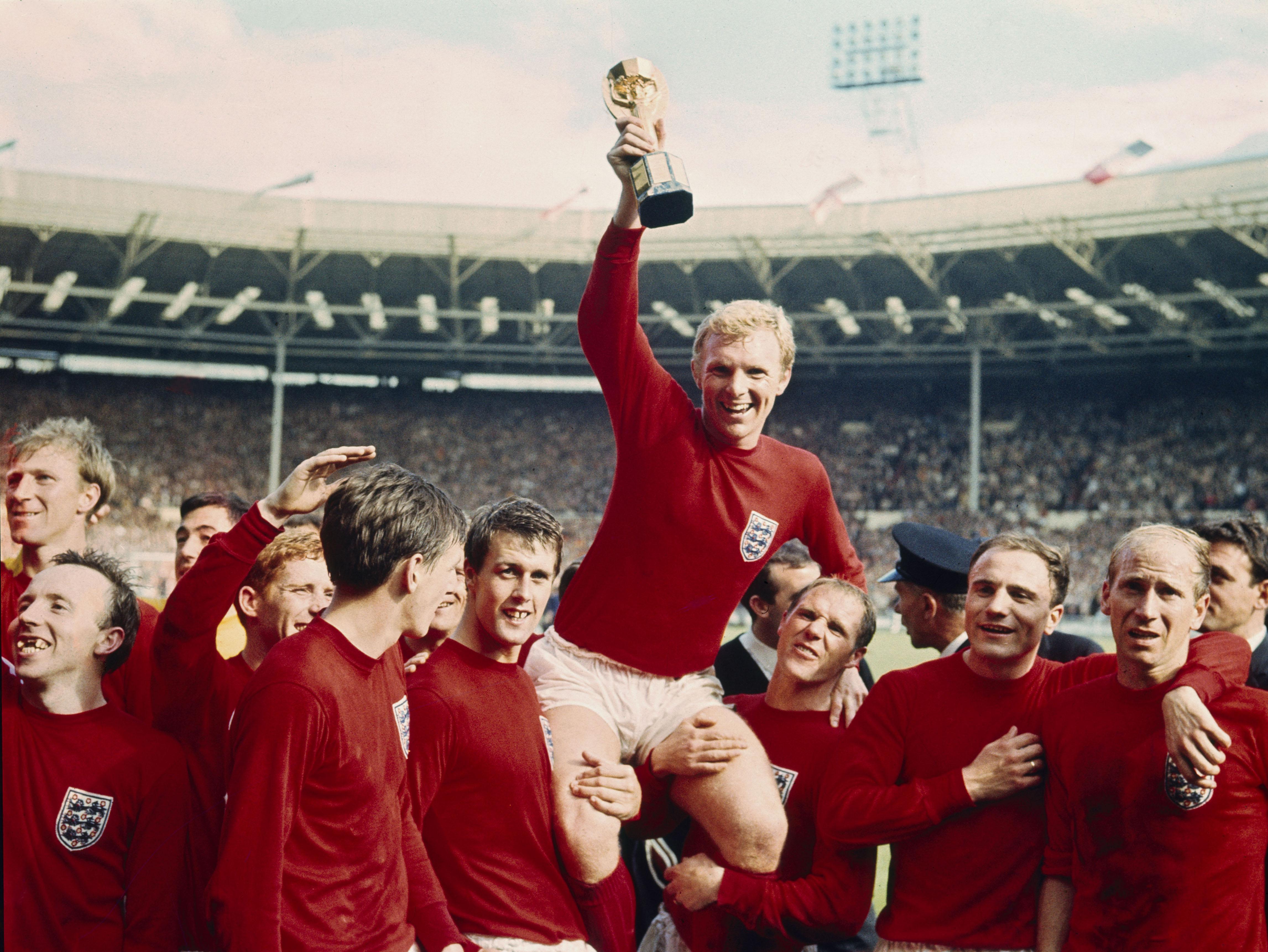 The tackle on Jairzinho from the 1970 World Cup can still be marvelled over on Youtube, and is as beautiful as any Lionel Messi free-kick or Cristiano Ronaldo act of trickery.

The story of his life with wife Tina is played out in drama series Tina & Bobby on ITV.

Where was Bobby Moore from?

What was Bobby Moore’s record with England?

Moore played 108 times for his country (all were starts – he was never a substitute) in an international career which lasted 11 years and 178 days.

He was captain for 90 of his appearances.

Moore scored only two goals for England, in friendlies against Norway and Poland. 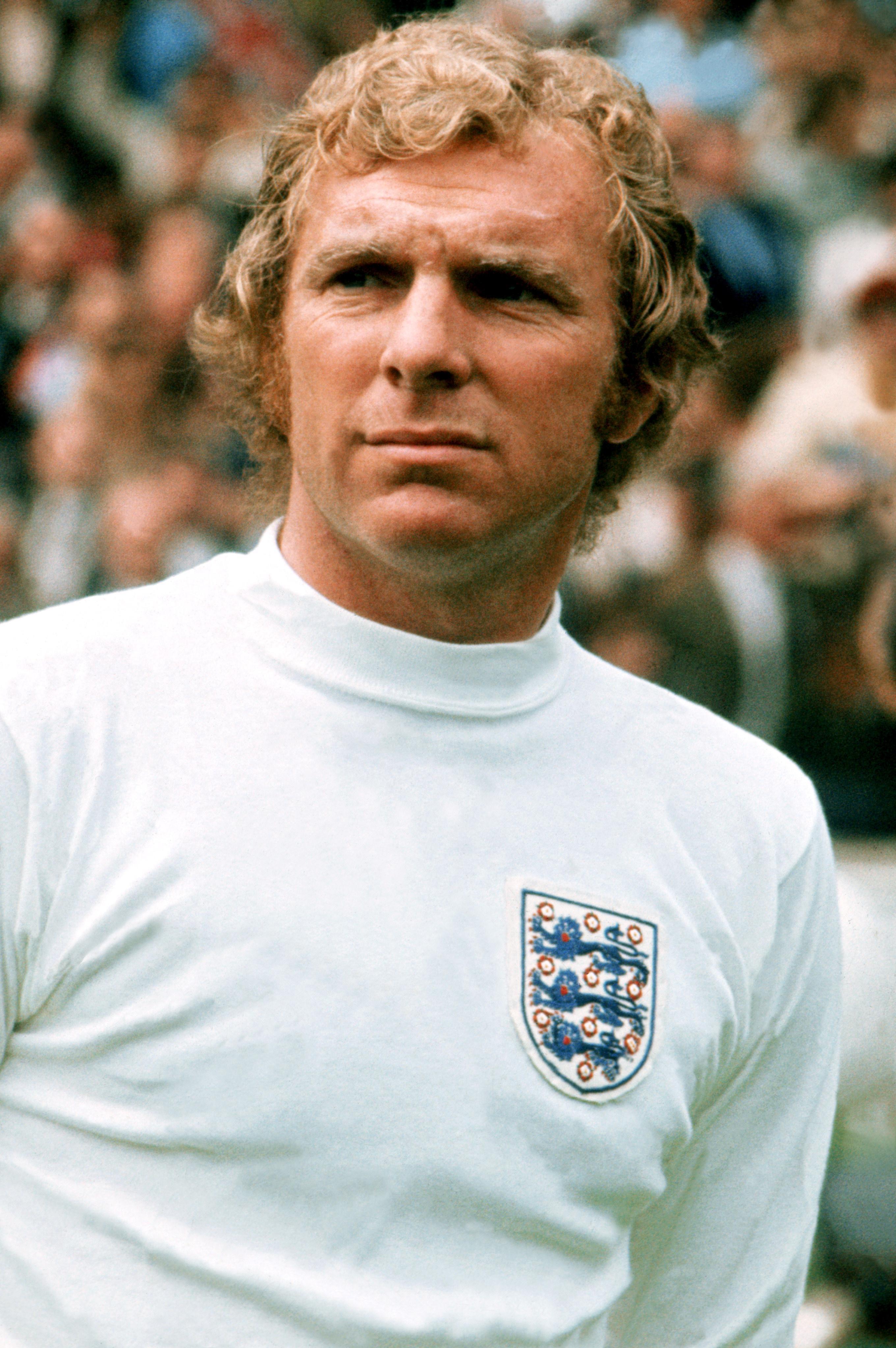 What was Bobby Moore’s record at West Ham?

Moore made 544 league appearances – a record at the time – and scored 24 goals.

His debut came against Manchester United on October 8, 1958.

His final appearance for the club was against Hereford in the FA Cup on January 5, 1974. 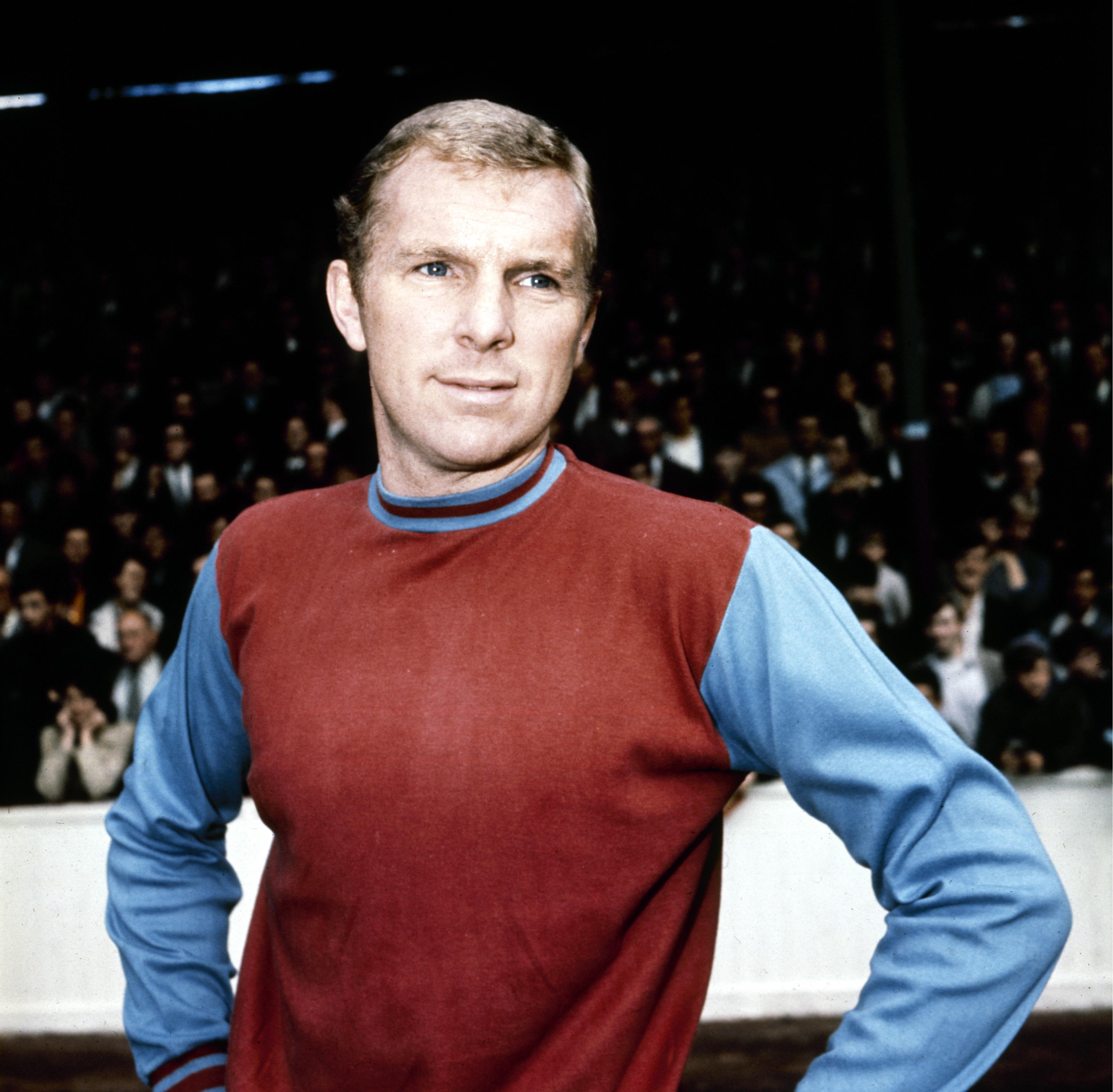 Which other clubs did Bobby play for?

After West Ham, Moore played for Fulham and then moved to America to play for San Antonio Thunder, Seattle Sounders and Carolina Lightnin’.

He also had a brief spell in Denmark with Herning Fremad.

Ex-West Ham manager Harry Redknapp has been critical over West Ham for their treatment of their most famous player who was not offered a role at the club after he retired.

What was the Bogotá Bracelet incident?

In 1970 in the build-up to England’s defence of the World Cup, Moore was accused of stealing a necklace in Bogota, Colombia.

Moore was arrested and then released and then travelled with the England team to play another a match against Ecuador.

But when the team plane stopped back in Colombia on the return to Mexico, Moore was detained and placed under four days of house arrest.

Diplomatic pressure and a blatant lack of evidence saw the case dropped entirely.

What did Bobby Moore do after the end of his playing career?

Moore retired from playing professionally in 1978.

After hanging up his boots he had a brief managerial career at Eastern AA in Hong Kong, Oxford City and Southend United.

He worked in the media with newspaper columns and radio appearances. He also appeared in the 1981 film Escape to Victory, with Michael Caine. 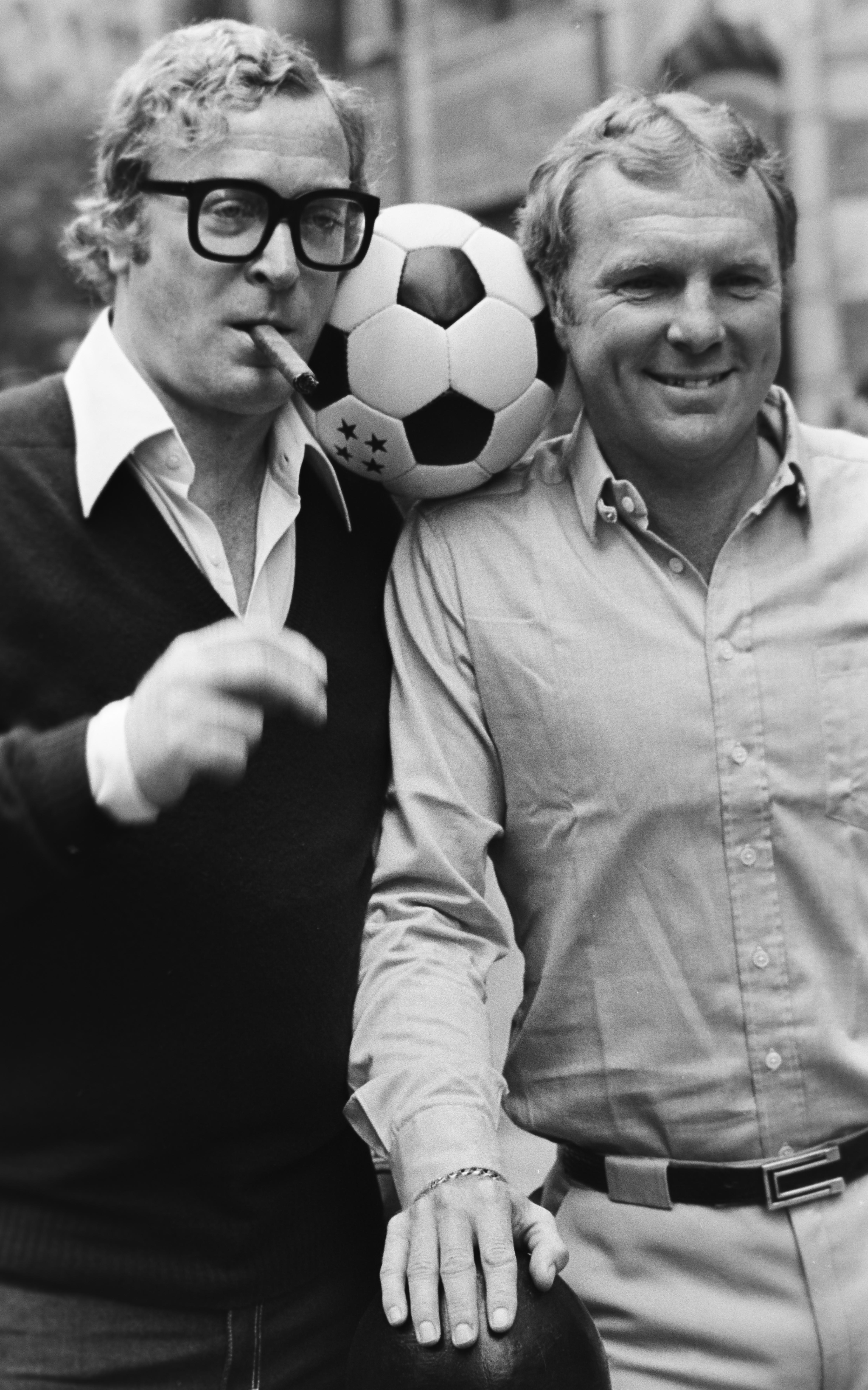 When did Bobby marry Tina? How many children did they have?

The pair had a daughter called Roberta in 1965 and a son named Dean in 1968. The couple separated after 25 years of marriage.

Tina is portrayed in ITV drama Tina and Bobby by Michelle Keegan.

The three part drama which first aired in 2017, showed the first of the WAG's and how her relationship with Moore developed throughout his career and afterwards.

Tina said: "I was flabbergasted. The separation was horrendous. But it was ten years before I stopped being in love with him."

They divorced in 1986 and Moore wed his second wife Stephanie Parlane in 1991.

Son Dean struggled with alcohol addiction and died in 2011 aged just 43 as a result of diabetes. 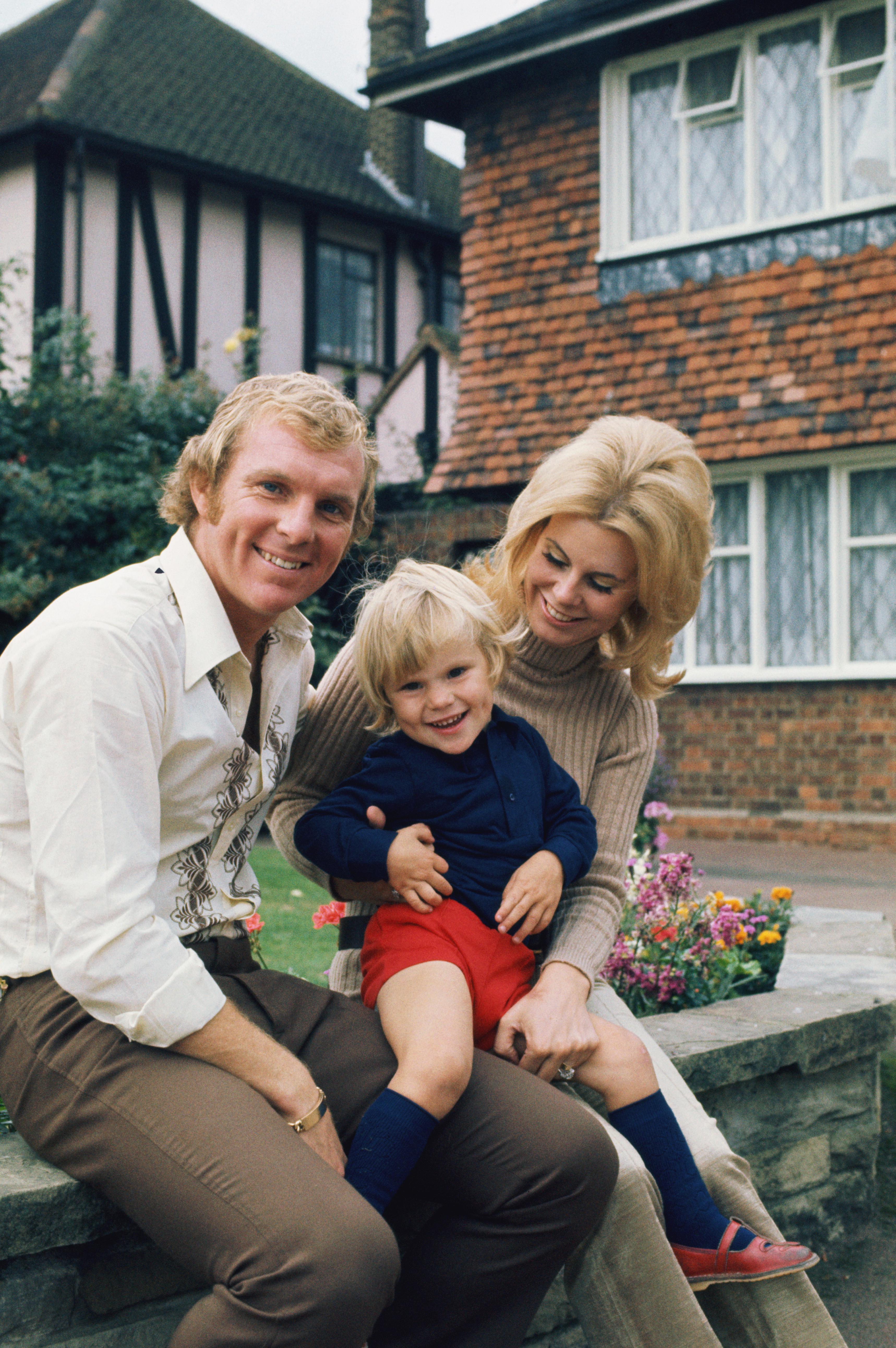 How did Bobby Moore die?

He was the first member of the England World Cup winning side to die.

What is the Bobby Moore Fund?

The Bobby Moore Fund is a charity formed in 1993 by his second wife Stephanie Moore and Cancer Research UK in memory of her late husband.

They raise money for research into bowel cancer and also public awareness of the disease.

Since the fund was set up mortality rates have fallen and over £23.5 million has been raised for research 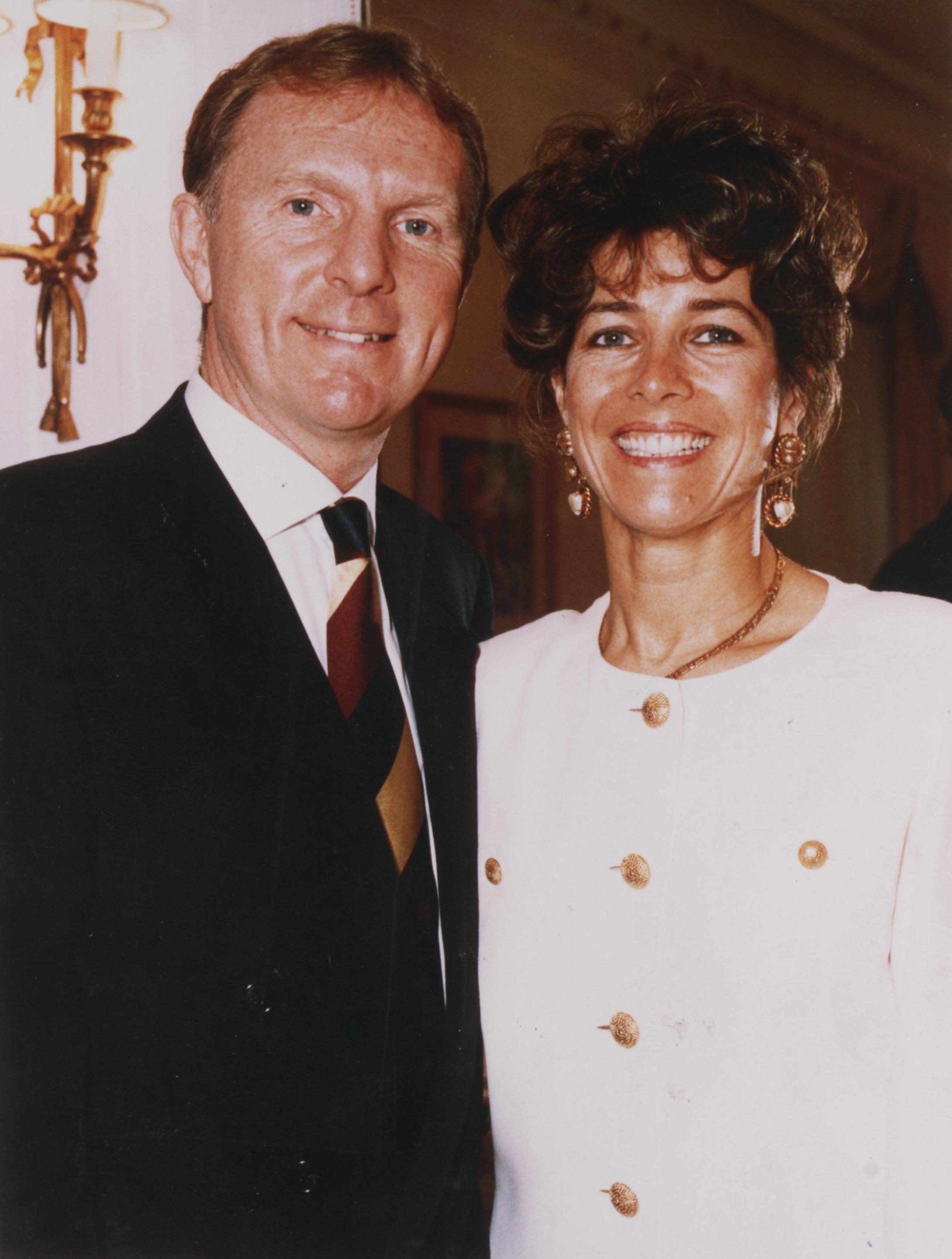 Was Bobby Moore knighted? What honours has he been awarded?

Moore had a brilliant domestic run going into the 1966 World Cup after he lifted the 1964 FA Cup with the Hammers and went on to win the 1965 UEFA Cup Winners’ Cup.

On his own he won the FWA Footballer of the Year in 1964 and, after lifting the World Cup, he was named the BBC Sports Personality of the Year.

The PFA named him their Player of the Century and he made the FIFA World Cup All-Time Team. .

In May 2007 a statue of Moore was unveiled outside the entrance of the newly reconstructed Wembley Stadium.

In August 2008 West Ham United officially retired the number 6 and in July 2016 Moore became the first footballer to get an English Heritage Blue Plaque outside of his home but Moore was never knighted.