Shaun Murphy repelled a strong comeback from Judd Trump to sink the world No 1 13-11 and seal his place in the semi-finals of the World Snooker Championship for the first time since 2015.

Former champion Murphy saw a 10-6 lead evaporate as Trump reeled off five of the first six frames of the evening session, hauling himself level in the match with a clearance of 111.

But Trump never looked entirely comfortable and, having seemingly done the hard work, it was the 2019 winner who faltered in the next, a missed black off its spot enabling Murphy to nudge back in front with a coolly-taken break of 70.

A sloppy safety by Trump in the next frame served up the simplest of opportunities for Murphy to compile what proved to be a match-winning break of 62.

Murphy said he hoped his win marked the start of an overdue change in his fortunes, having endured a difficult few years on and off the table, made harder by lockdown regulations affecting travel from his home in Ireland.

“There have been some very dark days, times when in all honesty had I had a good paying job to go to, I would have sacked it off,” said Murphy.

“Maybe this week turns my bad season around a little bit. I don’t think one good run can delete 20 bad ones, but I’m two wins away from capping off a very bad year in a very good way.” 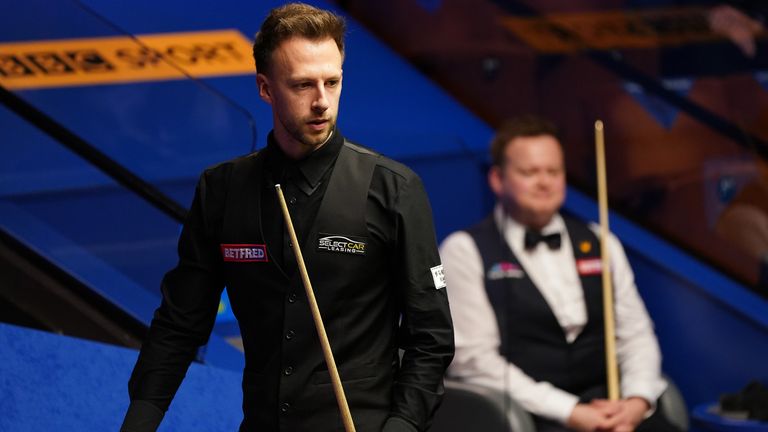 It marked a disappointing end to the season for Trump, who had strengthened his position as world No 1 by winning five ranking tournaments this season, but must wait to add to the solitary world title he claimed in 2019.

Trump told Eurosport: “I’d given up really, I didn’t think anything was going to happen.

“I didn’t play well and Shaun really struggled. At 11-11 if I didn’t miss that black I was in full control, and I let him back in easy. It was mine to lose and it is disappointing I didn’t make it harder for him.”

Murphy will face Kyren Wilson in the last four after the 2020 runner-up won five frames in succession to see off former champion Neil Robertson 13-8.

For those on the move, we will have the Snooker & Pool season covered via our website skysports.com/more-sports, our app for mobile devices, or our Twitter account @skysportspool for latest news and reports.