The pair crossed paths in an incredible crossover bout in 2008 at WWE No Way Out. 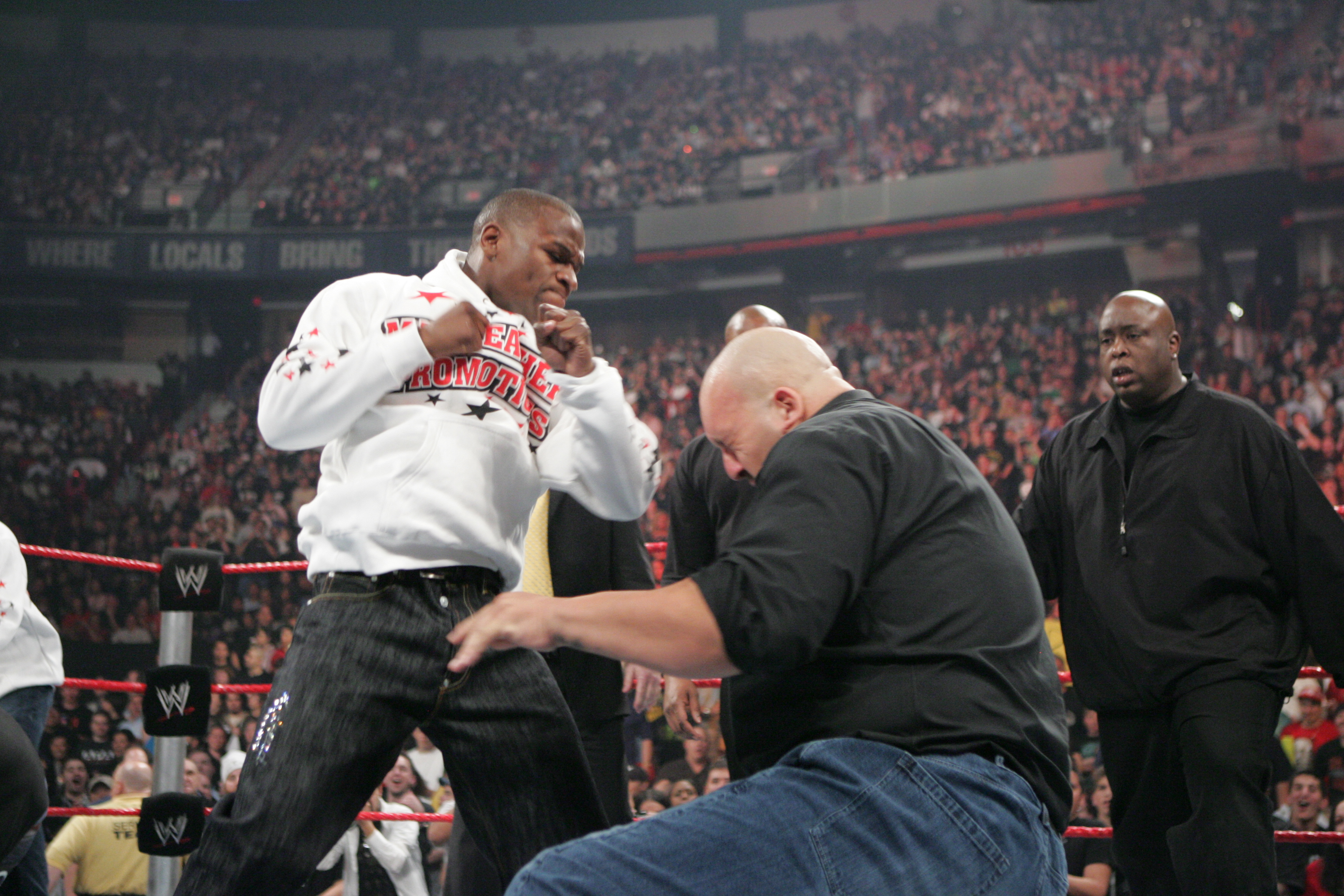 Big Show, who stands at a staggering 7ft tall, ended up worse for wear after the match but insisted he'd had his nose broken by less, according to WWE legend Chris Jericho.

Jericho lifted the lid on the tale as he revealed he is open to boxing Mike Tyson.

Speaking on his Talk is Jericho podcast, the 50-year-old said: "You can hit me and I'm fine.

"I'll be fine, and I remember when Big Show had that with Floyd Mayweather.

"He told me Mayweather hit him and Mayweather broke his nose. And Show was like, 'I've had my nose broken by less.'"

After the shocking incident that left fans stunned, the Big Show revealed he asked for boxing legend Mayweather to do exactly that.

He said: "I told Floyd to break my nose. If he didn't do something huge that night, our angle was dead in the water

"It's just the size disparity, I was trying to do something different than a normal wrestling angle, so this is an opportunity with a trained professional, who I trusted, and is one of the greatest fighters who ever boxed (to do something special).

"I'd spent a whole year messing around the ring boxing, so I knew he knew how to break my nose without shoving it through the back of my head. It was a left hook, it was awesome.

"There's a way he could have broken my nose that would have sprayed it all over my face, I mean, I can do that.

"I can hit someone in the nose and spread it all over their face – Floyd did it and it was fine."