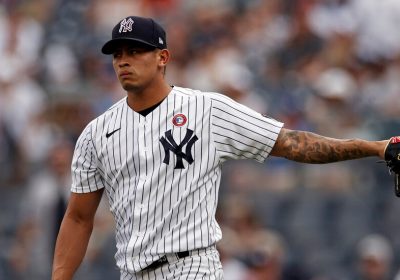 Three confirmed cases, and three more that are likely to be positive, called off a game against Boston that was scheduled to start baseball’s second half. 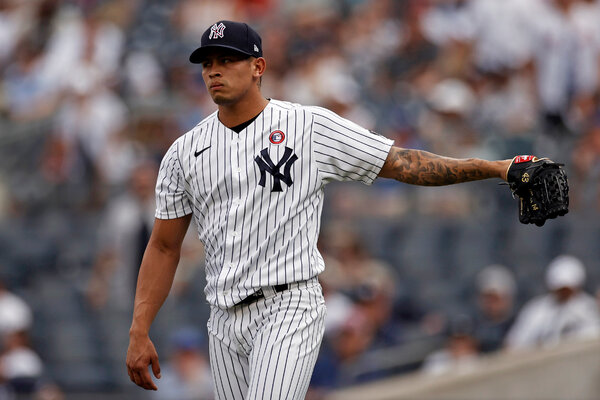 Major League Baseball scheduled just one game on Thursday, putting the Yankees and the Boston Red Sox in the national spotlight at Yankee Stadium to start the nominal second half of the season. Then an unwelcome intruder got in the way.

Two and a half hours before the scheduled start time, just after the Yankees had hurriedly pulled the team off the field and canceled batting practice, M.L.B. postponed the game because three Yankees pitchers — Nestor Cortes Jr., Jonathan Loaisiga and Wandy Peralta, each of whom is vaccinated — had tested positive for the coronavirus. General Manager Brian Cashman said three other players had tested positive through multiple rapid tests, and that the team expected those players’ laboratory tests to also come back positive.

The Yankees have reached the 85 percent vaccination rate M.L.B. requires to operate under relaxed Covid protocols, but Cashman said the team had again experienced breakthrough cases, two months after an outbreak of nine cases, mostly within the coaching staff.

“It doesn’t prevent you from contracting Covid; it prevents you from the severe, worst-case effects of Covid,” Cashman said. “We’re thankful that we’re vaccinated in most cases — not in all cases — and therefore we’re ultimately protected.”

The Yankees put Loaisiga on the Covid-19 injured list on Saturday in Houston, and he did not travel with the team after that series, which led into the All-Star break. Cortes and Peralta were placed on the list on Thursday.

Cashman did not know the status of the Yankees’ remaining weekend games with the Red Sox, who are scheduled to be in New York through Sunday. Given the two outbreaks the team has now experienced, he said the Yankees would consider a change in protocols.

“We certainly will re-evaluate everything we have done and see if there’s anything we can be better at moving forward,” Cashman said. “Those are fair questions to ask.”