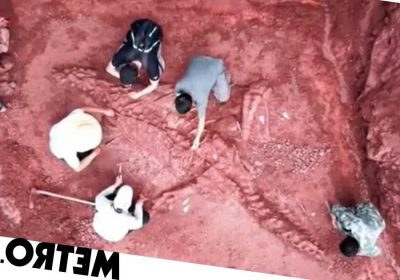 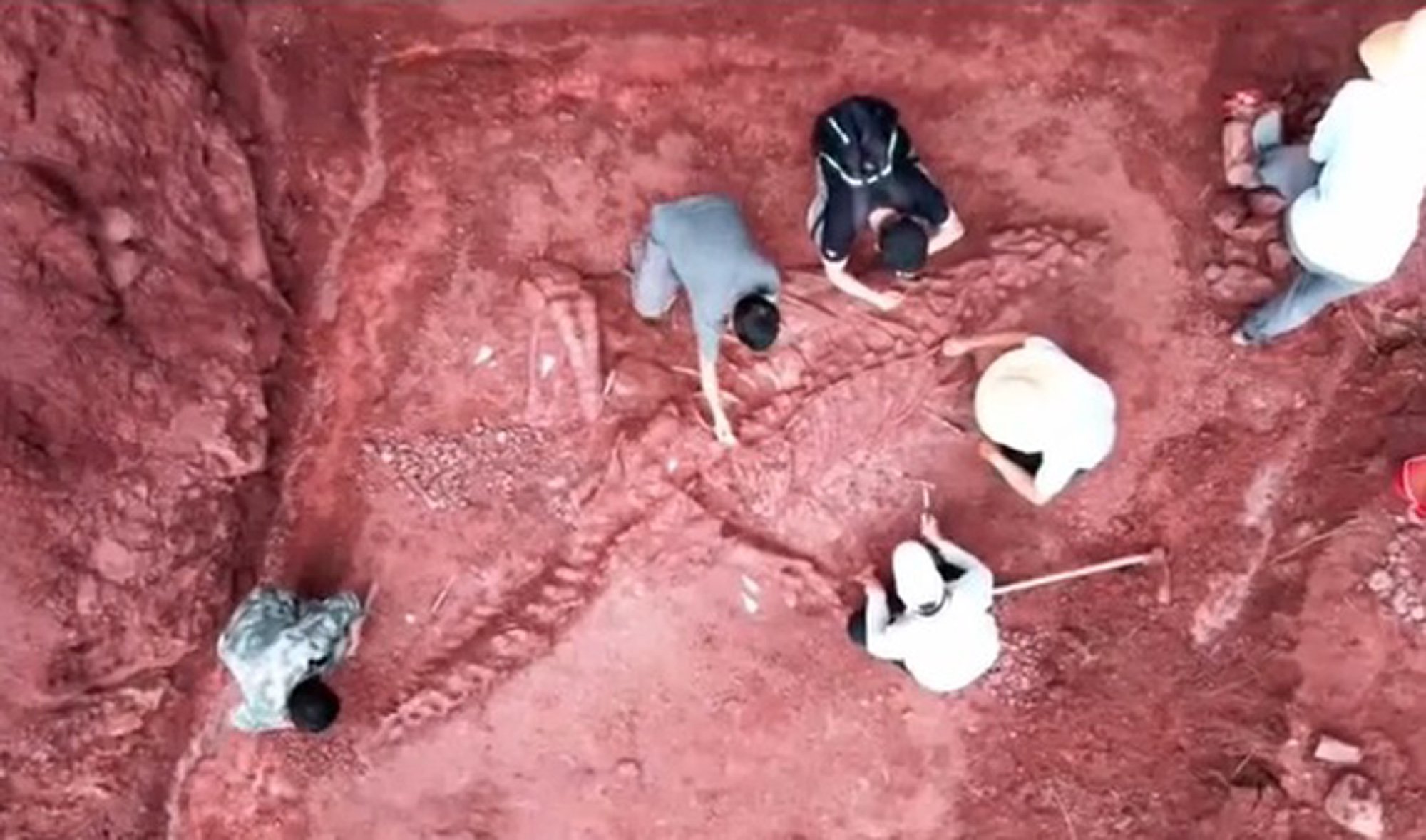 Chinese palaeontologists have discovered this large 180-million-year-old dinosaur skeleton from the Jurassic period that is 70 percent complete and well-preserved.

The fossils were discovered in the city of Lufeng in the province of Yunnan in southern China in late May.

The fossil, which represents 70 percent of the complete dinosaur, dates back 180 million years which coincides with the Jurassic period.

The Jurassic is a geological period that took place between 201.3 million to 145 million years ago.

The pictures show the incredible discovery by Chinese palaeontologists who believe the dinosaur was eight metres (26 feet) long.

The director of the Dinosaur Fossil Conservation and Research Center Wang Tao said that, based on previous discoveries and after studying the tail and thigh bones, ‘this could be a type of giant Lufengosaurus that lived during the Early Jurassic period’.

He said that such findings are rare given that the fossil is nearly complete and it should be considered a ‘national treasure’.

Finding fossils that are as complete as this one in Lufeng is a very rare occurrence in palaeontology, according to local sources.

Wang added that if they are able to find the dinosaur’s fossilised skull during the next dig, it will be a ‘shocking event’ in palaeontology.

The Dinosaur Fossil Conservation and Research Center are currently carrying out emergency excavations as the fossil was found in an area that experiences soil erosion and could endanger the conservation of any remaining bones.