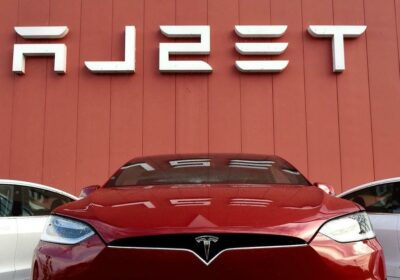 As cars get 'smarter', thieves might not need lockpicks or crowbars to steal them anymore.

A 19-year-old hacker claims to have hijacked 25 Tesla vehicles in 10 countries—using nothing but the Internet.

David Colombo, a cybersecurity wizz kid from Germany, says he has the power to unlock the doors and even start driving the Teslas in question.

Colombo publicly revealed on Twitter he has "remote control" of the vehicles after unscrupulous owners left their cars open to hacking. He says he needs to get in touch with the owners and let them know, but has no way of contacting them.

"So, I now have full remote control of over 20 Tesla's in 10 countries and there seems to be no way to find the owners and report it to them…" the teen casually announced on Twitter.

While he didn't share the full details of how he gained access to the cars, he said that it had nothing to do with a vulnerability on Tesla's part and instead it is the owners' faults.

Colombo said he can use his powers to find the exact location of the cars, open the doors and windows, and even blast music through the speakers or flash the headlights. However, he clarified that he couldn't interfere with someone driving, which rules out any future assassination attempts on Tesla owners.

Tesla say they are investigating the issue and have begun issuing new security certificates to their vehicles to keep hackers out of cars.

The teen hacker is conducting what tech experts call 'ethical hacking', whereby someone hacks into a computer system to find its potential security flaws.

This is so that the company in charge of the device can fix things up and prevent real criminals getting their hands on it.