Home » Technology » A Job That Isn’t Hard to Get in a Pandemic: Swindlers’ Helper

A Job That Isn’t Hard to Get in a Pandemic: Swindlers’ Helper Criminals are increasingly using people like Denise Newton to move their money, just as many have lost their jobs and are vulnerable.

Denise Newton, 24, was contacted by a company called Heies this year after she lost her job. But something was off about her new employer.Credit…Wes Frazer for The New York Times 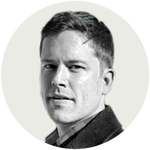 After the fitness center where Denise Newton worked closed down in April because of the coronavirus, she posted her résumé online to look for a new job. She soon got a call from a company she had never heard of.

The woman who phoned from the company, Heies, invited Ms. Newton to apply for a job as a “local hub inspector.” When she started work in May, Ms. Newton began receiving boxes with Apple watches and laptops in them. Her job was to open the boxes, check the contents and then mail them off to foreign addresses.

But something was off. The boxes were suspiciously plain, even though they included brand-name products. The name on the labels was never Ms. Newton’s. When she asked questions, her new employer stopped responding. In June, she reported Heies to the Better Business Bureau.

It turned out that Ms. Newton had become what is known in security circles as a money mule, an accomplice who, either knowingly or unknowingly, helps international criminal rings move their ill-gotten gains. In Ms. Newton’s case, swindlers appeared to be buying products in the United States with stolen money and then mailing them — using unwitting intermediaries like her to disguise their involvement — to overseas locations where the goods could be resold for cash.

“They really caught me at the perfect time,” said Ms. Newton, 24, who was living with her parents in Birmingham, Ala. “I was just one of those desperate people looking for a job.”

Since the pandemic’s onset in March, the number of criminal schemes relying on money mules has spiked, just when many people have lost their jobs and are vulnerable to exploitation. The volume of schemes has been turbocharged partly by criminals going after enticing pots of money from the U.S. government — specifically, the benefit programs that were set up to help people and businesses hurt by the pandemic-induced economic downturn, the authorities said.

In total, online human resources schemes where criminals pose as potential employers have soared 295 percent from a year ago, while schemes used for money laundering have skyrocketed by 609 percent, according to the security firm ZeroFox.

Many people who perpetrate these frauds are based overseas, authorities said, so they need to move the money to their home country. Banks and authorities have made it harder to launder money through traditional financial channels in recent years. So these criminals are now increasingly on the hunt for a larger supply of potential money mules just as many newly unemployed people look for work.

“It is something that is escalating because of the current environment,” said Robert Villanueva, a former Secret Service agent who now works on cybercrime intelligence for the security firm Q6 Cyber. “It has become hard to avoid.”