Home » Technology » A new area of AI booms, even amid the tech gloom

A new area of AI booms, even amid the tech gloom 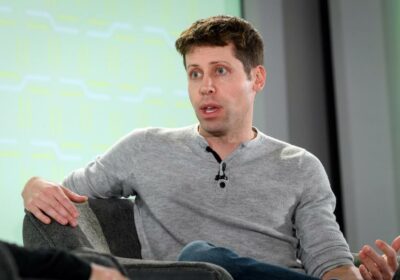 SAN FRANCISCO — Five weeks ago, OpenAI, a San Francisco artificial intelligence lab, released ChatGPT, a chatbot that answers questions in clear, concise prose. The AI-powered tool immediately caused a sensation, with more than 1 million people using it to create everything from poetry to high school term papers to rewrites of Queen songs.

Now OpenAI is in the midst of a new gold rush.

The lab is in talks to complete a deal that would value it at around $29 billion, more than twice its valuation in 2021, two people with knowledge of the discussions said. The potential deal — where OpenAI would sell existing company shares in a so-called tender offer — could total $300 million, depending on how many employees agree to sell their stock, they said. The company is also in discussions with Microsoft — which invested $1 billion in it in 2019 — for additional funds, two people said.

The clamor around OpenAI shows that even in the most dismal tech downturn in a generation, Silicon Valley’s deal-making machine is still kicking. After a humbling year that included mass layoffs and cuts, tech investors — a naturally optimistic bunch — can’t wait to jump on a hot trend.

No area has created more excitement than generative artificial intelligence, the term for technology that can generate text, images, sounds and other media in response to short prompts. Investors, pundits and journalists have talked up artificial intelligence for years, but the new wave — the result of more than a decade of research — represents a more powerful and more mature breed of AI.

This type of AI promises to reinvent everything from online search engines like Google to photo and graphics editors like Photoshop to digital assistants like Alexa and Siri. Ultimately, it could provide a new way of interacting with almost any software, letting people chat with computers and other devices as if they were chatting with another person.

In 2022, investors pumped at least $1.37 billion into generative AI companies across 78 deals, almost as much as they invested in the previous five years combined, according to data from PitchBook, which tracks financial activity across the industry.

OpenAI, Thrive Capital and Founders Fund did not provide comments on the proposed investment.

Companies have developed generative AI for years, including tech giants like Google and Meta as well as ambitious startups like OpenAI. But the technology did not capture the public’s attention until last spring, when OpenAI unveiled a system called DALL-E that let people generate photo-realistic images simply by describing what they wanted to see.

That inspired entrepreneurs to dive in with new ideas and investors to make sweeping proclamations of disruption. Their enthusiasm reached new heights in December after OpenAI released ChatGPT, with fans seizing on the technology to generate love letters and business plans.

“It’s the new ‘mobile’ kind of paradigm shift that we’ve been all waiting for,” said Niko Bonatsos, an investor at venture capital firm General Catalyst. “Maybe bigger, too.”

Investors at Sequoia Capital wrote that generative AI had “the potential to generate trillions of dollars of economic value.” And Lonne Jaffe, an investor at Insight Partners, said, “There is definitely an element to this that feels like the early launch of the internet.”

Google, Meta and other tech giants have been reluctant to release generative technologies to the wider public because these systems often produce toxic content, including misinformation, hate speech and images that are biased against women and people of color. But newer, smaller companies like OpenAI — less concerned with protecting an established corporate brand — have been more willing to get the technology out publicly.

The techniques needed to build generative AI are widely known and freely available through academic research papers and open source software. Google and OpenAI have an advantage because they have access to deep pockets and raw computing power, which are building blocks for the technology.

Still, many top researchers from Google, OpenAI and other leading AI labs have struck out on their own in recent months to found new startups in the field. These startups have received some of the largest funding rounds, with the excitement surrounding ChatGPT and DALL-E prompting venture capital firms to invest in even more young companies.

More than 450 startups are now working on generative AI, by one venture capital firm’s count. And the frenzy has been compounded by investor eagerness to find the next big thing in a gloomy environment.

Michael Dempsey, an investor at venture firm Compound, said the tech downturn — which last year included a crypto crash, poor performing stocks and layoffs at many companies — created a lull among investors.

Then “everyone got excited about AI,” he said. “People need something to tell their investors or themselves, honestly, that there is a next thing to be excited about.”

Some worry the hype around generative AI has gotten ahead of reality. The technology has raised thorny ethical questions around how generative AI may affect copyrights and whether the companies need to get permission to use the data that trains their algorithms. Others believe big tech companies such as Google will quickly trounce the young upstarts, and that some of the new companies have little competitive advantage.

“There are a lot of teams that don’t have any AI competency that are pitching themselves as AI companies,” Dempsey said.

Those concerns have not slowed the swell of excitement, especially after the arrival of Stability AI in October.

The startup had helped fund an open source software project that quickly built image-generating technology that operated much like DALL-E. The difference was that while OpenAI had only shared DALL-E with a small number of testers, Stability AI’s open source version — Stable Diffusion — could be used by anyone. People quickly used the tool to create photo-realistic images of everything from a medieval knight crying in the rain to Disneyland painted by Vincent Van Gogh.

In the ensuing excitement, Eugenia Kuyda, founder and CEO of chat bot startup Replika, said in an interview that she was contacted by “every VC firm in Silicon Valley,” or more than 30 firms. She took their calls but decided against additional funding because her company, founded in 2014, is profitable.

“I feel like the person who was a week early arriving at the airport for a flight — and now the flight is boarding,” she said.

Character.AI, another chat bot company, and You.com, which is adding chat technology to its internet search engine, have also been deluged with interest from venture capitalists, the companies said. Sharif Shameem, an entrepreneur who built a searchable database for images created by Stable Diffusion in August called Lexica, said his tool rapidly hit 1 million users — a sign he should shift from his existing startup to focusing on Lexica. Within a few weeks, he raised $5 million in funding for the project.

Shameem compared the moment around generative AI to the advent of the iPhone and mobile apps. “It feels like one of those rare opportunities,” he said.

Jaffe of Insight Partners said his firm has since encouraged most of its portfolio companies to consider incorporating generative AI technology into their offerings. “It’s hard to think of a company that couldn’t use it in some way,” he said.

Radical Ventures, a venture firm in Toronto, one of the global centers of AI research, was created five years ago specifically to invest in this kind of technology. It recently launched a new $550 million fund dedicated to AI, with more than half of its investments in generative AI companies. Now those bets look even better.

Get more business news by signing up for our Economy Now newsletter.