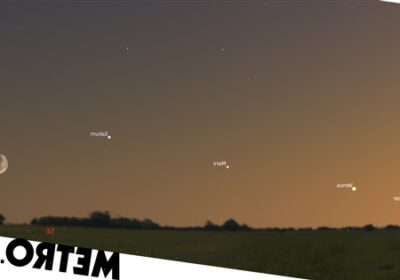 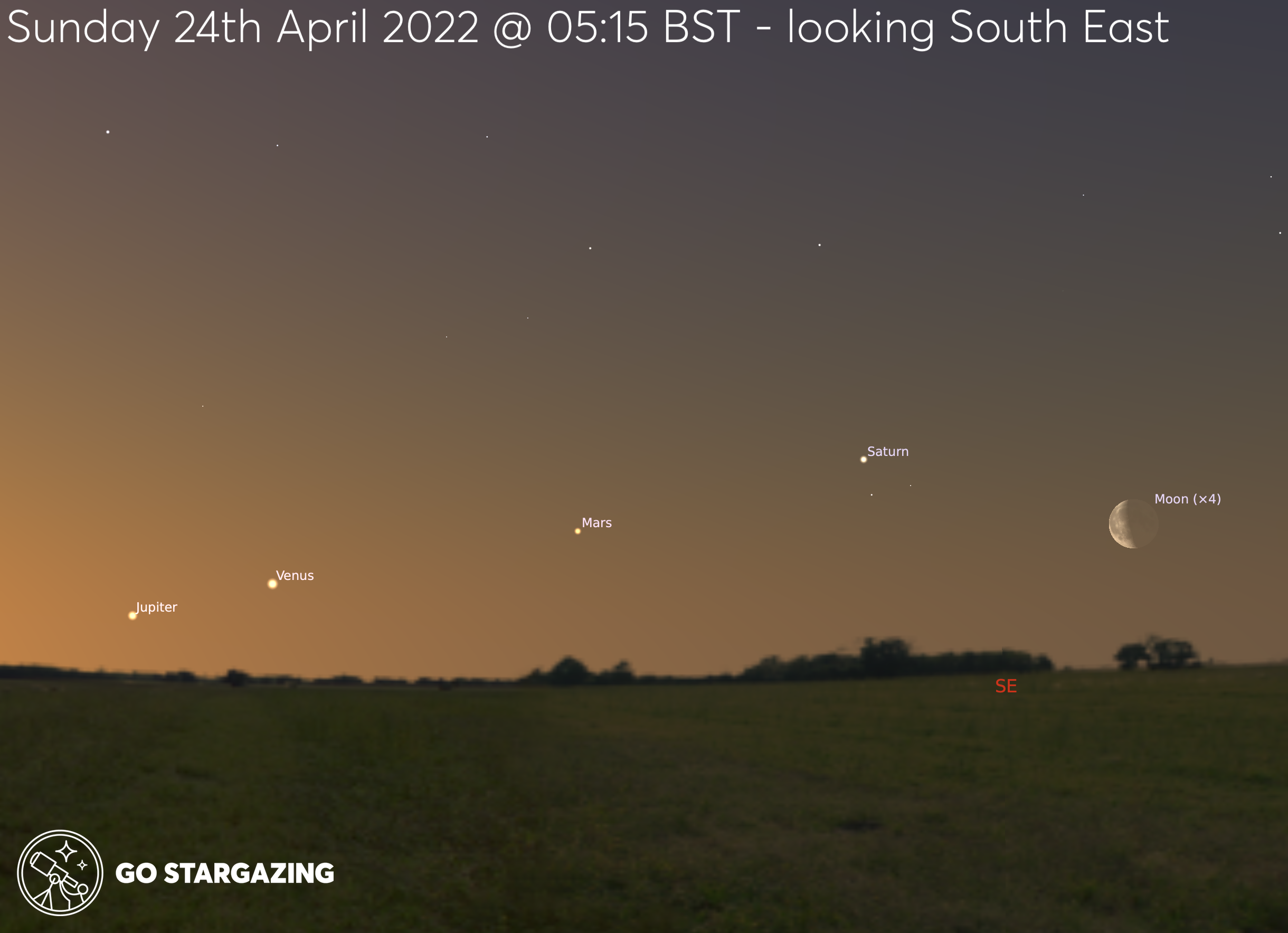 A rare planetary alignment is set to delight stargazers next week as Jupiter, Mars, Saturn and Venus line up across the sky.

The rare occurance will start to form on Sunday, April 17, but will really be best viewed next week.

The spectacle will be at its most viewable on the morning of Sunday, April 24.

If the weather is favourable, you shouldn’t need any special equipment to see it for yourself. Although you’ll have to look hard as the sun will just be rising.

Acting as the celestial cherry on top of this cosmic sundae, the moon will also join the line-up as it appears further south – just to the right of Saturn.

‘The best time to see the planetary alignment will be soon after 5am on the 24th April when the four planets Jupiter, Venus, Mars and Saturn will be joined by a near half Moon in the morning twilight,’ a spokesperson for the UK-based organisation Go Stargazing told Metro.co.uk.

‘The Moon will be near them on the following three mornings, too, albeit much lower in the sky at the same time each morning.

‘Observers will need a clear horizon towards the South East so that they can see low in the sky.’

And according to Nasa, the two brightest planets in the sky, Venus and Jupiter, are set for their own ultra-close conjunction at the end of the month, on April 30.

Alexander Krivenyshev in Weehawken, New Jersey, shared this photo of New York and its sky yesterday and said: “The “planet parade” of Jupiter, Venus, Mars, and Saturn align over New York City.”
What a view! Thank you, Alexander!#NewYork #NewJersey #planets #alignment pic.twitter.com/5sgBihWMZQ

But if you’re planning to look out for all the planet when they align keep in mind that – unlike stars – planets don’t twinkle. They should appear as a continuous shining light in the sky.

If you do want a bit of a helping hand to get the best view of planets, stars and the solar system in general, we’ve rounded up the best stargazing tech to help you get the most from the night sky.