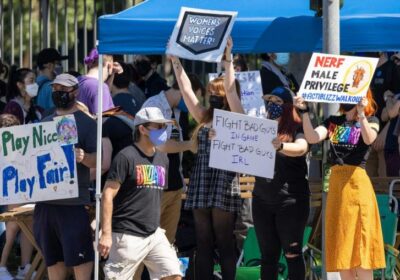 NEW YORK (BLOOMBERG) – Activision Blizzard said it is creating a workplace responsibility committee to oversee efforts to improve its corporate culture after multiple lawsuits and investigations over allegations of sexual misconduct and discrimination.

The video game company’s two women board members will make up the committee: Ms Dawn Ostroff, who has been on the board since last year, and Ms Reveta Bowers, who joined as an independent director in 2018. The company is also working to add a new, diverse director to the 10-member board, it said in a statement.

Activision, known for hit video games like Call Of Duty and World Of Warcraft, has been been in turmoil since the summer, when it was sued by California’s Department of Fair Employment and Housing over allegations of sexual harassment, unequal pay and retaliation.

The agency described a “frat boy” culture at the company and accused leadership of failing to take action. A recent investigative article in the Wall Street Journal reported on additional claims of harassment at the company, directly tying Chief executive officer Bobby Kotick to allegations of mistreatment of women, protecting executives accused of misconduct and failing to inform the board of a legal settlement linked to allegations of rape.

Mr Kotick is under mounting pressure from employees, business partners and investors to resign, but the board has publicly said it is backing him. The board said in a statement late Monday (Nov 22) that it supports “the numerous steps taken by management since 2018 to improve workplace culture”.

The CEO, who has led Activision for 30 years, told colleagues he would consider leaving if he cannot quickly fix the problems, the Wall Street Journal reported Sunday, though Mr Kotick stopped short of saying he would step down. He will be required to provide frequent “progress reports” to the new committee, which will regularly brief the full board.

As of Sunday, nearly 2,000 employees had signed a petition calling for Mr Kotick’s resignation.

All three major game console makers have also spoken out against Activision. Mr Doug Bowser, president of Nintendo of America, became the latest, telling staff on Friday that the reports are “distressing and disturbing”. His comments follow similar statements from Microsoft and Sony Group.

In the past year and a half, the video game industry has faced a reckoning, prompted by an outpouring of allegations on social media in 2020. This week, a former PlayStation employee sued the company alleging gender pay discrimination and wrongful termination after she spoke up about the issue. Axios reported on the suit earlier. A spokesman for Sony’s PlayStation division did not immediately respond to a request for comment.