Home » Technology » Alexa and other AI robots will soon tell you off for being rude, expert predicts

Alexa and other AI robots will soon tell you off for being rude, expert predicts 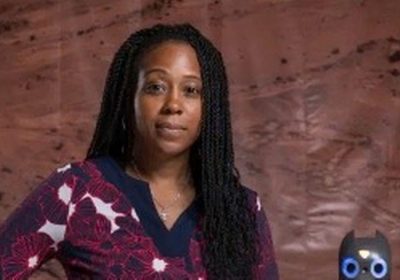 Alexa and other AI robots will soon be able to tell us off for being rude, an expert claims.

Dr Ayanna Howard, 48, said she would "love" for machines to act like her mum and dad.

The roboticist at Georgia Institute of Technology told the Marketplace Tech podcast: "They can enhance our quality of life if they’re done right.

"For example, I would love it if my Alexa would literally tell me, 'You’re being rude. I’m not doing that.'

"One, it’s just like your mom or your dad. You get a little bit of home training. I think we can have systems that make us start thinking about our own biases, and basically allow us to learn about ourselves to then be better humans.

"I think that AI can do that, but we’re still far from that, because we don’t have that path and we’re not thinking about it that way. But I think it makes our lives better. I just want to make sure that it doesn’t also harm communities while it’s doing it."

The academic said getting robots to do this was already "fairly straight forward" as they can analyse our voices to tell if we're angry.

"So the technology to do that and figure that out has actually been done. The question is, how do you get the companies that are releasing these applications the ability to do that, and also give us the freedom to cut it off or cut it on?

"Because we don’t necessarily always want a rude Siri or rude Alexa. I think one of the things is having people start talking about it and start demanding it of their products like we do with everything else."