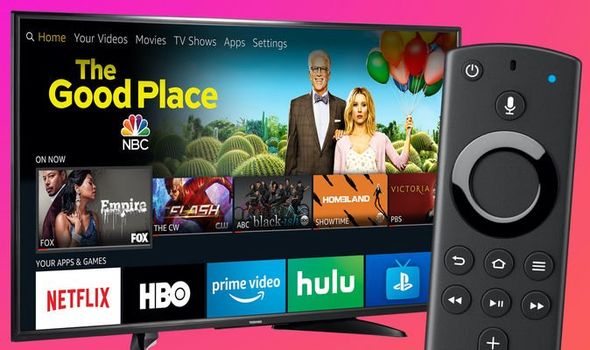 The battle for the £5.99 or so in your monthly budget set aside for streaming services is getting pretty heated. Netflix, YouTube Premium, NOW TV, Disney+, HayU, Shudder, BritBox, Apple TV+ …the list goes on. All of these offer must-binge boxsets at a similar-ish fixed monthly cost with no adverts to distract you as you race from episode to episode.

Amazon seemingly has a new plan to convince you to make the switch to its video on-demand subscription, known as Prime Video.

According to recent job listings posted by the US retail firm, Amazon wants to add more live television to its Prime Video service. Unfortunately, details are light in the job description, so it’s still unclear exactly what the new live TV could entail. However, the efforts appear to be in the early stages – so don’t expect a handful of new terrestrial-style channels to launch anytime soon.

One of the jobs currently being advertised on publicly-available listings from Amazon, the company says it wants to find someone who can “redefine how customers watch 24/7 linear broadcast TV content.” That’s a tall order.

Whoever fits the bill will be tasked with “designing the end-to-end customer experience for how customers discover and watch Linear TV content.” For those who don’t know, linear TV industry jargon for live television – the opposite of the tune-in anytime, anywhere video on-demand model that Amazon has used for its flagship Prime Video shows thus far, like Good Omens and The Marvelous Mrs. Maisel, for example.

According to the listing for the new position, the Prime Video team will be “building next generation linear catalog systems to provide best-in-class Linear TV experience to Prime Video customers.”

Of course, this isn’t the first time that Amazon has shown an interest in live television. The company has already offered NFL American Football “Thursday Night Football” matches on Prime Video for a number of years. And a new deal signed-off in April means that isn’t scheduled to stop anytime soon.

A little closer to home, Prime Video broadcast two full rounds of Premier League football back in December. The pilot was clearly a roaring success as Amazon has confirmed plans to stream another four Premier League fixtures from the remaining 2019/2020 season in the coming weeks.

That said, the wording in these job listings suggest Amazon wants to take things much, much further. Broadcasting live TV all hours of the day and night would really set it apart from the likes of Netflix, Shudder, BritBox and Apple TV+ and bringing it much closer to the likes of BBC iPlayer, ITV Hub+ and NOW TV, which all offer access to live channels.

Prime Video is included as part of the £79 a year Prime Membership, which includes next-day (and in some areas of the UK – two-hour) shipping on thousands of products, unlimited photo storage in the cloud, music streaming from a limited library on your phone or Alexa-enabled smart home gadget, and a few more perks. Amazon also offers Prime Video as a standalone £5.99 a month subscription.

As always, there is no guarantee that these job listings with result in a dramatically overhauled Prime Video service.