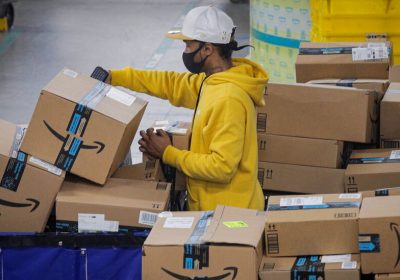 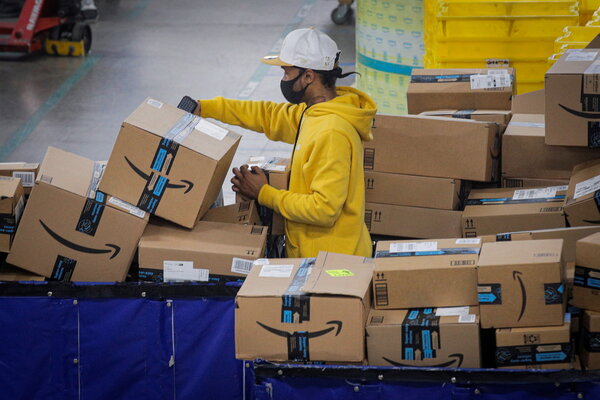 With the pandemic shifting sales online and consumers flush with stimulus checks, Amazon on Thursday reported $108.5 billion in sales in the first three months of the year, up 44 percent from a year earlier. It also posted $8.1 billion in profit, an increase of 220 percent from the same period last year.

The most profitable parts of Amazon’s retail business boomed. Revenue from merchants listing items on its website and using its warehouses was up 64 percent, to $23.7 billion. Its “other” business segment, which is largely its lucrative advertising business, increased 77 percent, to almost $7 billion.

Amazon previously disclosed that 200 million people pay for Prime memberships, and subscription revenue for that service and others reached almost $7.6 billion in the quarter. In addition to paying Amazon $119 a year or $12.99 a month for free shipping and other perks, households with Prime memberships typically spend $3,000 a year on Amazon, more than twice what households without the membership spend, according to Morgan Stanley.

The high volume of orders during the pandemic has let Amazon operate more efficiently. It has run its warehouses closer to full capacity, and delivery drivers have made more stops on their routes, with less time driving between customers. The number of items Amazon sold grew 44 percent, but the cost to fulfill those orders was up only 31 percent.

The pandemic’s shift to remote computing was also a boon to Amazon’s profitable cloud computing business, Amazon Web Services, which had $13.5 billion in sales.

“We certainly had strong volumes really across all of our businesses,” Amazon’s finance chief, Brian Olsavsky, said on a call with reporters. He said the company is investing heavily in future growth. It spent almost $50 billion in capital expenditures in the last 12 months, largely on building out its logistics operations and data centers, up 80 percent over a year earlier. Mr. Olsavsky said he expected “another strong year” for capital spending.

Amazon’s total work force dipped slightly between December and the end of March, falling by 27,000 to 1,271,000 employees globally. That was still 51 percent more workers than the same period last year. On Wednesday, Amazon announced it would increase pay for half a million workers and was hiring “tens of thousands” more.