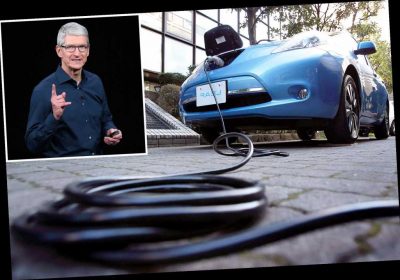 The best deals on Apple AirPods to shop in February 2021

Apple shares jump amid reports that electric car deal is near

Apple approached Nissan in recent months about working together to develop an autonomous electric car, a new report says.

But the discussions did not get far before they fell apart over a disagreement about branding, the Financial Times reported Sunday, citing unnamed people briefed on the matter.

Nissan is at least the second major automaker that Apple has reportedly considered recently as a partner for its secretive electric car project, which is known by the codename “Project Titan.”

Hyundai said last week that it was not in talks to develop an autonomous vehicle with Apple despite saying publicly a month earlier that such discussions were ongoing.

Nissan did not immediately comment on the report. But a spokeswoman confirmed to Reuters that the company was not in discussions with Apple.

“However, Nissan is always open to exploring collaborations and partnerships to accelerate industry transformation,” the spokeswoman told the news agency.

Apple did not immediately respond to an email seeking comment Monday.

Reports emerged in December that Apple was aiming to roll out a self-driving electric vehicle by 2024 after years of stops and starts. The Silicon Valley giant is expected to partner with another automaker to manufacture the car, but it remains uncertain who that partner might be.

Nissan’s Tokyo-listed stock dropped 2.8 percent Monday to 609.90 yen, or $5.79. Apple shares were not trading in the US on Monday because of the Presidents Day holiday.