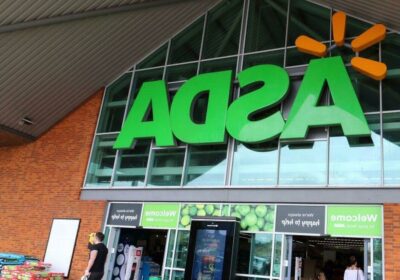 With Black Friday just one week away, many of the UK's top shops have already started offering some great sales bargains.

The supermarket giant ASDA is no different, and has just released a slew of great price reductions on a range of tech products spanning games consoles, smart homes, and vacuum cleaners.

We've selected three of the best Black Friday tech bargains you can pick up from ASDA right now on Amazon Fire sticks, Google Chromecast, and even a budget Nintendo Switch controller to keep you in the game.

Not all of ASDA's offers have gone live just yet, so make sure you keep going back to their website over the next week to get the latest deals.

If you've had a Nintendo Switch for any amount of time, you're likely no stranger to the dreaded 'Joy-Con drift'.

This fundamental design flaw has plagued the Switch ever since its release, and while Nintendo has begun offering free replacements for faulty controllers, even new controllers don't cut the mustard.

To avoid the dreaded drift, many people turn to wired external controllers, but Nintendo's own brand of 'Pro' controllers can be prohibitively expensive at an RRP of £49.99.

ASDA is doing an amazing bargain on a Mario-themed wired Switch controller that you can nab for just £12. Check it out here

Voice-controlled smart home with Google Chromecast: £19 (down from £30) For Android users or anyone that owns a Google Home smart speaker, you can also nab a Google Chromecast dongle from ASDA for under £20.

Like the Amazon Fire stick, it plugs straight into your TV and gives you a range of smart TV app options. However, it integrates better with Google smart speakers or other smart home appliances.

Crucially, it includes Google's nifty 'Chromecast' feature, which lets you zap videos on Youtube or elsewhere from your smartphone to your TV. View the deal here

If you've wanted a smart TV for a while but it's a bit out of your budget, now's your chance to get streaming. ASDA is selling the Amazon Fire TV stick for just £17 in its early Black Friday sale.

It plugs into almost any TV and turns it into a smart TV by letting you install all your favourite streaming apps, including Prime Video, Netflix, HBO, and Disney+. You just need to make sure you have a working WiFi connection as well as a USB port on the back of your TV.

It comes with a Bluetooth-powered remote that you can activate and control with your voice using Alexa, so even if you lose it down the back of the sofa, you'll be able to change the channel.

The Amazon Fire stick deal isn't live just yet, so make sure to keep revisiting the ASDA website.