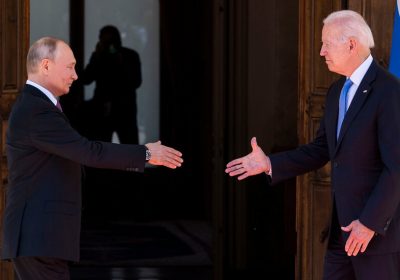 The breach of a Republican National Committee contractor, also linked to Russia, and the global ransomware attack occurred weeks after a U.S.-Russian summit. 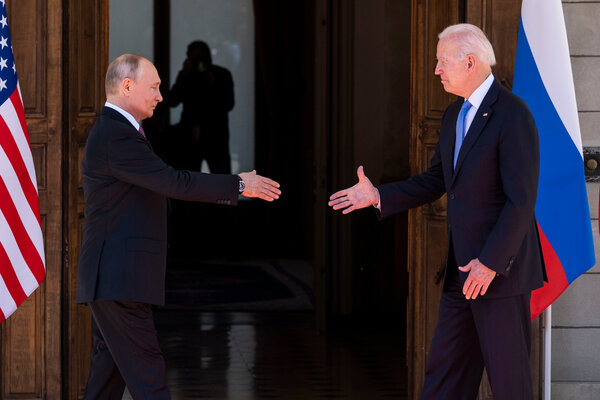 Russian hackers are accused of breaching a contractor for the Republican National Committee last week, around the same time that Russian cybercriminals launched the single largest global ransomware attack on record, incidents that are testing the red lines set by President Biden during his high-stakes summit with President Vladimir V. Putin of Russia last month.

The R.N.C. said in a statement on Tuesday that one of its technology providers, Synnex, had been hacked. While the extent of the attempted breach remained unclear, the committee said none of its data had been accessed.

Early indications were that the culprit was Russia’s S.V.R. intelligence agency, according to investigators in the case. The S.V.R. is the group that initially hacked the Democratic National Committee six years ago and more recently conducted the SolarWinds attack that penetrated more than a half-dozen government agencies and many of the largest U.S. corporations.

The R.N.C. attack was the second of apparent Russian origin to become public in the last few days, and it was unclear late Tuesday whether the two were related. On Sunday, a Russian-based cybercriminal organization known as REvil claimed responsibility for a cyberattack over the long holiday weekend that has spread to 800 to 1,500 businesses around the world. It was one of the largest attacks in history in which hackers shut down systems until a ransom is paid, security researchers said.

The twin attacks are a test for Mr. Biden just three weeks after he, in his first meeting as president with Mr. Putin, demanded that the Russian leader rein in ransomware activities against the United States. At the meeting, Mr. Biden said later, he presented Mr. Putin with a list of 16 critical sectors of the American economy that, if attacked, would provoke a response — though he was cagey about what that response would be.

“If, in fact, they violate these basic norms, we will respond with cyber,’’ Mr. Biden said at a news conference immediately after the meeting. “He knows.” But he quickly added of Mr. Putin that “I think that the last thing he wants now is a Cold War.”

White House officials were preparing to meet on Wednesday to discuss the latest ransomware attack, which used the innovative technique of getting into the supply chain of software used by governments, federal agencies and other organizations — a tactic that the S.V.R. deployed in SolarWinds last year.