Black Friday Playstation sale launches with Cyberpunk 2077 for under £20 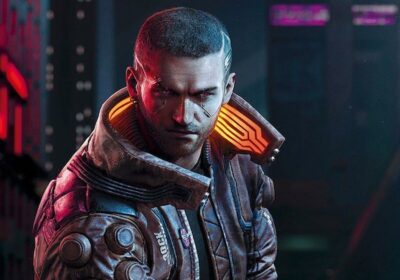 If you've been putting off buying Playstation games until the Black Friday sale, now's your chance: the PSN store has launched hundreds of discounts on major AAA games, including an amazing 50 percent off Cyberpunk 2077.

The blockbuster open world sci fi RPG starring Keanu Reeves is available for just £19.99 on the PSN store. The game was released less than a year ago with a whopping price tag of around £60, but its launch was plagued with bugs and glitches.

Developer ProjektRED has been improving the game since, and it now might finally be your chance to grab it on the cheap.

The Playstation store Black Friday sale has hundreds of other great bargains that you can finally pick up for PS4 and PS5, including:

Many of this year's Black Friday sale games are some of Playstation's most highly-rated AAA titles, and they don't usually come cheap. To view all of the Playstation store Black Friday offers, click here.

Lots of them also include a PS4 and a PS5 edition, so if you're thinking of making the upgrade to Sony's next-gen console soon, they'll be a good investment.

The next week may be your best opportunity yet to pick up a Playstation 5 console.

Sony reportedly commandeered two aeroplanes and flew them to the UK full of PS5 consoles last month, while shops like Argos are reporting massive restocks in the coming days.

The Playstation 5 has been in incredibly high demand due to shipping issues and a worldwide chip shortage.