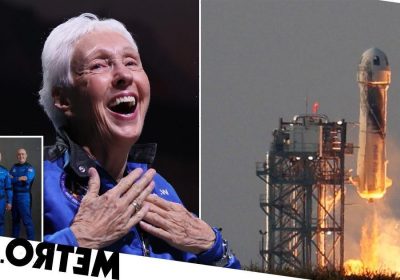 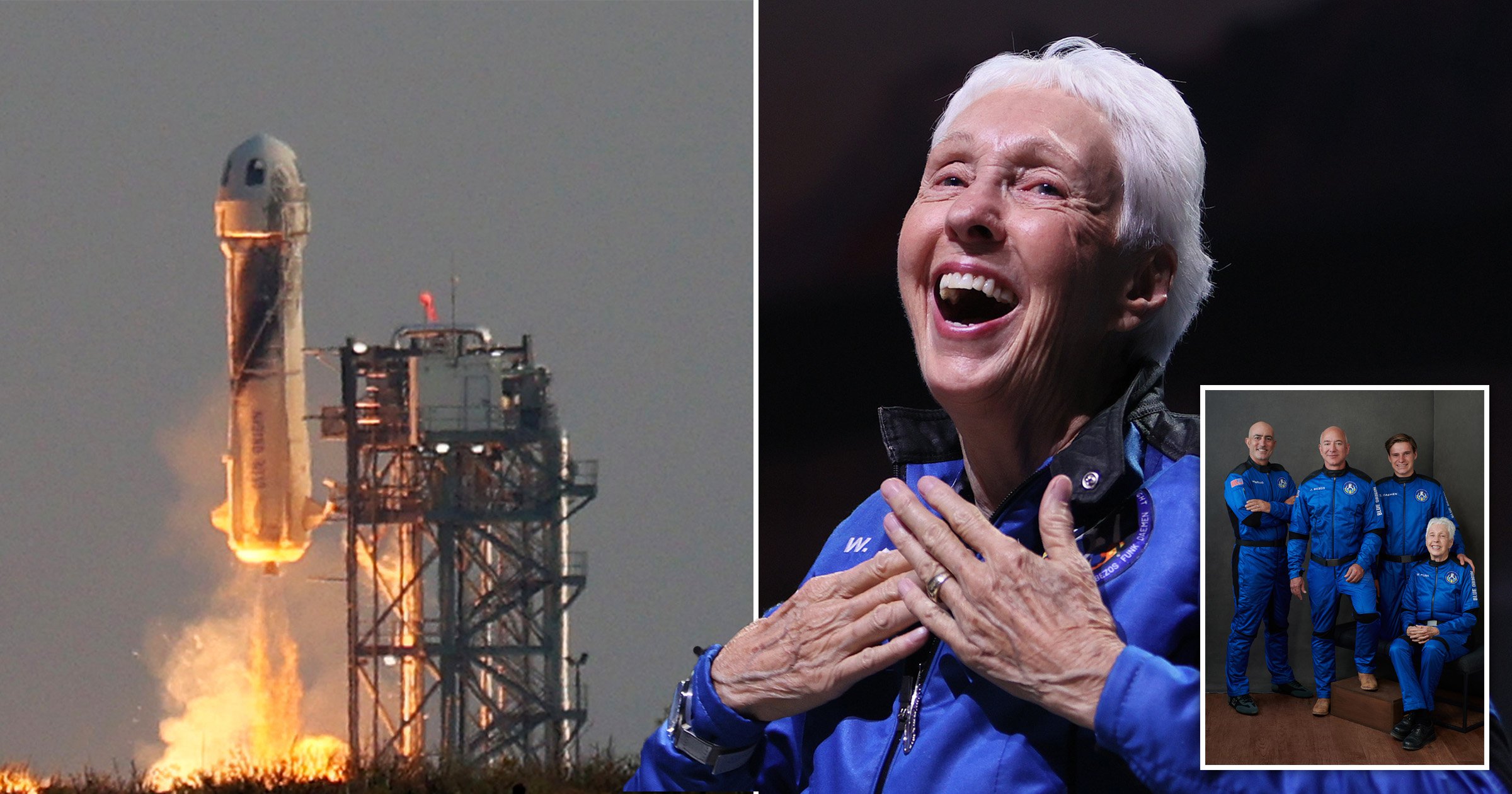 The Blue Origin flight, which has been mocked on Twitter for only just escaping the Earth’s atmosphere, was Bezos’ company’s first human flight.

Alongside Funk on Bezos’ $5.5 billion rocket was his younger brother Mark, 53, and teenager Oliver Daemen.

Bezos described the crewed flight, which launched on Tuesday, as ‘the best day ever’, but his crewmate Funk had some qualms.

In a post flight interview with Fox, she said she was disappointed not to see the curvature of the Earth while aboard the Blue Origin flight.

Funk, who spent six decades attempting to reach space as a a trained astronaut, said: ‘We went right on up and I saw darkness. I thought I was going to see the world, but we weren’t quite high enough.’

The octogenarian astronaut also said she would have loved to have spent longer in zero gravity to ‘do a lot more rolls and twists and so forth.’

‘I loved every minute of it,’ she said. ‘I just wish it had been longer.’

Footage from the Blue Origin flight showed the four passengers amid a backdrop of the Earth’s atmosphere and black space, and a slight curve in the horizon.

The blistering 11-minute journey to space, orchestrated by Bezos, the world’s richest man, flew to 350,000ft (106km) on the 52nd anniversary of the Apollo 11 moon landing.

He was seen hugging his parents Jackie and Mike as he exited the cabin.

The rocket travelled more than 10 miles (16km) higher than Sir Richard Branson’s flight to space last week with Virgin Galactic. Yet, for Funk, the height wasn’t quite enough.

It’s not the first criticism that Bezos has received for his Blue Origin flight.

After the flight, in a clip that went viral, Bezos thanked Amazon customers for their service.

‘I want to thank every Amazon employee, and every Amazon customer, because you guys paid for all this,’ he said to the post-flight crowd.

‘Thank you from the bottom of my heart very much. It’s very appreciated.’

But many observers were unimpressed, arguing that the wealth that Bezos has amassed shouldn’t have been possible.

Blue Origin has also floated the idea of regular space tourism flights, like Branson’s company, which a Bezos-led test flight could help sell.