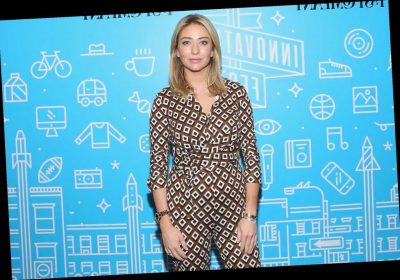 Bumble will ban users for being ‘fat-phobic’ or ‘transphobic’

Bumble’s stock price surged 63 percent to $70.31 on the firm’s market debut Thursday, making it the latest tech darling to soar on its first day of trading.

Wolfe Herd, who founded Bumble in 2014, owns about 21.5 million shares in the company that were worth more than $1.5 billion at Thursday’s closing price.

The value of her roughly 12 percent stake made Wolfe Herd, 31, the world’s youngest self-made woman billionaire, according to Forbes. Her fortune could grow further on Friday — Bumble shares rose about 4.7 percent to $73.60 in premarket trading as of 8:56 a.m.

Bumble — whose largest shareholder is the private-equity firm Blackstone — closed its first trading day well above the $43-a-share price it had set for the $2.2 billion IPO.

The Austin-based company is the latest in a string of big-name tech firms to capitalize on a hot IPO market. Vacation-rental giant Airbnb saw its stock price more than double in its December debut after DoorDash shares jumped as much as 92 percent on their first day of trading.

Wolfe Herd started Bumble after parting ways with Tinder, which she co-founded and eventually sued for sexual harassment. Tinder denied any wrongdoing and the case was later settled, according to Forbes.

Like Tinder, Bumble is free to use but makes money through premium subscriptions and in-app purchases. The app’s defining feature is that only women can initiate chats with male mates. (If you’re looking for a same-sex match, either person can reach out first.)

Bumble’s market value of $7.7 billion makes it far smaller than Tinder owner Match Group, which is worth about $46 billion.