LOS ANGELES/NEW YORK (Reuters) – A California appeals court ruling on Thursday avoided a shutdown of ride-hailing services Uber and Lyft in the state, effectively handing a decision over gig worker benefits and pay to voters in a November ballot measure.

The last-minute ruling, in a case with potential ripple effects across the global gig economy, means drivers can continue working as independent contractors while the appeals court considers the question of driver status.

The companies had threatened an imminent shutdown as early as midnight across California. They said they would be unable to comply with the state’s new law, which considers their drivers employees and not contractors, entitled to benefits such as minimum wage, overtime, sick pay and unemployment insurance.

The court, which has scheduled arguments in the case for Oct. 13, is unlikely to issue a final ruling before a Nov. 3 ballot measure puts the decision in the hands of California voters.

“It’s unfortunate that the companies continue to not follow the law,” said Mekela Edwards, an Uber driver from Oakland who said he was campaigning against the ballot measure.

Uber and Lyft drivers, some supporting the ballot measure and others opposing it, staged a noisy rally outside Los Angeles International Airport on Thursday, ahead of the appeals court decision.

“If people want to be employed, they can look for a different job,” said Ramon, a driver supporting the measure known as Proposition 22 who declined to give his full name.

Lyft, Uber, DoorDash, Instacart and Postmates are spending more than $110 million to support the ballot measure. It would enshrine drivers’ current contractor status, albeit with some added benefits, and overwrite the state’s gig worker law.

The threat to suspend service in the most populous U.S. state marked an unprecedented escalation in a long-running fight between regulators, labor groups and gig economy companies that have upended traditional employment models around the world. 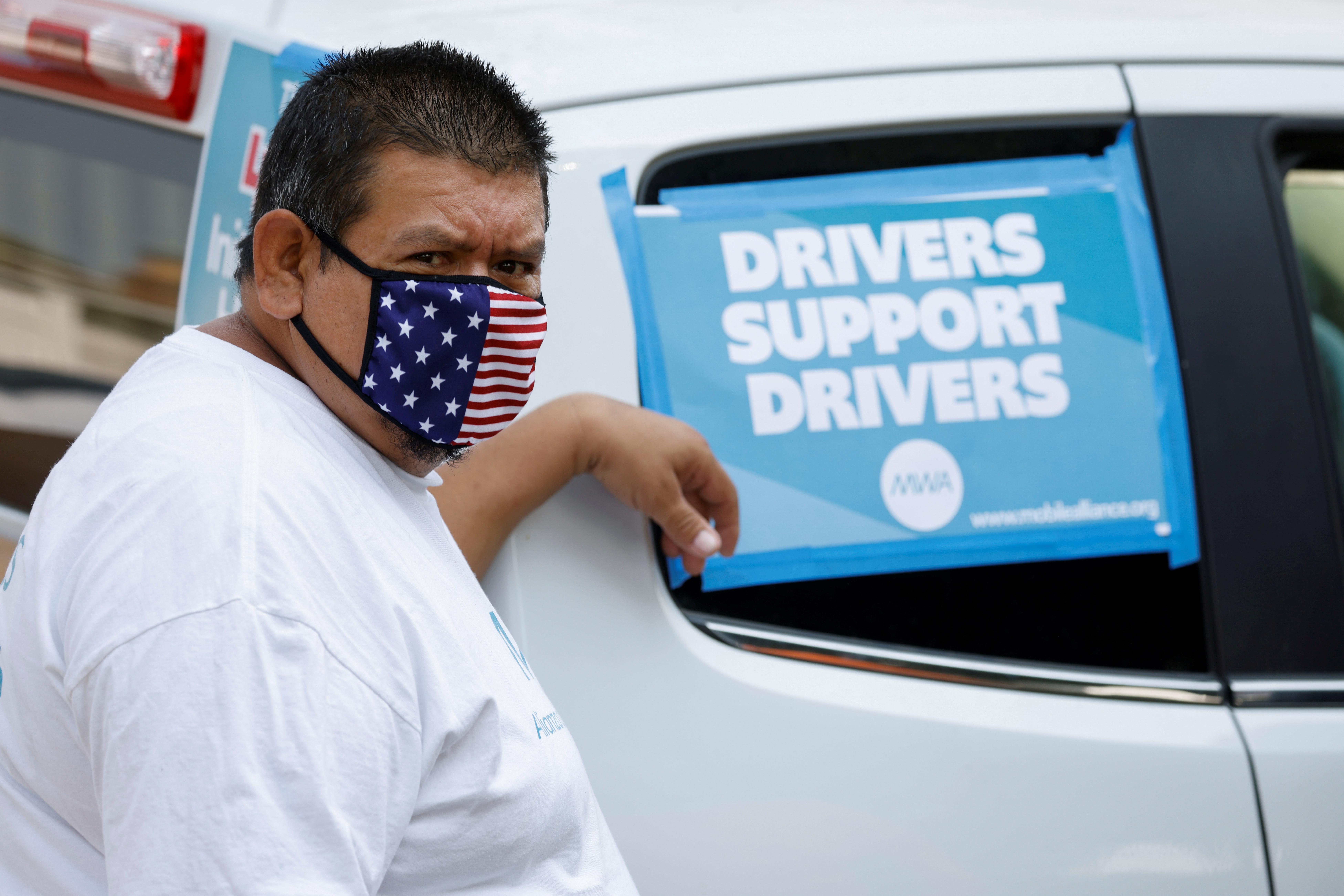 Uber and Lyft both welcomed the court’s emergency stay order in separate statements, saying they were pleased to be able to continue their California operations.

An Aug. 9 poll among Californians by Refield & Wilton showed 41% of voters planned to support the companies’ proposal and 26% oppose it, with the remainder still undecided.

Despite Thursday’s reprieve, the office of California Attorney General Xavier Becerra said it remained confident in its case and would continue its fight to defend the rights of workers.

“California is America’s economic engine because innovation and worker rights go hand in hand. Any company that suggests otherwise is peddling a false choice,” Becerra said.

The companies had sought the intervention of the California First District Court of Appeal in San Francisco to block an injunction order issued by a judge last week. That ruling forced the companies to treat their drivers as employees starting Thursday after midnight.

Uber and Lyft say the vast majority of their drivers do not want to be employees, with some 80% working less than 20 hours per week. The companies say their flexible on-demand business model is not compatible with traditional employment law and advocate for what they call a “third way” between employment and contractor status. 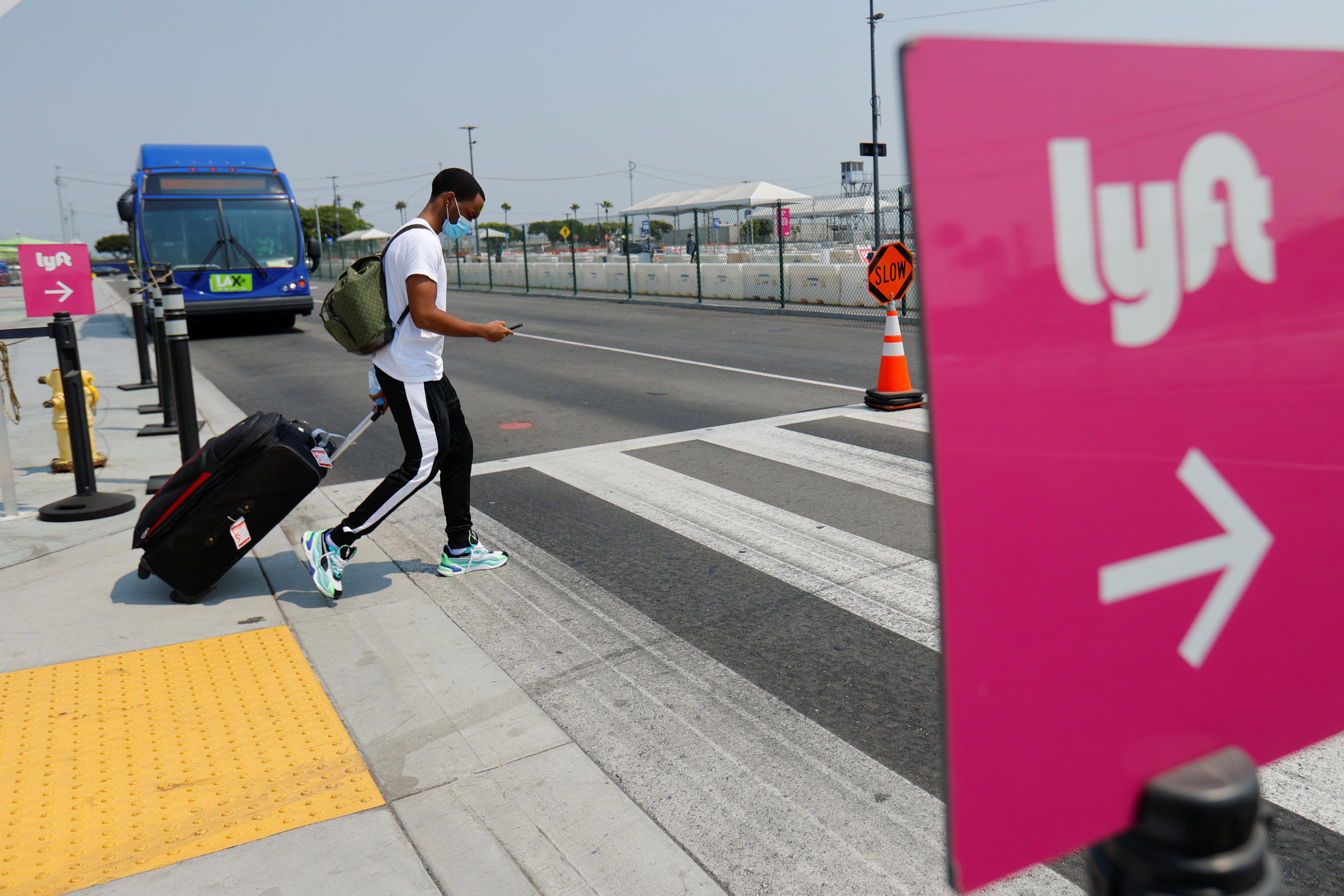 Under the “third way” proposal outlined in the ballot measure, drivers would receive a health care stipend, a minimum wage, expense reimbursements as well as medical and disability coverage for injuries on the job.

Labor groups reject the companies’ claims that current employment laws are not compatible with flexible work schedules and argue the companies should play by the same rules as other businesses. They say the companies’ ballot measure would create a new underclass of workers with fewer rights and protections.

The regulatory and legal fight comes at a time when demand for rides has plummeted amid the coronavirus pandemic, with California among the U.S. states with the slowest recovery, according to the companies. Uber’s revenue-generating food delivery business Eats is not impacted by the shutdown, the company has said.

California represents 9% of Uber’s global rides and Eats gross bookings, but a negligible amount of adjusted earnings, Uber said in November. Lyft, which only operates in the U.S. and does not have a food delivery business, last week said California makes up some 16% of total rides.