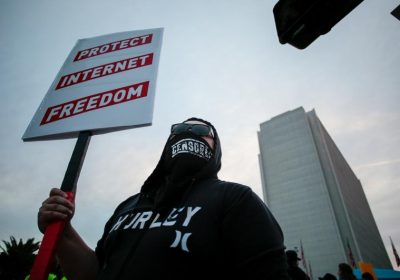 U.S. Judge John Mendez for the Eastern District of California said in an oral ruling he would not block the law from taking effect as four telecom and broadband industry groups sought, his office confirmed. California’s 2018 law barred internet service providers from blocking or throttling traffic, or offering paid fast lanes.

California Attorney General Xavier Becerra applauded the decision. “The ability of an internet service provider to block, slow down or speed up content based on a user’s ability to pay for service degrades the very idea of a competitive marketplace and the open transfer of information at the core of our increasingly digital and connected world,” he said.

The four industry groups that sued said in a joint statement they would decide on next steps. “A state-by-state approach to Internet regulation will confuse consumers and deter network investment, just as the importance of broadband for all has never been more apparent,” the groups said.

The Federal Communications Commission (FCC) under former President Barack Obama, a Democrat, adopted net neutrality rules in 2015. These were overturned in 2017 by the FCC under President Donald Trump, a Republican. California’s legislature responded by adopting a state law requiring net neutrality in August 2018.

Supporters of net neutrality argue that the protections ensure a free and open internet. Broadband and telecoms trade groups contend their legal basis from the pre-internet era was outdated and that they would discourage investment.

California had agreed not to enforce the law while legal proceedings were ongoing.