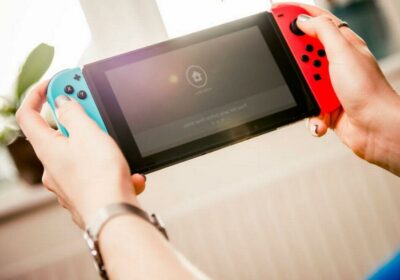 The Nintendo Switch is by far the most popular Black Friday buy this year, in part thanks to the release of the high-end OLED model in September.

While the likes of Amazon and Curry's have great offers on Nintendo Switch bundles this Black Friday, you could make a big saving by buying the console on its own.

If that's the case, then it's your lucky day: UK supermarket Morrison's has just announced a great deal on the standard Switch which knocks almost twenty percent off the recommended retail price.

Nintendo's standard Switch console retails at around £279.99 and is a hit with kids and adults alike thanks to a range of exciting, colourful games, as well as the ability to use the console with a TV or on the go.

However, Morrison's has revealed it will be selling the console for £230 in the lead-up to Black Friday, making it cheaper than either Amazon or Curry's (where it is on sale for £259.99).

It doesn't come with extra Joy-Cons or a bundled game however. If you're after a Nintendo Switch bundle, the UK Nintendo store is doing some good deals direct to customers, including £259.99 for a Switch bundled with Mario Kart and three months of Switch Online, Nintendo's multiplayer subscription service.

There are a range of Nintendo Switch consoles now available. The Switch Lite is the cheapest model, and comes in a range of bright colours for around £170. However, you can't use it with a TV as it only works in portable mode.

The flagship OLED model meanwhile comes in at around £350, but boasts a bigger and brighter screen.

Morrison's will only be offering the standard original Switch.

However, the supermarket will be doing an amazing 50 percent off a full English breakfast this week, so if you're visiting one of their superstores for a cheap Switch on sale, you'll be able to get some reasonably priced grub as well.