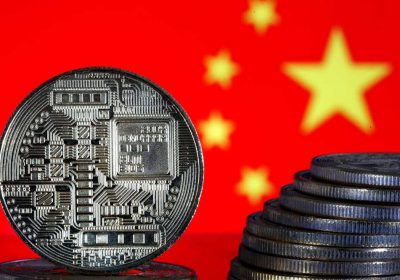 El Salvador’s bitcoin push: What does it mean for cryptocurrency?

This is the first country to adopt bitcoin as legal tender

China’s crackdown on cryptocurrencies is heating up with a series of arrests that suggest digital currency users can be traced.

More than 1,100 people who allegedly used cryptocurrencies to launder profits from frauds were arrested Wednesday, the country’s Ministry of Public Security said in a statement.

The busts involved 170 criminal groups who authorities say hired “coin farmers” to open crypto accounts after bank accounts they used for their alleged scams had been seized.

“The high illegal income attracts a large number of people to participate, causing serious social harm,” the ministry said of the alleged plots.

The arrests may cast further doubt on the supposed un-traceability of cryptocurrencies. On Tuesday, the price of bitcoin fell almost 12 percent after it was revealed that US authorities were able to reclaim most of a bitcoin ransom that Colonial Pipeline paid to hacker group DarkSide in May.

“Criminals have been using bitcoin because of the supposed inability of governments to get at it,” Anthony Denier, CEO of trading platform Webull, told the Post on Tuesday. “If governments can claw it back, that hurts its appeal.”

Wednesday’s arrests are part of a broader Chinese crackdown on crypto. They come less than a month after the government called for greater regulation of digital currencies.

A committee presided over by a member of China’s Politburo wrote in May that it is necessary to “crack down on bitcoin mining and trading behavior, and resolutely prevent the transmission of individual risks to the social field.”

Worries about bitcoin’s traceability and the looming threat of government regulations have sent the cryptocurrency plummeting from its peak of more than $63,000 in April. Bitcoin was trading at about $37,600 Thursday morning.

Additional reporting by Will Feuer