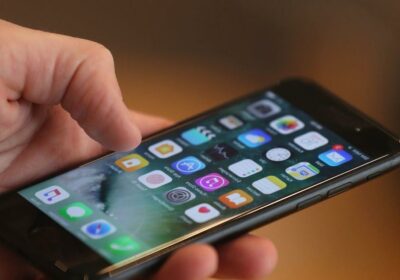 There's one major mistake everyone is making when it comes to using their iPhones.

Force-quitting apps by swiping them shut seems like it should speed up your iPhone.

After all, if less apps are running, there should be more resources for the phone to use—or so it might seem.

However, this is actually a myth, as closing apps all the time can drain your iPhone battery quickly and even slow down the device's performance entirely.

If you want your iPhone to run faster, it's best to keep your apps open in the app switcher menu. Doing so will help your battery last longer and your phone run more smoothly. Here's why.

The iPhone is actually designed to 'freeze' apps when they're not in use, meaning that they take up very little resources or memory on the device when you're not actively tapping on them.

Conversely, closing and reopening an app can actually take up more resources than leaving it on in the background.

"iOS is really, really good at this. It is so good at this that unfreezing a frozen app takes up way less CPU (and energy) than relaunching an app that had been force quit."

"Not only does force quitting your apps not help, it actually hurts."

On its site, the tech giant explains: "When your recently used apps appear, the apps aren't open, but they're in standby mode to help you navigate and multitask.

"You should force an app to close only if it's unresponsive."

Millions of iPhones are due for a major free upgrade later this year with the release of iOS 16.

Set for an Autumn launch, it will enable iPhone users to transform the look and feel of their lock screens using custom widgets, fonts, wallpapers and more.

The update will also give you the option to edit and unsend texts in iMessage, giving it similar functionality to WhatsApp for the first time.