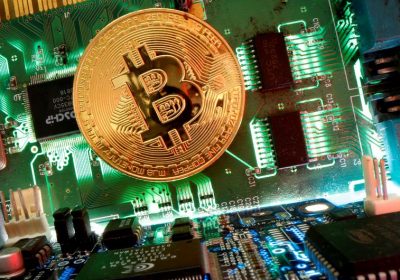 The regulator also fined the company for so-called “wash trades” by a former Coinbase employee on GDAX, it said in a statement.

Between January 2015 and September 2018, two Coinbase-operated trading programs matched orders with one another, resulting in transactions between accounts owned by Coinbase.

GDAX disclosed that Coinbase was trading on GDAX, but failed to disclose it was operating more than one trading program and through multiple accounts, the CFTC said.

Coinbase subsequently included the information for these transactions on its website and provided that information to reporting services and exchanges, either directly or through access to its website.

“Transactional information of this type is used by market participants for price discovery … and potentially resulted in a perceived volume and level of liquidity of digital assets, including Bitcoin, that was false, misleading, or inaccurate,” the CFTC said.

A Coinbase representative did not immediately respond to a request for comment.

The CFTC also said on Friday that over a six-week period in 2016, a former Coinbase employee placed matching buy and sell orders in the Litecoin/Bitcoin pairs on GDAX, known as “wash trading.” This created the misleading appearance of liquidity and trading interest in Litecoin, the CFTC said.

The revelation that Coinbase’s self-dealing might have given a misleading impression of its volumes comes ahead of a planned stock market listing for the world’s largest cryptocurrency exchange this year. On Wednesday, the company said recent private market transactions had valued it at around $68 billion.

The eye-popping valuation underscores how the perceived value of Coinbase has rallied in lock-step with the surge in the price of bitcoin.