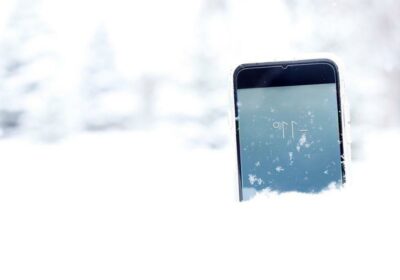 With temperatures already plummeting as we enter the weekend, millions of Brits are wondering how they're going to keep their houses warm over the next few days.

And as if extortionate heating bills and draughty houses weren't enough of a headache, you might have smartphone problems to contend with as well.

That's because extremely cold temperatures can cause a smartphone battery to malfunction, meaning your phone could shut off randomly or, worse, not turn on at all.

READ NEXT: Map shows location where nine of inches of snow will land as -10C temperatures hit UK

It can be an absolute nightmare particularly if you're trying to find your way home on public transport to get out of the cold.

iPhone users in particular struggle with the problem, to the point where Apple has a dedicated support page for the issue.

"Low- or high-temperature conditions might cause the device to change its behaviour to regulate its temperature," the tech firm says on their site.

They add: "Using an iOS device in very cold conditions outside of its operating range might temporarily shorten battery life" and that it "could cause the device to turn off".

The reason this happens is because smartphones use lithium-ion batteries which contain a liquid that crystallises in extreme temperatures.

This stops electricity from flowing through the device, temporarily damaging the battery life.

Once the device warms up a bit, it should return to normal.

The issue tends to occur any time the temperature drops below zero.

You could put it inside a thick case or a sock to help maintain a fully functioning battery.

Several areas of the UK are set to be hit with at least nine inches of snow today (January 19th) according to Met Office estimates.