Home » Technology » 'Crucial time' for cloud gaming, which wants to change how you play

'Crucial time' for cloud gaming, which wants to change how you play 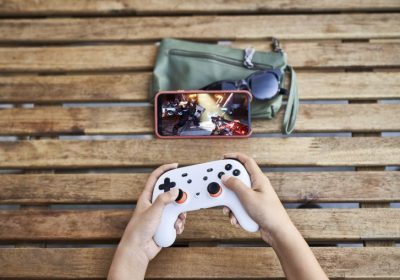 They might traverse the futuristic world of the sci-fi shooter game Halo on their mobile phones while riding the subway, or dust off old MacBook computers and hop straight into the jungle of the battle arena game League of Legends.

That is the rosy future promised by cloud gaming, a nascent technology that could reshape how people play games. And depending on whom you ask, that future might have arrived already.

Last Thursday (July 1), Facebook announced that it had expanded the reach of its cloud gaming platform, which was released last fall, to cover 98 per cent of the mainland United States.

It has been a busy period for the small but growing cloud gaming industry, which is expected to surpass US$1 billion (S$1.35 billion) in revenue and 23 million paying customers by the end of this year, according to Newzoo, a gaming analytics firm. Revenue is projected to grow to more than US$5 billion by 2023 as the technology improves.

“After years of development, now is a crucial time for cloud gaming to gain mainstream prominence,” said Mr Rupantar Guha, a gaming analyst at the analytics company GlobalData.

Cloud gaming, at its core, is the ability to separate the technical power required to play a video game from the device it is being played on. That is accomplished by using remote data centres, which harness a company’s processing power and stream a game directly to a user’s device.

That means games will no longer be tied to specific platforms or devices, so Halo could be played not only on an Xbox console but on a mobile phone or streamed directly to a television. Someone could use the power of the cloud to play a high-quality, graphics-intensive game on an older or weaker device.

That could lead people to spend less time and money on expensive video game consoles from Microsoft, Sony and Nintendo, and to turn away from pricey gaming computers. They could theoretically play new games instantaneously on any device anywhere.

It sounds great in theory. But cloud gaming, which is still in an experimental phase, is sometimes bogged down by glitches that frustrate users. And it requires a strong local internet connection.

Cloud gaming could also shake up the supremacy that Sony, Microsoft and other hardware manufacturers have enjoyed in video games. Instead, tech giants like Google and Amazon are barrelling in and “see this as a breakthrough opportunity to get into the global games market,” said Mr Guilherme Fernandes, Newzoo’s cloud gaming expert.

The road has not been smooth.

“Big Tech has a sense of arrogance that they can take over an industry segment and disrupt it entirely,” said New York University professor Joost van Dreunen, who studies the business of video games. “So far in gaming, they all suck at that.”

Google was the first big tech company off the mark in cloud gaming, releasing its Stadia subscription service in November 2019. For US$10 a month, subscribers could play the initial library of 22 games on their phones, Google Chrome Web browsers or televisions, with a controller. People who chose free access to Stadia could buy games individually.

The service was immediately criticised for poor performance and a scarcity of games. Mr Jack Buser, Stadia’s director of games, said the service had stabilised over time and now had more than 180 titles.

“There hadn’t been a new major entrant in the gaming space in 20 years,” Mr Buser said. “It does give us an advantage to do something different in this industry and push it forward in a way that consoles can’t.”

Stadia has since gone through other ups and downs. While the blockbuster game Cyberpunk 2077, released in December, turned into a buggy mess on many older consoles, users reported smooth sailing on Stadia. But in February, Google announced that it would stop designing its own exclusive games for Stadia, and the service’s top games developer Jade Raymond left the company.

Amazon also unveiled a cloud service, Luna, in September. It is so far available only to invitees, who pay US$6 a month to play the 85 games on the platform. The games can be streamed from the cloud to phones, computers and Amazon’s Fire TV.

Like Google, Amazon has struggled to assemble a vast library of appealing games, though it does offer games from the French publisher Ubisoft for an added fee. Amazon has also had trouble developing its own games, which Prof van Dreunen said showed that the creative artistry necessary to make enticing games was at odds with the more corporate style of the tech giants.

“They may have an interesting technological solution, but it totally lacks personality,” he said.

Amazon said it remained dedicated to game development: It opened a game studio in Montreal in March and, after a long delay, is releasing a game called New World this summer.

Even console makers have jumped into cloud gaming. Microsoft, which makes the Xbox console, released a cloud offering, xCloud or Xbox Cloud Gaming, last fall. For a US$15 monthly subscription, users can play more than 200 games on various devices.

Sony also has a cloud gaming service, PlayStation Now, where games can be streamed to PlayStation consoles and computers.

Mr Satya Nadella, Microsoft’s chief executive, said in an interview last month that he did not think it was possible to be a gaming company “with any level of big ambition” without cloud gaming. Sony declined to comment.

Other companies have waded in, too. Nvidia, the chip maker that produces gaming hardware, has a US$10-a-month cloud program, GeForce Now.

Mr Phil Eisler, a Nvidia vice-president who leads GeForce Now, said the service was still not as fast as a powerful gaming computer.

“We think it’s the way of the future,” he said. But “we don’t know exactly when the future’s going to come in terms of everybody’s going to switch over”.

Facebook has also dabbled. Unlike other companies, it has eschewed a subscription service and focused on making games load instantly within the Facebook app and website. That way, people may spend more time on the social media platform.

Facebook also used cloud technology to test a twist on video gaming: From December to March, it hosted a type of interactive reality television game, Rival Peak, where millions of viewers could vote on how characters should act and interact.

Mr Vivek Sharma, the vice-president of Facebook Gaming, said cloud gaming made it easier for people to immediately jump into games with their Facebook friends.

“The whole point of cloud is, ‘Dude, let’s chill out, now!'” Mr Sharma said. “If things are easy and simple and fast, people will do it.”

Many of the cloud programs have not been as easily available because Apple has essentially barred them from its App Store. Apple, which prohibits apps that offer a library of games, declined to comment.

Mr Elijah Dolosa, a professional video game player for the e-sports organisation XSET, has tried Nvidia’s GeForce Now service and said he was “excited and optimistic” about cloud gaming.

Other gamers were more cautious. Mr Patrick Riley of Cincinnati, who has used Stadia, xCloud and Luna, said technical glitches would keep many people from embracing cloud gaming for several more years.

“I have not had any luck finding any of the services playable at this moment,” he said.