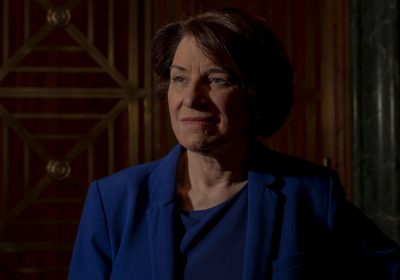 WASHINGTON — The last time Senator Amy Klobuchar, the Minnesota Democrat, sat in the majority, her party was fawning over Silicon Valley. Lawmakers praised the ingenuity of Facebook and Amazon, while President Barack Obama and regulators fought alongside Google and Twitter to protect the growth of internet businesses.

Now, many of those same politicians are gearing up to tame those companies. And Ms. Klobuchar, who leads the Senate panel overseeing antitrust, is expected to play a leading role.

Many Democrats, as well as some Republicans, want to take on Big Tech with laws and regulations to address issues like market power, data privacy, and disinformation and hate speech. Those ambitions have only grown since the insurrection of Capitol Hill, with more members of Congress pointing to the power of the tech companies as the root cause of many problems.

The growing talk of new federal laws adds to the industry’s many headaches. Facebook and Google are fighting federal and state regulators in court over allegations of anticompetitive conduct. Regulators continue to investigate Amazon and Apple over antitrust violations. President Biden and his nominees for attorney general and commerce secretary have also promised to hold tech companies to account for the speech they host and to strengthen policing of competition violations.

“We have a major monopoly and competition problem,” Ms. Klobuchar said. “People have just finally had it.”

Ms. Klobuchar has made her critiques of the industry, and existing antitrust law, well known. Last year, during her failed run for president, she promised to get tough on the biggest tech companies. She is expected to release a book this spring that presents a case against corporate concentration — from the industrial-age trusts to Silicon Valley.

In coming weeks, she plans to introduce a bill aimed at limiting corporate monopoly power across the economy, with a particular eye on tech. The legislation would erect new hurdles for giant corporations trying to gobble up smaller competitors, preventing a repeat of deals like Facebook’s acquisition of Instagram in 2012. The federal and state lawsuits against Facebook argue that the deal, which regulators did not object to at the time, eliminated competition that could have one day challenged the company’s dominance.

The bill would also include roadblocks for acquisitions of “maverick” companies that present better offerings for consumers, in the way T-Mobile did before its merger with Sprint. And it would pump more money into the antitrust agencies.

The ideas mirror many recommendations introduced last October in a House judiciary report led by Representative David Cicilline, a Rhode Island Democrat. But her bill won’t include provisions to unwind past mergers and other structural reforms, as his report had recommended.

Her bill, as well as other laws proposed to limit the power of the tech companies, will face steep opposition. In 2020, tech companies again spent more than other industries in Washington. Facebook, with lawsuits from federal and state enforcement officials, spent almost $20 million on lobbying, up 18 percent from the previous year. Amazon spent about $18 million in lobbying, up about 11 percent from the prior year.

Internet start-ups are also wary of regulations that could stymie their exit strategies to merge with larger companies as well as changes to rules that could hold them liable for the content they host. And agriculture, pharmaceutical and other industries will also probably balk at changes in antitrust laws.

But Democrats are also facing pressure from the left. Progressive groups, and some liberal lawmakers, want to dismantle the biggest companies. In a sign of the battles to come, those groups have raised concerns in recent weeks about some potential nominees for top antitrust agency roles who they say won’t be aggressive enough against the industry.

“We’d hope to see the antitrust subcommittee in the Senate collaborate with the House subcommittee to enact the full suite of recommendations in the digital markets report into law,” said Sarah Miller, executive director of the American Economic Liberties Project, a left-leaning nonprofit advocacy group focused on fighting corporate power. “We won’t be shy about pushing for bolder approaches when the need arises.”

From Riot to Impeachment

The riot inside the U.S. Capitol on Wednesday, Jan. 6, followed a rally at which President Trump made an inflammatory speech to his supporters, questioning the results of the election. Here’s a look at what happened and the ongoing fallout: