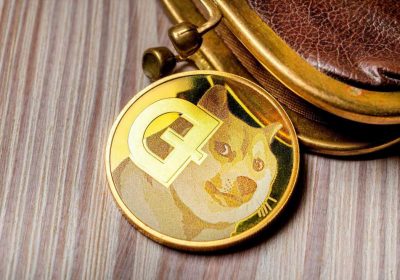 What is Dogecoin? What you need to know about the cryptocurrency

Coinbase crashes for some users as cryptos plummet

In a ‘bit’ of trouble: Crypto market takes a staggering dive

Dogecoin prices skyrocketed on Wednesday after crypto-trading giant Coinbase said it would start allowing users to trade the joke cryptocurrency on its platform.

The dog-themed coin surged 34 percent to 43 cents in late-morning trades after Coinbase announced the change in a blog post, according to Coindesk data. Coinbase users were allowed to start transferring Dogecoin to their accounts starting Tuesday, and can trade the cryptocurrency starting around 12 p.m. Thursday.

Dogecoin — whose mascot is a cute, furry Shiba Inu dog — will trade against the US dollar, Euro and British pound, as well as cryptocurrencies Bitcoin and Tether.

The joke coin’s recent surge also came after a Dogecoin-related meme was posted on Twitter by Tesla CEO Elon Musk at around 3 a.m. on Wednesday.

While Dogecoin currently boasts a market capitalization of more than $54 billion, the cryptocurrency was created in 2013 as a way to make fun of hype surrounding other cryptocurrencies.

The coin soared more than 2,300 percent from 3 cents in late 2020 to a peak of 73 cents in early May, buoyed by tweets from Musk and contagious hype among online traders. The price plummeted later in May when Musk called Dogecoin a “hustle” while hosting Saturday Night Live.

Coinbase went public in April with shares trading as high as $381. But as prices of Bitcoin and other cryptocurrencies have plummeted in recent months, Coinbase shares have since fallen 36 percent, recently trading at $242 on Wednesday.