Doom 2 has been confirmed in the demonically-twisted shape of Doom Eternal, a sequel to the 2016 Bethesda reboot of the classic gaming franchise.

During its press conference at E3 2018, the publisher confirmed the game along with a teaser, which sadly didn’t feature any gameplay, but did focus on a new location.

Yep, it looks like the hellacious shooter is moving the maiming from Mars to Earth, while players can expect twice as many demons, and the Doom Slayer – the lead character – is set to be twice as powerful.

The camera pans across a fiery landscape littered with deceased demons and impaled humans, all set to a suitably heavy guitar soundtrack.

The studio is set to host Quake Con in August 2018, so expect to hear more news about Doom Eternal from there. 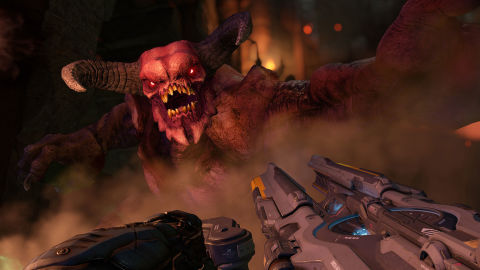 In Digital Spy‘s Doom review, we said: “Relax – this is very nearly the Doom you’ve always wanted but never really thought you’d get. By focusing on Doom’s brutal, ultraviolent heart, Id has created an all-action FPS in the old-school style, but with next-gen looks and a handful of mod-cons. It’s not going to reinvent the genre, but it might help you rediscover all the good stuff that used to make it tick.”

Bethesda has also confirmed that it’s working on a long-awaited Skyrim sequel with Elder Scrolls 6 being announced alongside a new logo… and not much else. 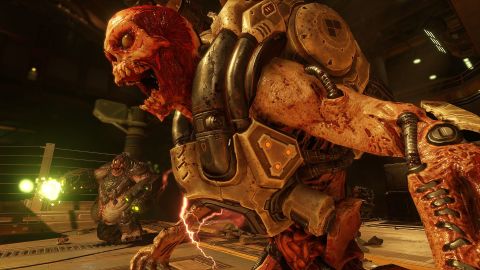 FIFA 19 has pinched the UEFA Champions League rights from Pro-Evo and Battlefield V has teased its answer to Fortnite‘s epic battle royale mode.