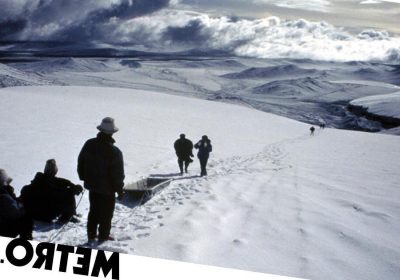 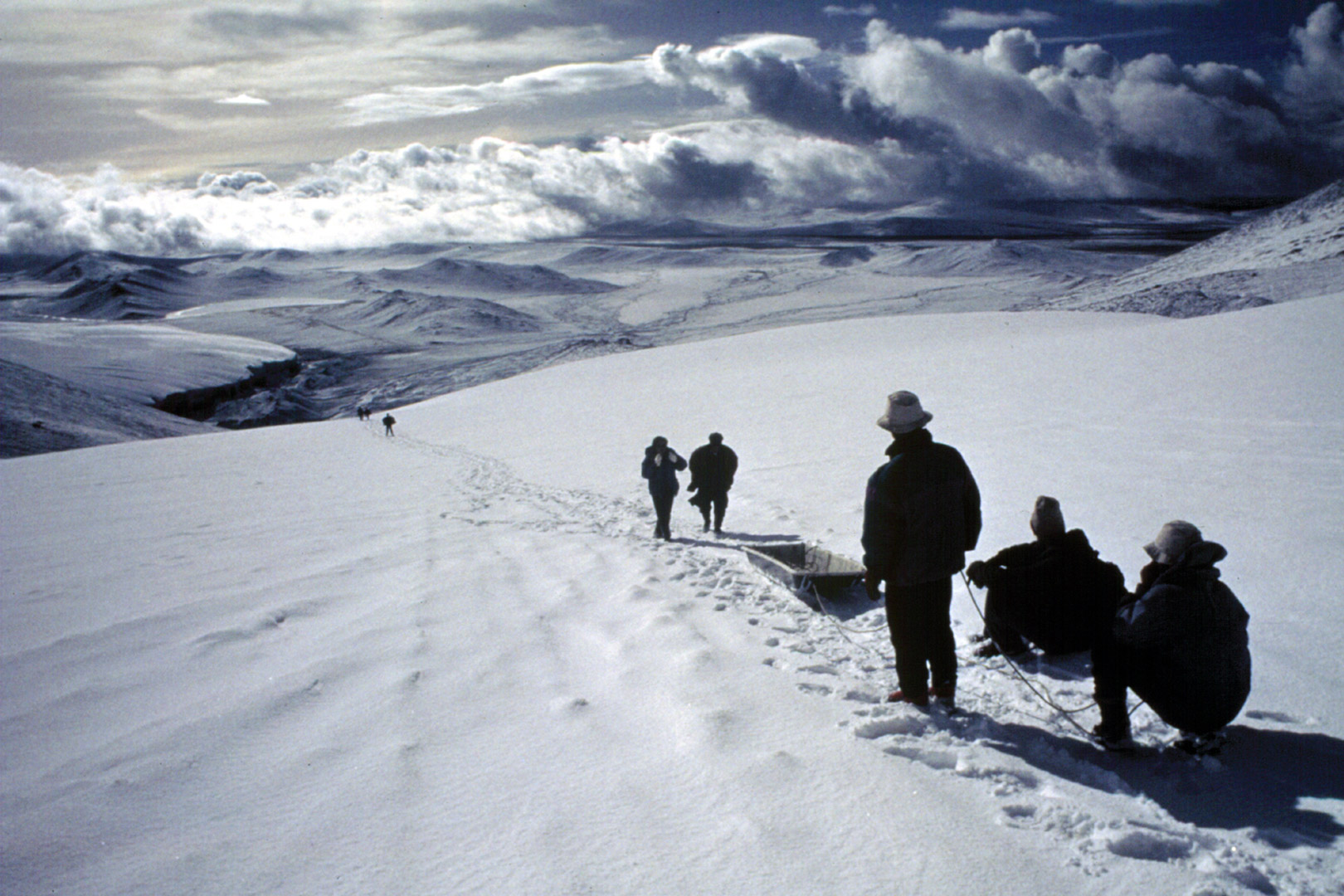 Dozens of new viruses previously unknown to science have been discovered frozen in a Tibetan glacier, which was formed up to 15,000 years ago.

Researchers from Ohio State University took two cores of ice from the Guliya ice cap back to their lab, and found virus samples that had most likely lived in soil or plants – 28 of which have never been known to scientists.

The team, publishing in the journal Microbiome, uncovered 33 viruses in total, and say the findings may help shed light on how viruses have evolved over time.

‘These glaciers were formed gradually — and along with dust and gases, many, many viruses were also deposited in that ice,’ said Ohio State professor Zhi-Ping Zhong.

‘The glaciers in western China are not well-studied, and our goal is to use this information to reflect past environments.

‘And viruses are a part of those environments.’

The studied ice samples were from 2015, but would have been originally formed on the summit of the glacier thousands of years ago.

Each year, ice accumulates in new layers, trapping whatever is lying on the surface and preserving it from outside contamination.

This natural record lets scientists learn about the atmospheric composition, climate and microbiota of the past.

Four viruses that scientists had previous record of appeared to be those that typically infect bacteria, and were found in much lower concentrations that similar samples found in soil or the ocean.

The viruses that researchers hadn’t seen before appeared to have survived because they were well adapted to extreme conditions – while the ice may have helped preserve them, their natural adaptations also made a difference.

‘These are viruses that would have thrived in extreme environments,’ said paper author Matthew Sullivan.

‘These viruses have signatures of genes that help them infect cells in cold environments — just surreal genetic signatures for how a virus is able to survive in extreme conditions.’

To quell any concerns about these new viruses adding to the pandemic misery of the past year and a half, researchers were quick to point out these viruses likely came from plants or soil, not human or animal hosts.

But they could still help scientists understand how viruses and microorganisms survive in extreme environments.

‘These are not easy signatures to pull out, and the method that Zhi-Ping developed to decontaminate the cores and to study microbes and viruses in ice could help us search for these genetic sequences in other extreme icy environments,’ said Sullivan.

‘These settings could included locations like Mars, for example, the moon, or closer to home in Earth’s Atacama Desert.’

The Ohio State team’s paper is reportedly only the third of its kind to study viruses preserved in glaciers — but it will become more common as the climate warms and glaciers thaw.

‘We know very little about viruses and microbes in these extreme environments, and what is actually there,’ said co-author Lonnie Thompson, also of the Ohio State University.

‘The documentation and understanding of that is extremely important: How do bacteria and viruses respond to climate change? What happens when we go from an ice age to a warm period like we’re in now?’ 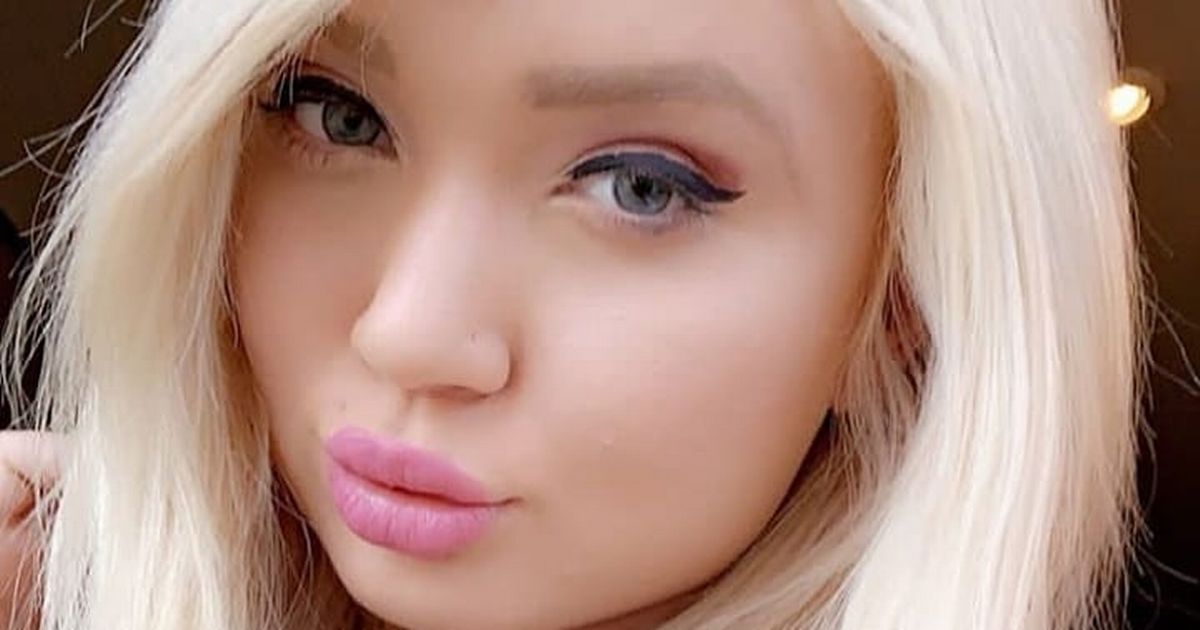