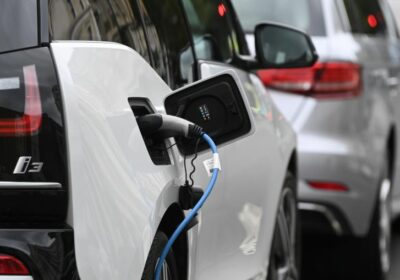 DETROIT (BLOOMBERG) – When it comes to reliable cars, the newest and latest are not always best.

Electric vehicles fare poorly in the latest reliability study from Consumer Reports, with Tesla and its battery-powered line-up finishing second to last for the second-straight year. Only Ford Motor’s Lincoln division was worse, the organisation said Thursday (Nov 18) at the Automotive Press Association in Detroit.

But there is a twist: It is not the battery or motor that makes EVs less reliable. It is the glitchy new gadgets that carmakers, especially Tesla, pack in to make their vehicles feel modern and appeal to early adopters. EVs tend to have touchscreen controls for climate, seat controls and other devices that once were mechanical, leading to problems.

“A lot of EVs are at the high end of market and have a lot of new tech, like news ways to open the doors,” said Mr Jake Fisher, senior director of auto testing at Consumer Reports. “It’s causing problems.”

Electric vehicles usually come with the latest infotainment systems, large touch screens, and features like over-the-air updates that can send new software from cloud. The software and equipment is relatively new, and Consumer Reports says automakers have not worked out the bugs out.

The Tesla Model X and Y SUVs and Model S sedan all rank below average in reliability. Only the Model 3 ranks average and gets a recommended rating, Mr Fisher said.

It is not just Tesla. The Audi E-Tron and Volkswagen ID.4 EVs also were below average, Consumer Reports said. One exception: The Ford Mustang Mach-E electric vehicle did well.

German luxury brands also placed in the bottom half because their cars tend to have a lot of new technology, Mr Fisher said. BMW placed 17th and Mercedes-Benz a lowly 23rd.

Overall, Japanese brands took eight of the top 10 spots in the rankings. Lexus was first, followed by Mazda, Toyota, Infiniti and Buick. Honda, Subaru, Acura, Nissan and Mini round out the list.

GM’s Buick and BMW’s Mini were the only non-Japanese automakers in the top 10.

Mr Fisher said Japanese brands tend to make fewer engineering changes, even with new models, and have been slower to add new technology, so their vehicles have fewer problems.