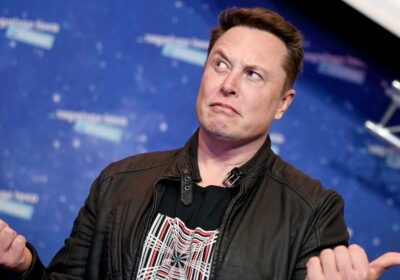 Elon Musk has faced defeat after his vow to create an implant that could merge mankind with robots was realised by someone else.

A severely-paralysed man in New York is now able to control his phone with his thoughts, including sending messages with his brain, after he underwent a relatively simple surgery to implant a tiny chip into his brain, becoming the first in America to receive a chip of this kind.

The chip, created by Australian doctor Tom Oxley and his team at New York start-up Synchron, interprets brainwaves and translates them into mouse clicks, swipes and even emails.

Musk has warned humanity in the past that to "secure the future of humanity relative to AI" we will have to implant chips that make us more robot-like – and started the company Neuralink in 2016 to create a brain-to-computer interface to tackle the problem.

The initial goal both of Synchron and Neuralink was to help the severely disabled use their digital devices, which will help them communicate with loved ones as well as surf the web and read the newspaper.

"Paralysis is untreatable, and BCI [brain-computer interfaces] is going to be an incredible, life-changing technology," Oxley said.

Meanwhile, neurobiologist Professor Andrew Hires said of Neuralink: "The first application you can imagine is better mental control for a robotic arm for someone who's paralysed."

However, some researchers have a different application in mind.

Several have suggested that Musk's chips could, in addition to allowing severely paralysed people to control robotic limbs and even entire exoskeletons – give users orgasms on demand, revolutionising human sexuality.

This isn't the first time such a device has been created – in 2001 Dr Stuart Meloy developed a device jokingly dubbed "The Orgasmatron" for its exciting effects on users.

He told New Scientist: "I was placing the electrodes and suddenly the woman started exclaiming emphatically.

"I asked her what was up and she said 'you’re going to have to teach my husband to do that'."

However, despite the six years of work and $360m invested by Musk and the likes of Google, the tycoon's own brain-altering start-up doesn't yet have much to show for itself.

Synchron was able to develop the implant, beating out several world-famous tech titans in the process, by taking a different approach to installation than Neuralink.

Through his start-up Musk developed a robot that drilled a hole in the skull and then sewed thousands of microscopic polymer threads into the brain – but the process was incredibly risky.

Synchron goes in through the jugular veins in the neck before guiding itself through blood vessels and into the brain.

From there, the clever device sends signals to a device implanted in the chest that transmits data via Bluetooth to a mobile phone or computer.