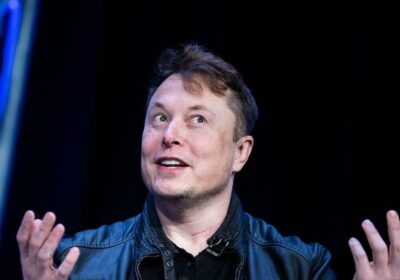 Elon Musk is now so wealthy that he has more money than Bill Gates and Warren Buffett combined.

With his fortune clocking in at $236 billion (£171 billion), Musk is now not just the world's richest person—he is richer than the two billionaires who previously held the title.

On Twitter Musk joked that "Maybe Buffett should invest in Tesla" after edging out the veteran billionaires.

He also tweeted that he was 'hopefully' rich enough to "extend life to Mars."

Meanwhile, Musk has further edged out his rival Jeff Bezos, who is now only worth a pitiful $197 billion according to this year's Bloomberg Billionaire Index.

When Musk first nabbed the title from Bezos in January, he didn't seem that bothered, and simply commented "How strange… Well, back to work."

The SpaceX CEO's personal wealth has soared in recent years largely thanks to the booming value of stocks in his electric car company, Tesla. Stocks in the company are currently worth $843 USD.

Both Buffett and Gates founded 'The Giving Pledge' in 2009, where they promised to give away at least half of their fortunes to charity.

Part of the reason the two have dropped down the list of richest people is because they've given the money away.

Gates and his now ex-wife Melinda donated around $36 billion to the charitable Gates Foundation, while Warren Buffet has given about $29 billion.

Earlier this year, Musk promised to give away $100 million as a prize for a contest to build carbon capture technology.

If created, this could suck carbon out of the atmosphere and possibly slow climate change.